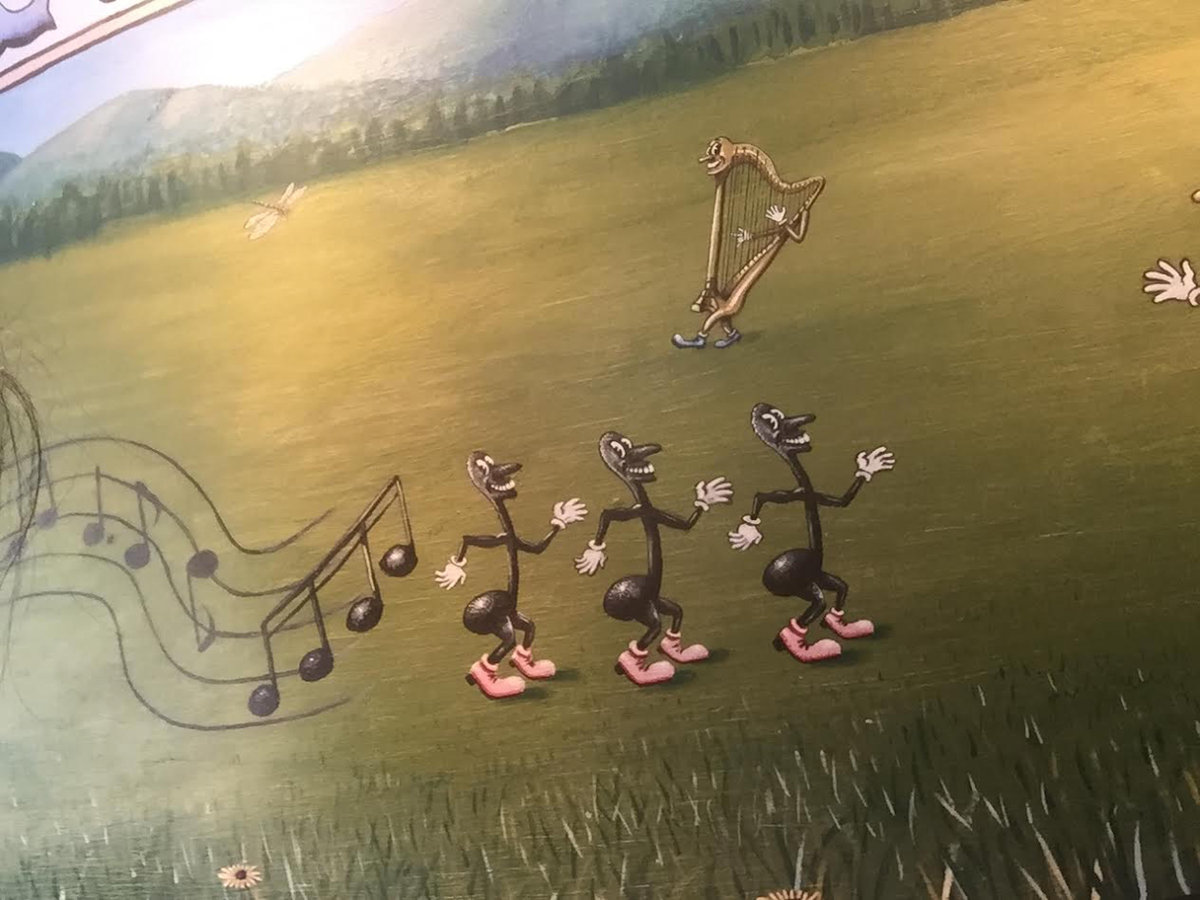 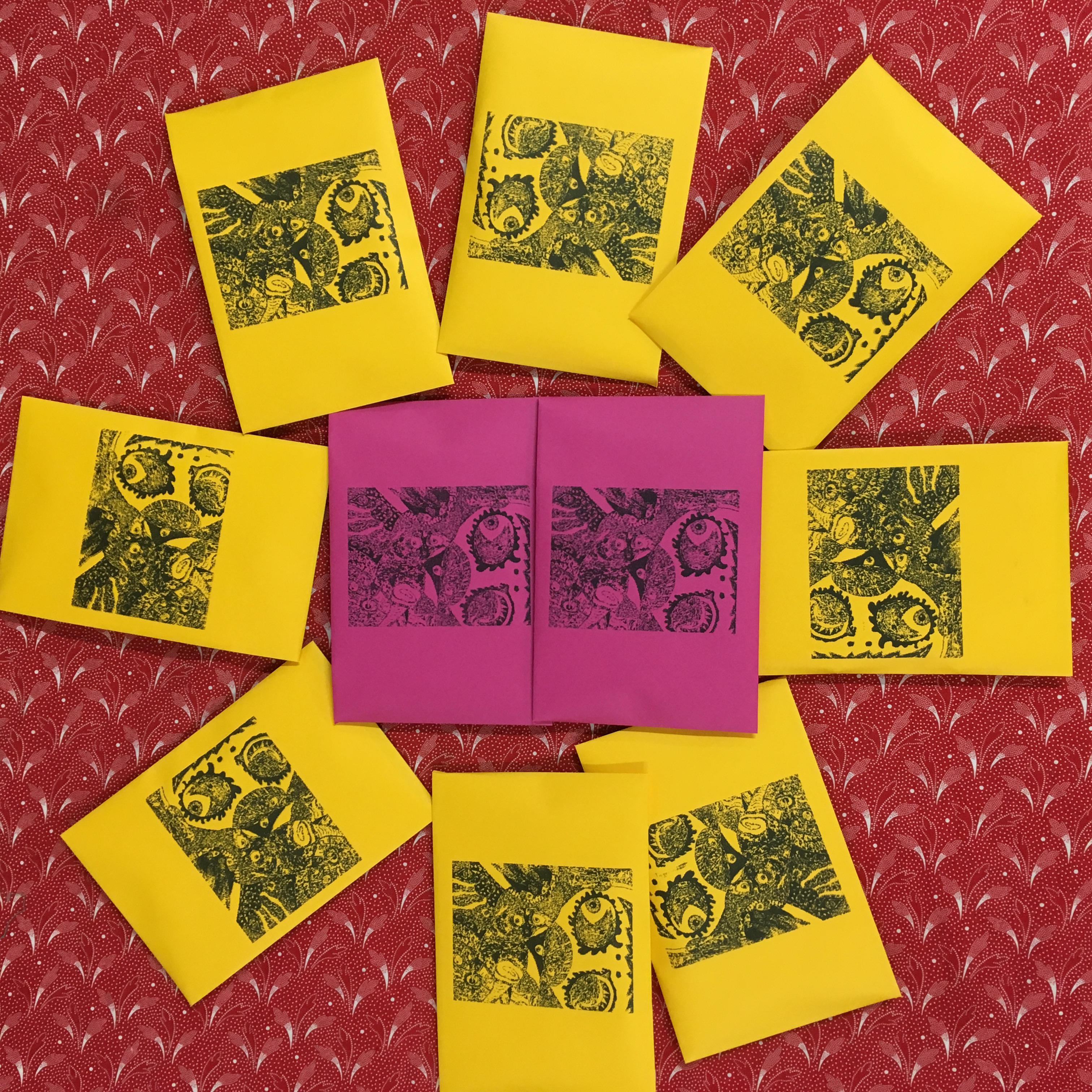 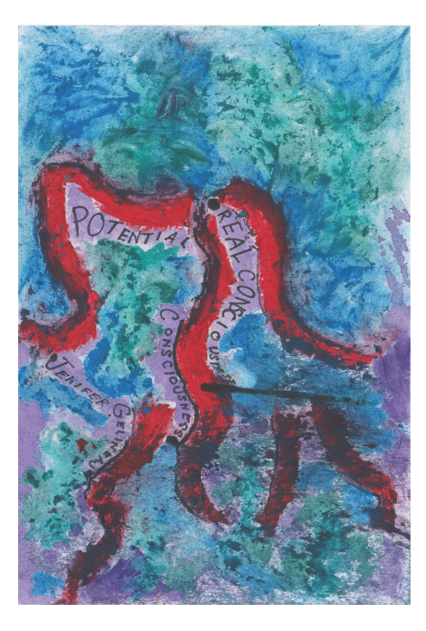 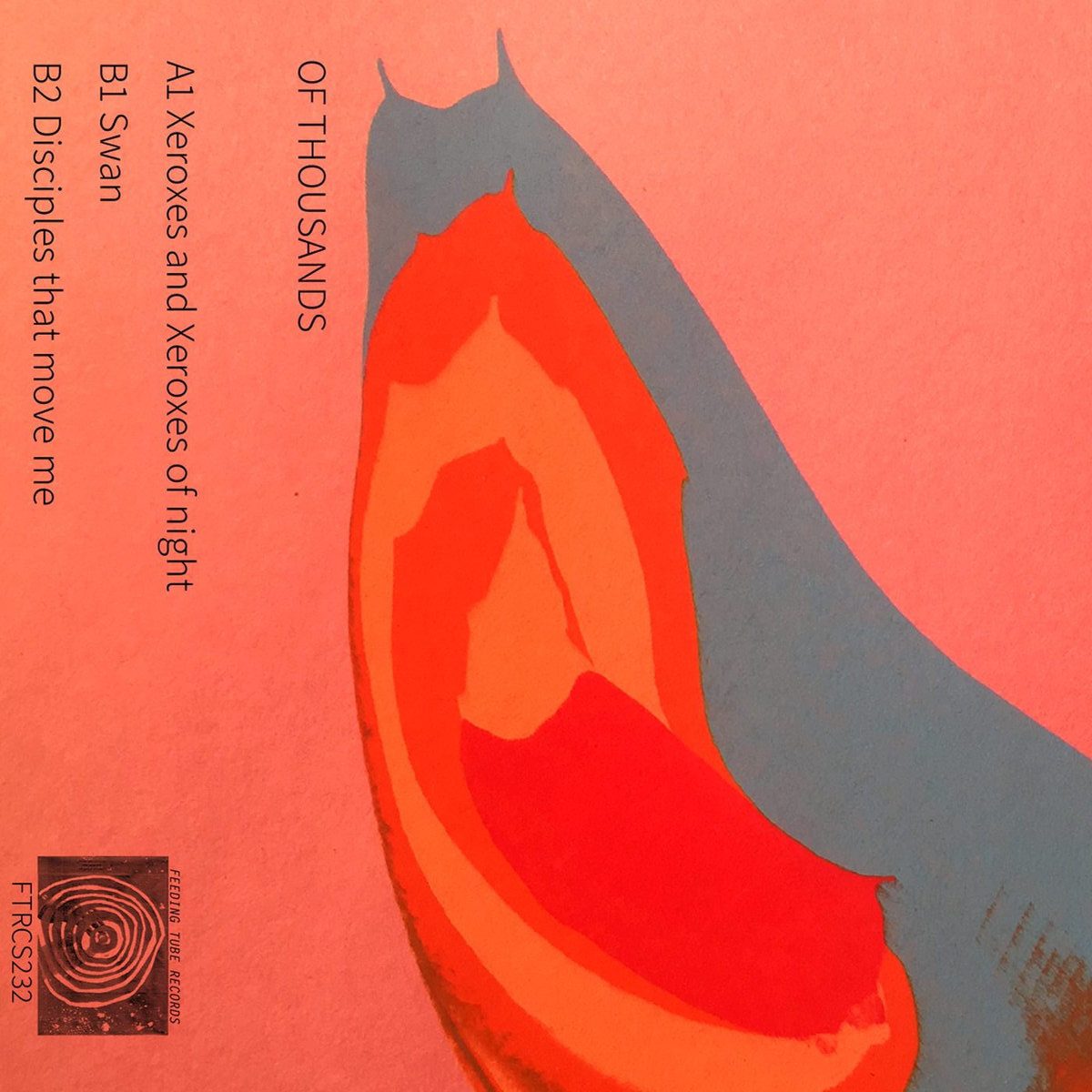 CS17 Edition of 150 Of Thousand’s bandcamp Debut release by this very hep Boston duo made up of Arian Shafiee (Guerilla Toss) and Mia Friedman (Hollow Deck). Not particularly reminiscent of any of their ur-groups, the music from Of Thousands blends keys, strings, voices, electronics and loops into avant garde chamber sput with surly attitudinal content. One is reminded of the opening line os X Ray Spex’s “Oh Bondage, Up Yours!,” at least in terms of conceptual approach. Because while the audience is anticipating a tongue load of sugar, what’s delivered is a load more resembling porcupine quills. The most facile comparisons are to small bits found on the albums of European art rock legends like Slapp Happy and Vibraslaps, but… Read more » 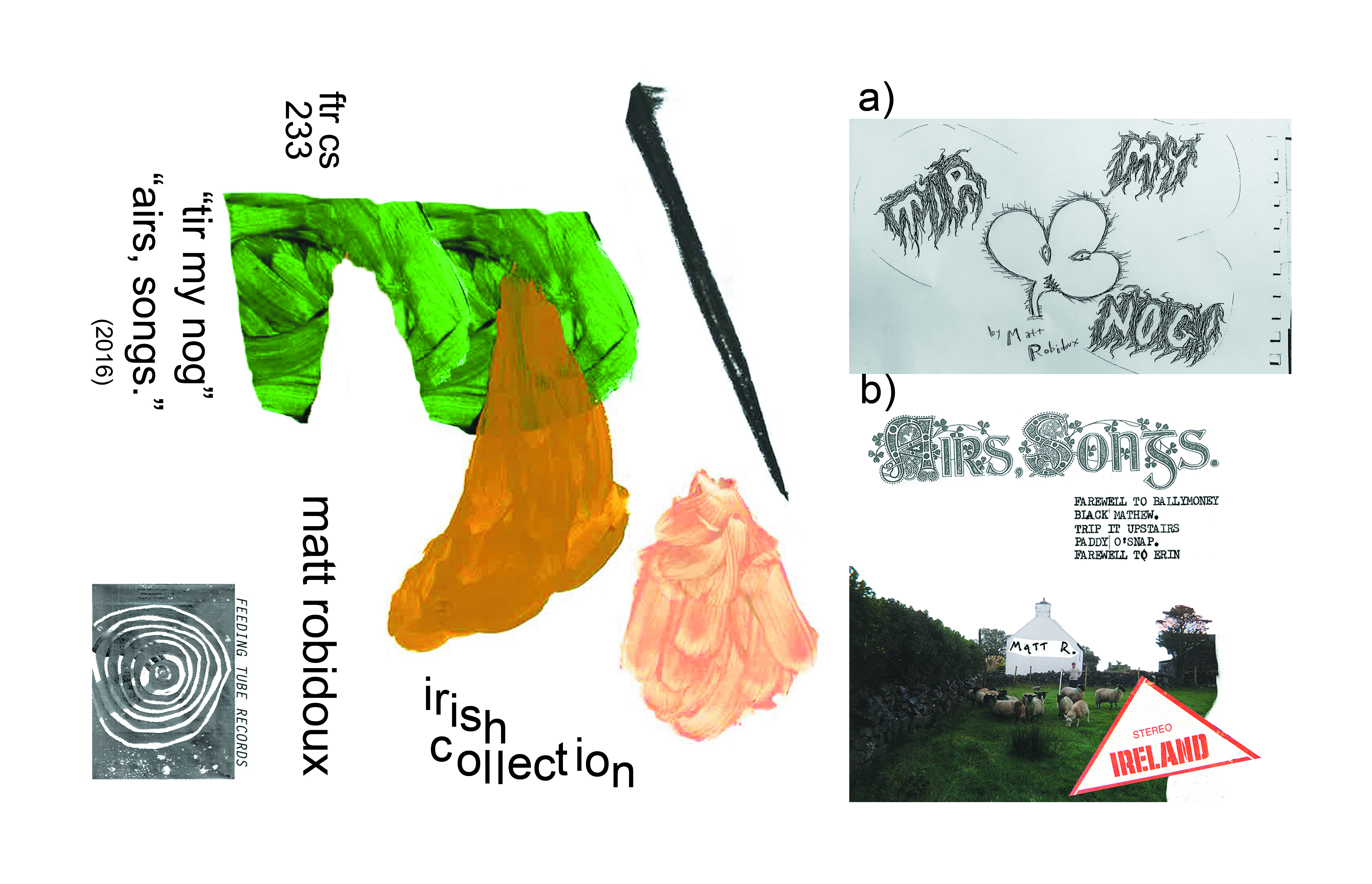 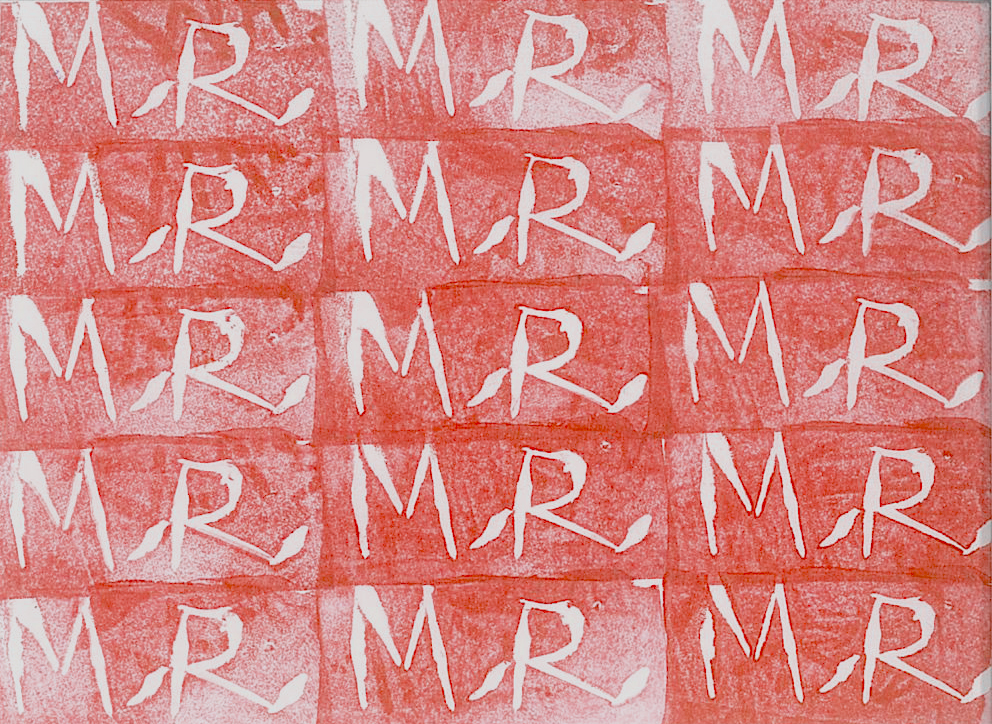 CS Edition of 150 He is probably best known for guerrilla show promotions in Western Mass, and his work with “rock” units like Speedy Ortiz, Curse Purse and Graph. The Three Pieces project, however, is the first example of Matt’s compositional work. On this tape, MR leads a quintet including Andy Allen (Hollow Deck), Tom Crean (Banjo Assault), Victor Signore and Jeremy Starpoli (Squidlaunch). Using winds, keys, reeds and strings, these five play three of Matt’s written works, focused equally on place and technique. Two of the works focus on microtones, and the third is based on pitch controlled simultaneous improvisation. It’s a goddamn revelation of a tape for anyone who thinks of Matt as the noise-squirrel he so often… Read more » 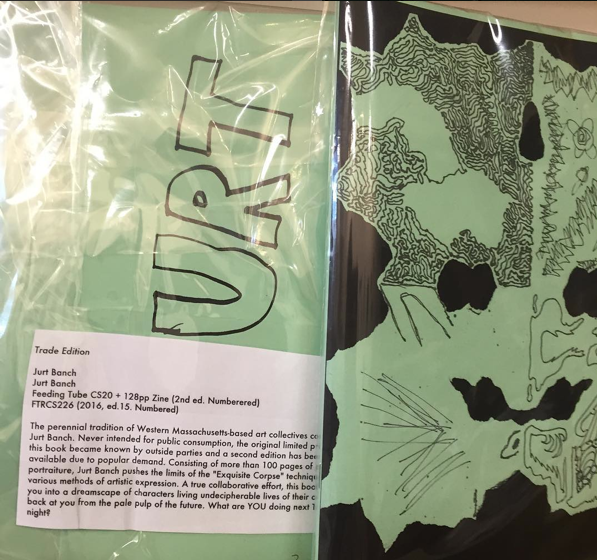 Jurt Banch, 128pp, 2016, 2nd Pressing (Edition of 100) with 20CS (Edition of 15) OUT OF PRINT The perennial tradition of Western Massachusetts-based art collectives continues with Jurt Banch. Never intended for public consumption, the original limited print run of this book became known by outside parties and a second edition has been made available due to popular demand. Consisting of more than 100 pages of poetry and portraiture, Jurt Banch pushes the limits of the “Exquisite Corpse” technique into various methods of artistic expression. A true collaborative effort, this book will enter you into a dreamscape of characters living undecipherable lives of their own, smiling back at you from the pale pulp of the future. What are YOU doing… Read more » 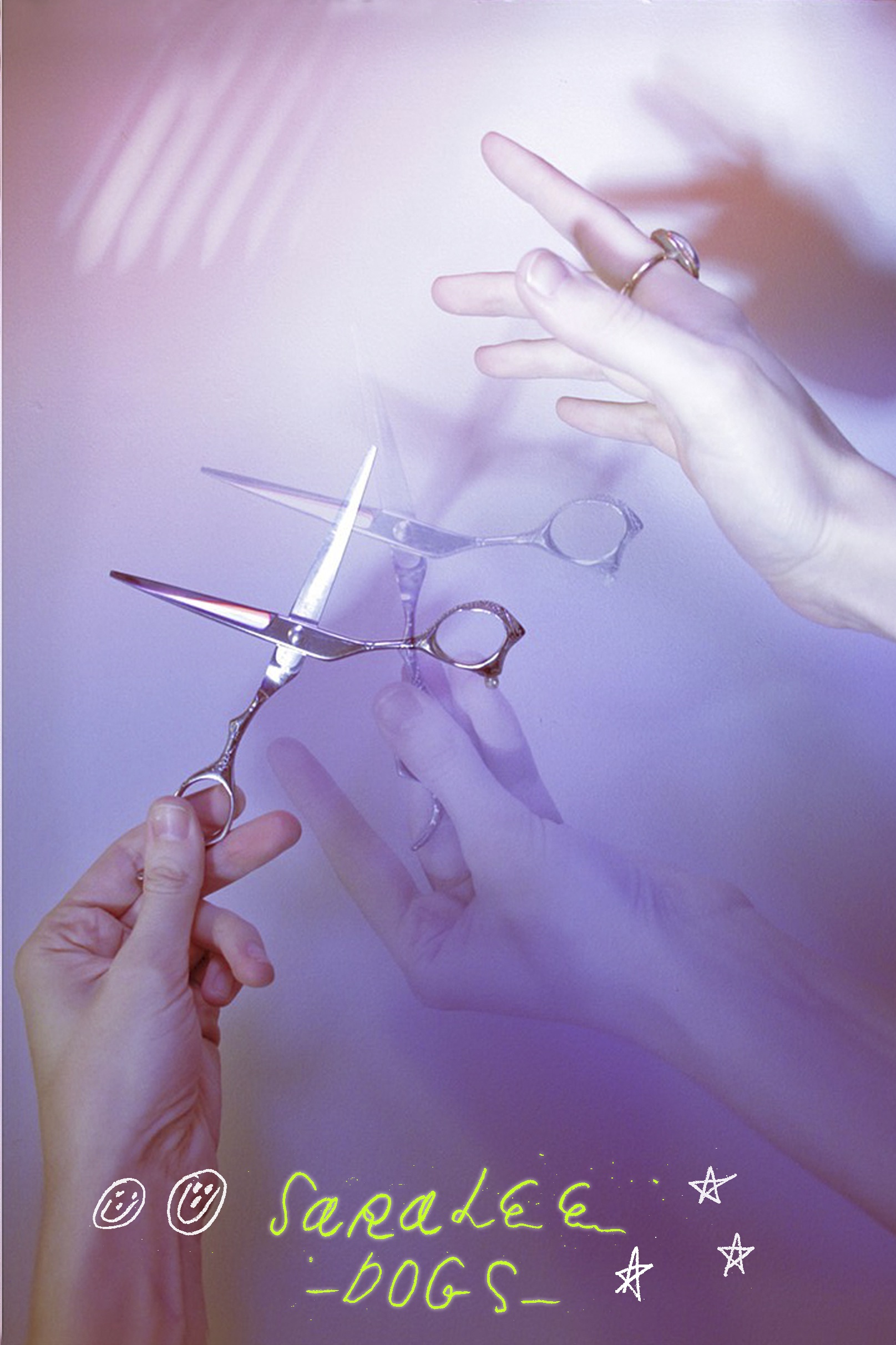 CS Edition of 150 Sara and Lee from Allston, MA bring you ten blissful songs that shoot out of your speakers and enter your head space. Crank this lo-fi gem and forget your worries. Cheers! 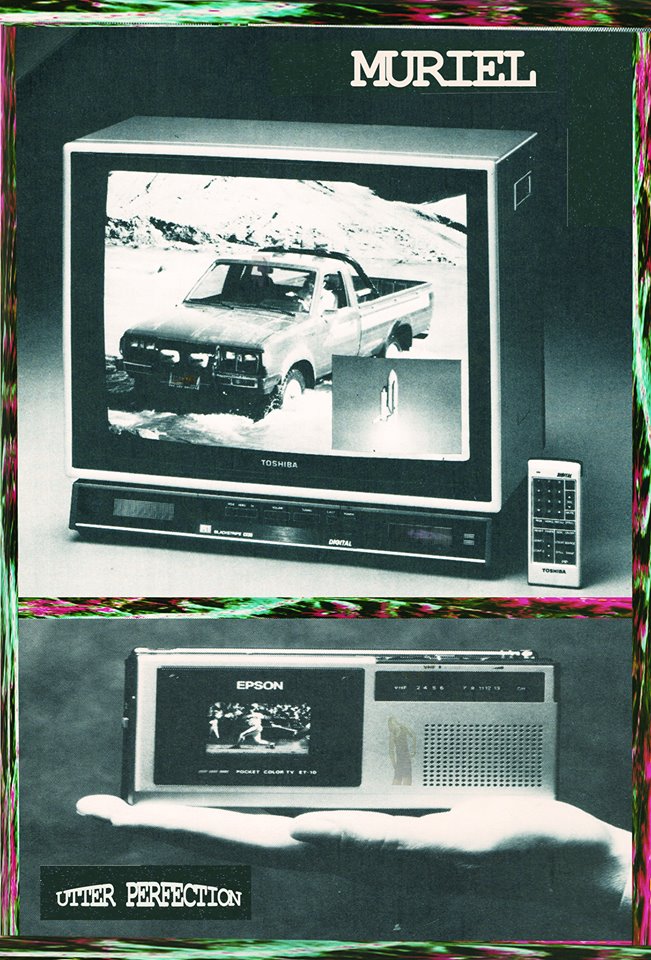 CS-24 Edition of 150 Out of Print! Lily and Kassie both have their own bands (Palberta and Guerilla Toss, respectively), but they also share an unhealthy fascination for the berserker wing of the electo-pop underground. Kassie has previously explored this side of her personality on the Jane La Ondo/Size Queen “split” (FTR180), but here she uses her own name proudly. And why not? Lily shows that she’s as much of a weirdo with her pulsing, bubbling mix of vocals and stubby pulse-rondelays. At times it sounds as though she’s making music for the devil’s own roller rink. And we can only say, “Olé!” Kassie’s side is more summery, like a beach party for the staff of K Records with music emerging… Read more » 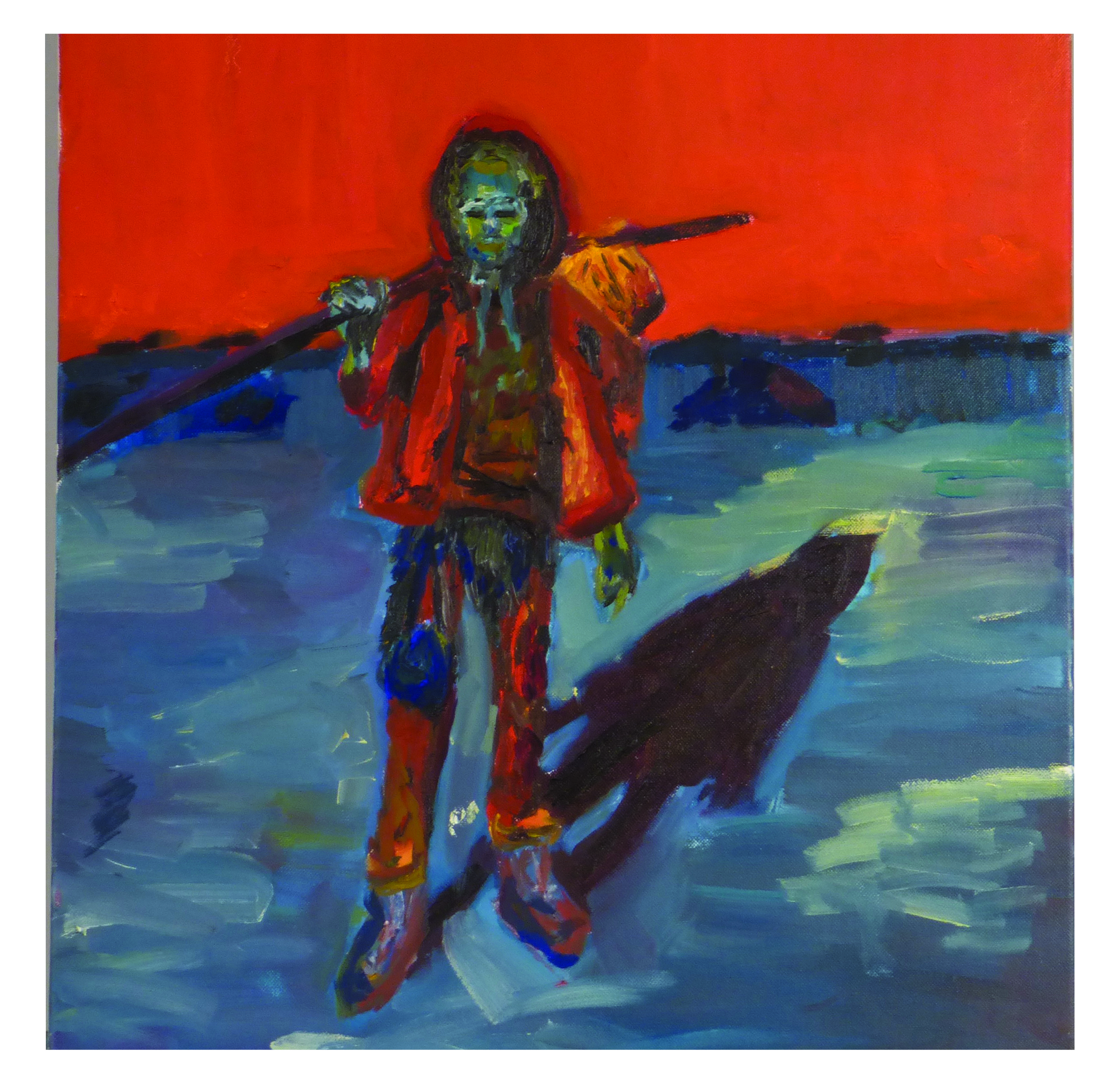 The Cradle - Drink The Water (Cassette)

The Cradle “Drink The Water” CS Edition of 150 The Cradle is the solo recording project of Brooklyn-based musician Paco Cathcart. Mr. Cathcart is a prolific solo generator, but actually first came to our attention via his studio work for the always incredible Palberta. This led to knowledge about Paco’s own musical work, both as a member of Big Neck Police and on his own, as The Cradle. Unlike the noisy avant splange of Big Neck Police, The Cradle’s music (at least on Drink the Water, which is one of about 20 albums Paco has recorded) is a sort of woozily teetering assemblage of  neu-volk moves, overlaid with basement pop vocals, and tossed with a lot of sideways form-moves of… Read more »