The Laminated Apes were an fitfully extant improvising unit originally assembled by Western Mass culture heroes, Bob Fay and Shannon Ketch. If you don’t know them already, look ’em up (and shame on you!) As so often happens with such projects, they swiftly drew other devotees-of-freedom to their orbit, and by the time they cut this session (which may or may not be part of a long rumored 2LP set), they were eight in number.

Besides the principals, participants include Andy Goulet, Greg Tessier, Jim Bliss (who was in the Bunwinkies with Shannon), plus Jen Gelineau, Miss Olivia Kennet and Ted Lee (who were all involved with Egg, Eggs at the time.)

Together, the octet version of the band manages to create a very lovely kind of drone-and-sonic-event blend that hums along like a time-tortoise, while also managing to suggest psychedelic rockiest impulses. Who does what, exactly, I cannot easily say. I saw them once (maybe at the show at John Doe Jr. where their other lathe — FTR 141 — was recorded), but Scott would never turn the lights up enough to see anything, so my tendency was always to doze off.  Even if I was performing. And this would be GREAT music for snoozing, I have to admit. But if you take that lazy route, rather than sitting up and actively digging the sounds, you will miss something very jake.

The Laminated Apes had a very strange and spectral way of making music. And if you listen to it real close, you can almost figure out what it is they’re doing. Go ahead, make your day. I dare you. 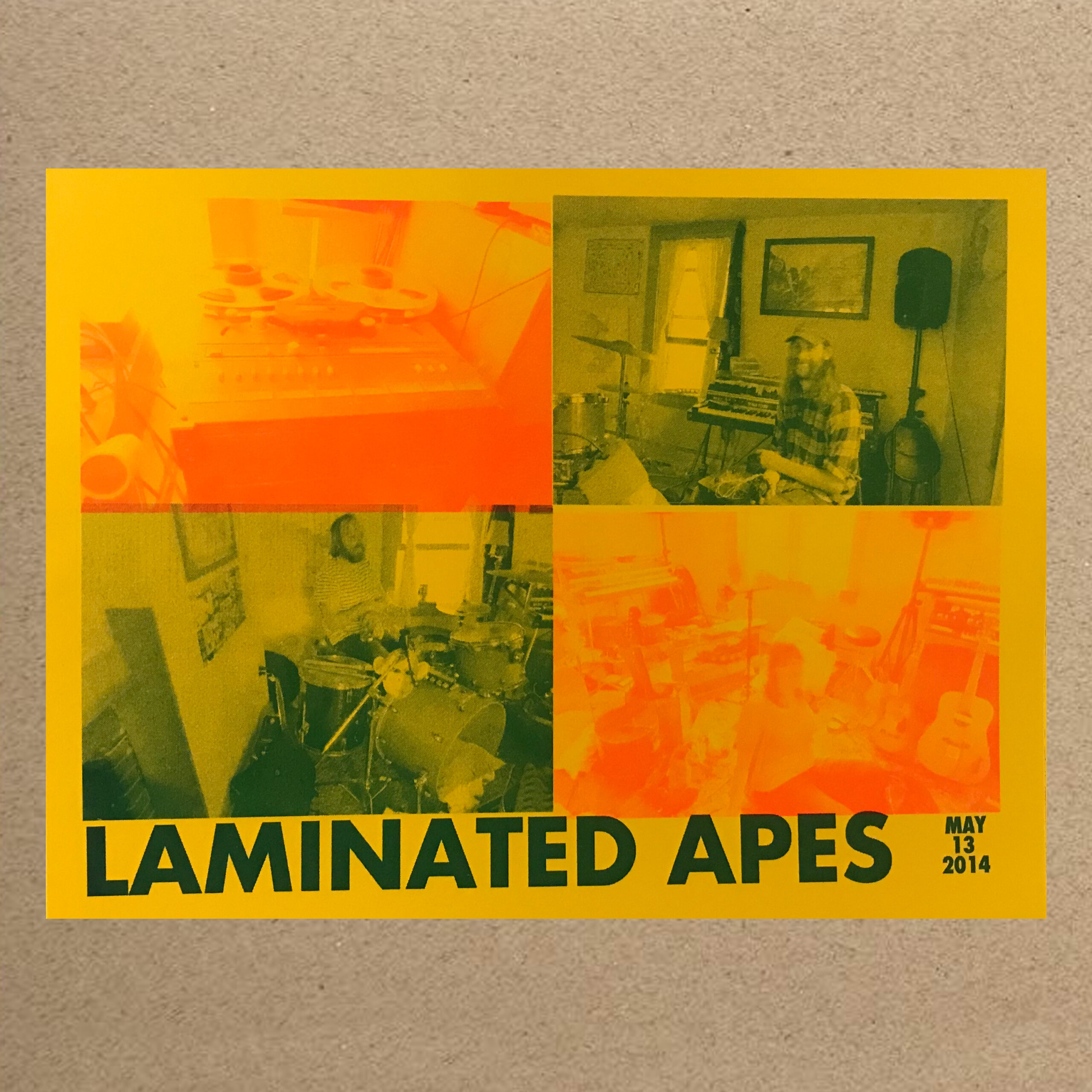