Two Much - The Abstract Horse

LP with Download code. Edition of 200. Art by Allison Tanenhaus

An incredible, primitive and ecstatic teenage garage rock explosion from the suburbs of 1968 Orlando, Florida. With an instrumental line-up consisting of just guitar and drums, this is a version of rock & roll as raw and naked as only a duo can manage. Think Half Japanese, the Work Dogs, the Bassholes and so on — Two Much are cut from the same wicked cloth.

I remember a cassette of some of this material circulating around sub-underground Boston back in the 1980s. Might have been around the time Robin Amos’s post-Girls band, Shut Up (with Glenn Jones), was finishing up their run. Robin was a well-known player on the scene both as a musician and a recordist, and people were jazzed to check out his teenaged roots. But the pummeling racket created by this two man demolition squad — with Robin on drums and his buddy, John Chadwick, on guitar and vocals — was way too much for the squares to handle. None of the era’s hep new wave labels knew what to do with the tapes either, so back into storage they went.

But Robin was pleased with the results of the Girls’ Punk-Dada-Pulchritude LP (FTR 220), and a year or so ago he asked if we’d be up for giving the tapes a listen. My faulty memory banks recalled a band that mostly did covers (their versions of “Break on Through” and “Lucy in the Sky with Diamonds” are both stuck deep in my brain.) But Robin assured us that Two Much did mostly originals, and lo and behold — when the files arrived they were rich with crazy tunes the pair had written themselves between the ages of 10-12 (Johnny) and 12-14 (Robin). Amazing! Many bands then only had one “original,” and it was usually a dull blues readymade.

Two Much had tons of short tracks that spoke directly to the heart of junior high desire, and also managed to create a distorted, 6+ minute, political opus called, “State of the Union ’68.” That track is so far from what you’d expect that it kinda DESTROYS in all imaginable ways. Plus, in “Who Says,” you get to enjoy the immense pleasure of hearing a 12 year old sing, “Most of my life I’ve been working/Slaving my life away/Working in the king’s mine fields.” Insane!

Two Much’s one session was recorded by Robin’s dad, in their living room, right before John Chadwick and his family moved from Florida to California. Sadly, John and Robin fell out of touch over the years, but the sound of Two Much is an eternal beacon of teenage truth & justice. Burning in the dark suburban night of pre-Disney Orlando. We should all have back pages like this! 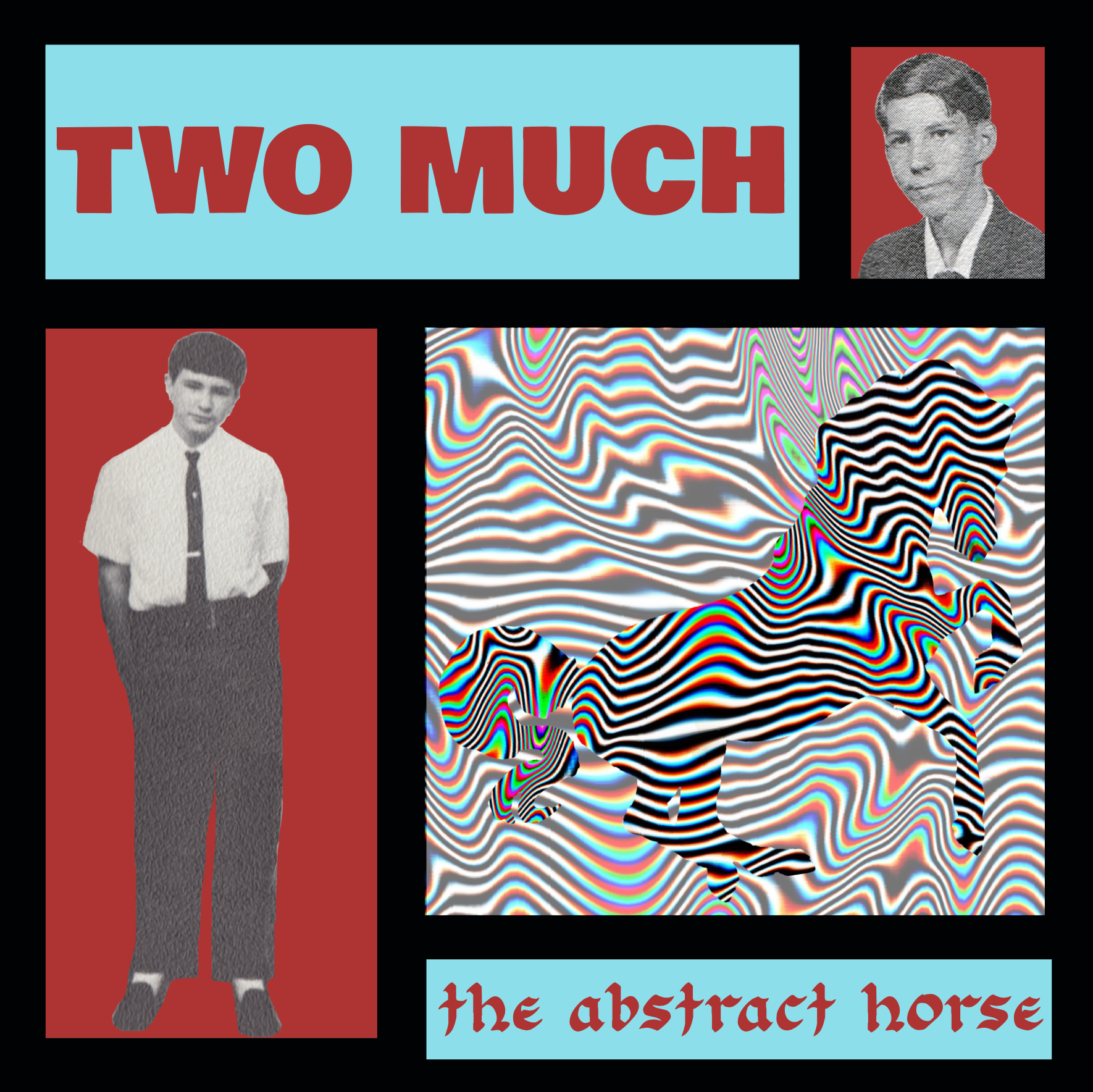