Pretty much everybody you’d ever trust in such matters has, at one time or another, stated clearly that The Girls were the best band Boston ever produced. Their 1979 “Jeffrey I Hear You” single on Pere Ubu’s Hearthan label is one of the highpoints of American art-punk by any standards you can imagine. Everyone who ever saw them play live was floored by the sheer craziness of their approach. And their songs were strange, great and uniquely their own.

Mark Dagley, Daved Hild, Robin Amos and George Condo came together in dribs and drabs over the course of two years. Slowly growing in number as their material became more complex and zoned, they were a quartet by the time they packed it in at the end of the ’70s. But this album presents swabs of their earliest work. Some of it is just Mark and Daved. Then Robin joins. Then George. And you can hear and feel their palette expand and mutate.

Some of the songs here are protean versions of subsequent classics. Others are the first evidence of experiments that came and went before they could even be played at gigs. And it’s all goddamn incredible. Just as Pere Ubu — a band that was The Girls’ most important booster — created entirely new sounds and approaches to their material in order to get the stuff across, so The Girls blasted through Boston’s late ’70s underground, with a fully weaponized art-punk approach that destroyed minds with regularity. 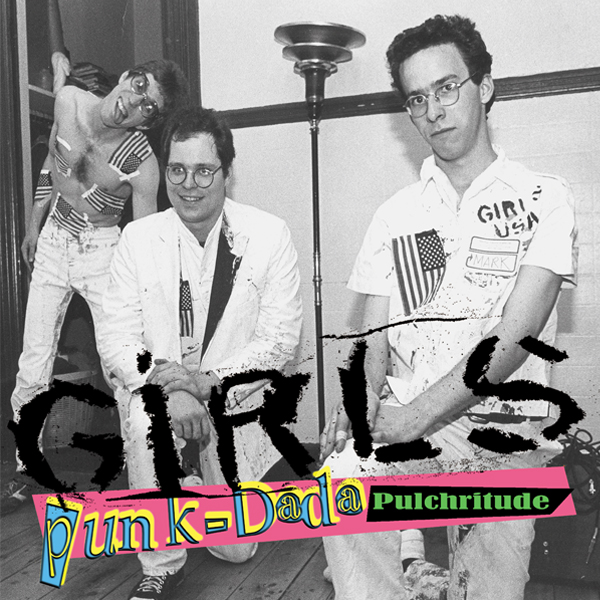