Twelve year’s after this French trio’s last LP (the mind-ripping Manifesto Zero), guitarist Gregory (GR) Raimo, bassist Matthieu Canaguier and drummer Antoine Hadjioannou have released an album of material recorded back in 2012 (from the sessions as the Massacre-Rock Deviant Inquisitors EP). And it is another wild brew of destructo rock madness played with a timeless ferocity that lends it the sort of proto-punk MASS that defies its actual date of creation.

GR has released other nutsloid records in the interim — The GR Record Head (Cardinal Fuzz) and the mysterious Electric Rockin’ Chair LP (FTR507) by Hôpital De La Conception — but there’s a special, uniquely strange grit to the way the Gunslingers put together their material. Parts of Supreme Asphalt Doser have a tightly wound dynamism that makes me imagine what the Groundhogs might’ve sounded like if they’d been founded by three speed freaks in Detroit in 1974. It’s like the most insane power choogling you’ve ever heard. One spin of the first side would have sent Lester Bangs straight to hog heaven.

The flip is equally messed-up, but with more experimental detailing. The component pieces are still, thick raw slabs of blood-rock, but they’re assembled in a way that is pure freakery. “Be-Bop-A-Lula-Louie-Loua” is like something Rudolph Grey and Von LMO might have come up with if they’d had a sense of humor back in the Red Transistor days. And the collage piece, “Rebop From Arthur Lipsett’s Fluxes,” is a great collision between avant garde techniques and the band’s Brutalist tendencies.

I doubt here will ever be another combo quite like the Gunslingers, so everyone should thank their lucky goddamn stars this archival treasure was pulled out of the darkness. It is indeed the Supreme Asphalt Doser. I don’t think any other Asphalt Doser even gets close.

Have no fear, you amphetamine lovers, speed freaks and sonic maniacs, have no fear not to find among these 7 uncompromising tunes the illuminated fever of what constitutes the band’s DNA in its wildest incarnation, the alchemy of a unique style beyond the genres, the irreverent dreams calcined by a sound blowtorch, by the electro shocks overheated in the traumatized adrenalin ; have no fear, you counter-cultural worshippers and hygiene opponents, you zealots of the subtle oversaturation, of the plastic from beyond the grave monstrously remodeled in deformed oddness… Have no fear, you proto-punks, Gunslingers knows no homeland, Gunslingers is everywhere for no one and nowhere for everyone. _ Opaque Dynamo

” Once again Gregory Raimo drops a hydrogen bomb of an album (or in this case cassette) on us leaving alla you pampered pooches in such shock that you can’t even run home to the comfort of your mother’s boobies. Hard overdrive rocknroll is once again in store, and it’s played to such a fever pitch that those usually daft comparisons to the velvet Underground and Stooges that I have made these past fortysome years sound even more banal than they usually have.. So out-there powerful that alla those eighties hopes of ours (Halo of Flies, the Australian bands) sound pattycakes in comparison. Maybe High Rise with a tad of LSD March added? Hey Raimo, if you read this tell us how we can get a copy for ourselves. ”  _ Chris Stigliano, Blog To Comm 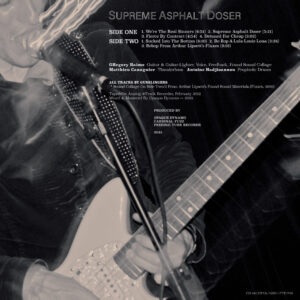 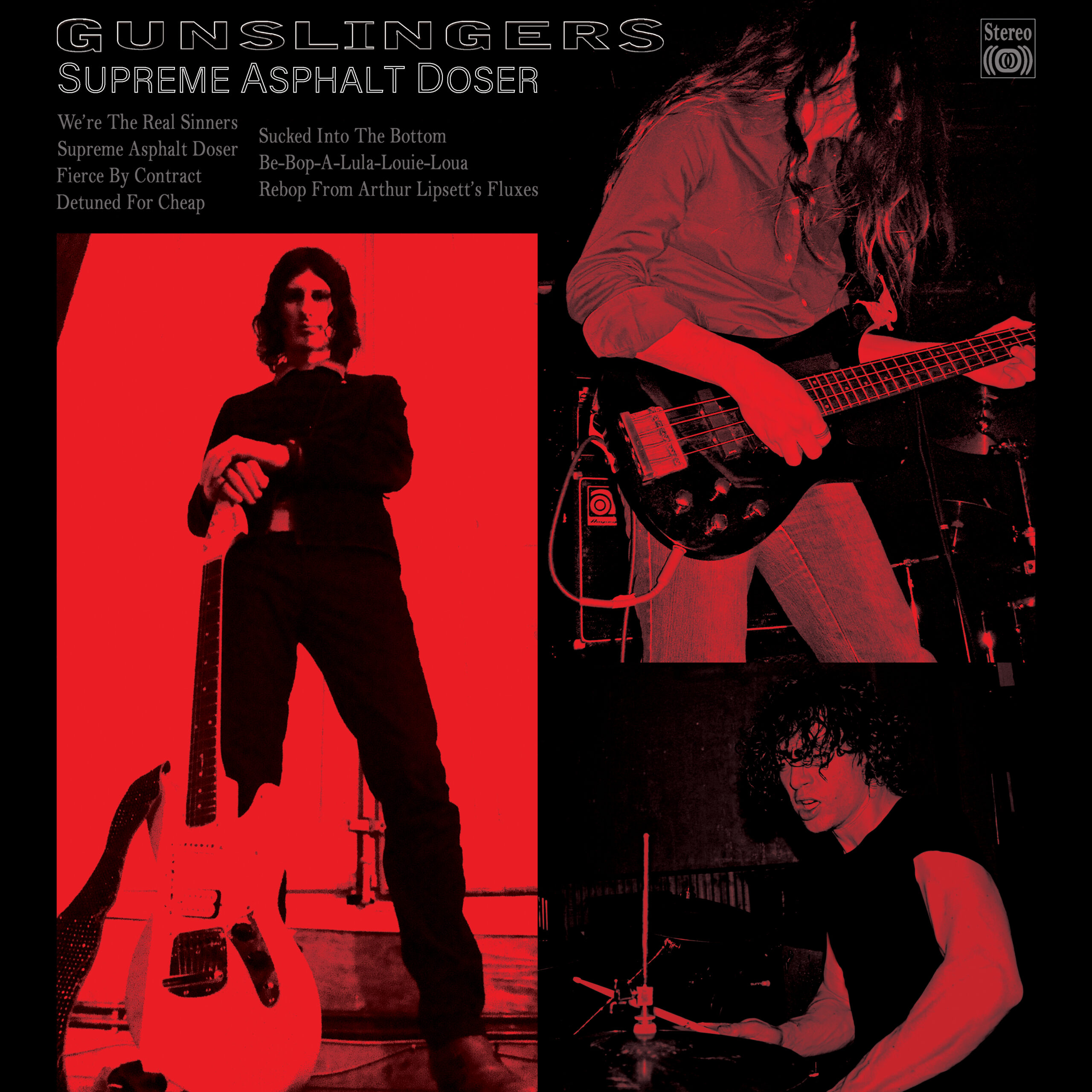