Just like everyone else Frank was more or less locked in place in the spring of 2020.  With a new record coming out and plans to take his first consistent backing band in years on tour, the pandemic brought Frank’s juggernaut energy to an unheard of stop.  From the first seconds of franks broadcast from his bedroom he comments on the strangeness of the situation as a “haunted zoom meeting, then starts into creekside cooler, a vibed out groover of his latest full length studio record and his first with a solid, gig hardened backing band.  Though I love the full band treatment, hearing this song, and others from the new studio record he plays at this session, played solo allow the subtle rhythms of the lyrics and Frank’s soaring vocal to come through really clear on the new batch of songs.  Just like he does in every situation, Frank makes the best of it.  Me and Frank were having the occasional hours long phone conversations through the worst of it, me stuck in a deserted beach town by myself in new jersey and frank with his folks in Georgia and then moving to east Tennessee.  I kept encouraging him to do some kind of live virtual frank thing but he wouldn’t have it.  I’d been continually going back to live recordings of frank shows in the dark times to find a source of joy and I thought he should try to share that with his friends and fans in some way.  He was reluctant to do anything besides what he does which is play in front of people and make records, and i agreed with him.  But i still wanted to hear frank play songs and tell stories.  So Ted got him to do it eventually, and i think frank was ready.  After Creekside Cooler than Cold and snow, which is also off his latest full band studio record, we get “sneedville blues” then “lonesome mountain blue.”

It’s likely that if you’re reading this you are at least a little familiar with Franks music. Having spent a couple thousand miles on the road and incalculable hours stationary with your boy , I can say sneedville blues is my favorite of his songs.  I remember when he started playing it and it was to me the best marriage of his storytelling ability his skill as a guitar player, the strengths of his voice, and his talent of crafting memorable melodies and songs.  I was floored.  I’ve become a connoisseur for a good sneedville.  It’s also a time in his set to tell a story about a time he had in Tennessee, which when it comes to frank stories they are some of the best, and there’s always a new one.  This one doesn’t disappoint.  I’ll just say its about a psychedelic yard sale by a dumpster.  No spoilers on stories in this press it’s way better to just listen.  Anyway, this sneedville is perfectly laid back, with franks guitar picking dialed in and an especially expressive vocal, bringing out the subtly of the song.  The quality of the recording should be noted here.  The mix rings very clear with no apparent distortion for both the guitar and vocals here.  It’s very impressive considering Frank was playing in to a laptop. But still theres no way to get rid of the slightly compressed, somewhat robotized sound of an internet interface.  In that it’s obvious why frank didn’t make fascist internet streams a regular thing.

The inability for frank to perform for people in his regular mode brings a unique feel to these tracks.  Almost like he’s wringing out the soul of the songs in one way, but in another way operating at a much lower velocity with the absence of a crowd to exchange energy with. I really appreciate this document because of that, because its appeals to a vulnerable side of the music.  How a good song means different things at different times.

Frank is very important to our current generation as a voice in American music.  He occupies a place that brings americana and the folk tradition to hip hop country southern rock noise buttrok and all the trappings of contemporary pop music and culture then fucks with everyone.  Too weird for this scene, not weird enough for that, but just enough of each for many of us.  By the time Frank gets into quartz blues after a short but classic summary of a story about italian noise rockers and cornbread, i as listener am hypnotized and fully in franks hands, a mystical journey at hand.  It’s when I would normally get an extra beer or two to get ready. But there’s no people there to get frank to play your other favorite tune, no chance for a half an hour long encore and a few hour long burp sess and tracking down the guy fieri style late night jawns then passing out on adjacent couches and whatnot. Then the nolichucky blues starts up and itll be ok for sure frank helps ya pull through with his love. A psychedelic journey forward and backward in time and places. Where does the rolling river go? Where does the wind blow towards? Never a way to go you could ever know. But the wind stops blowing by the water that wont stop flowing and and then you start knowing as you go to stop thinking you know where your going and on and on and everything keeps rolling. 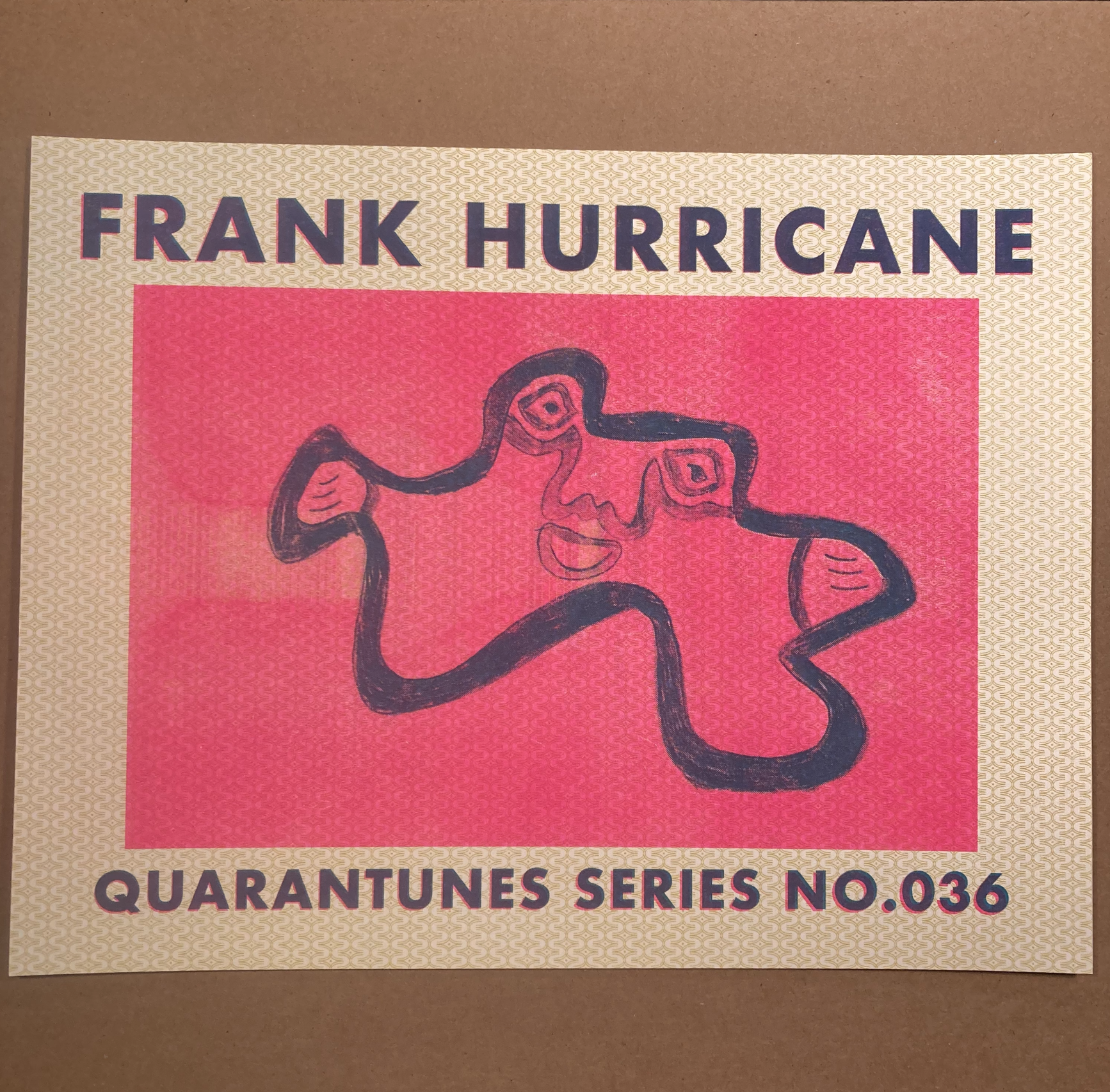