After having recorded the sheik of downfall creek LP (FTR 382) using the papa lord god soubriquet, this Tasmanian devil opted for a slightly diff handle for his live Zoom concert, which was broadcast from a secret lair on the morning of Saturday August 15 (although it was still Friday evening here in the Eastern U.S.)

The music this time was different from the LP, but the mix of somewhat twisted roots music and avant garde proclivities was similarly canted and equally addictive.

One man, one guitar and one microphone. Apparently, you don’t need anything else. On this evening Papa Lee put together a set of covers as utterly whacked as they were perfect. Things started with hybridized collision of Larry Williams’ “Bony Maronie” and Can’s “Yoo Doo Right,” two songs that wouldn’t seem to have much in common. Papa showed us otherwise, over a base of chunky repeat-o guitar riffs and sinister electronics. Kind of a mind melter. This was followed by shimmery instrumental break. Then he waltzed into a wild, hiccuping version of Pere Ubu’s “Final Solution” that sounded like rockabilly from Saturn.

The flip side opens with an extensive exploration of “Put a Straw Under Baby” (surely the least likely song choice from Taking Tiger Mountain). Papa then ripped into the MC5’s arrangement of  “Ramblin’ Rose” to close things out.

Admittedly, this sounds like a hideously eclectic selection, but the songs flowed together like molten cork. Each dealt with in a different way, using an aesthetic paste that held the whole wonderful mess together.

It was an amazing set of music, and you are herewith invited to revisit it. Why? Because we love you. 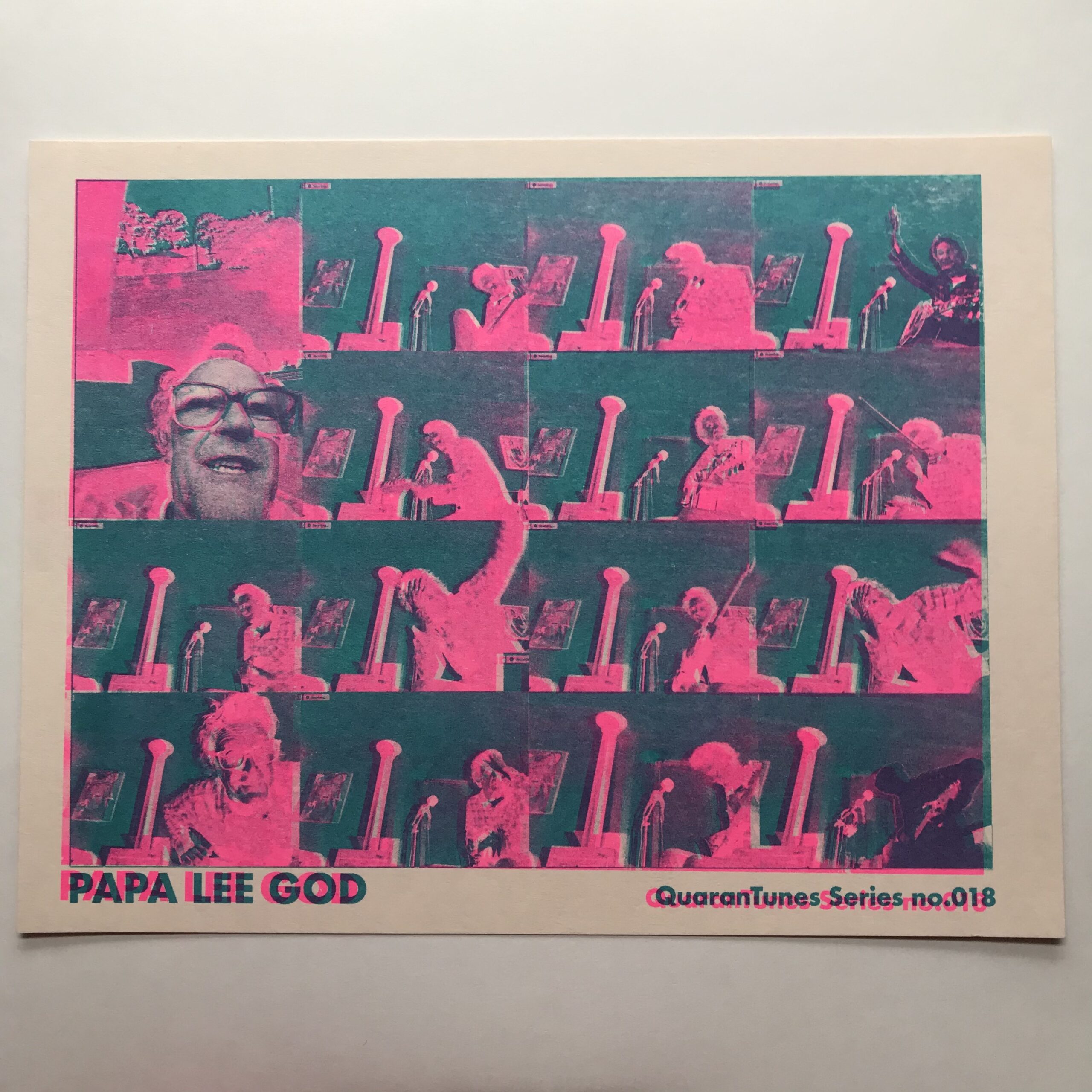