Matt Sowell is a big guy with big hands who we met at the 1000 Incarnations of the Rose fest down in Takoma a couple years back. He let us release his fantastic debut LP, Organize or Die (FTR 541), and followed that up with this Zoom concert, broadcast from his home in Minneapolis on Friday July 24, 2020.

Matt starts things off with few new tunes, which display some of the same multi-sector flow that marks the work of his guitar mentor, Peter Lang, as well as Lang’s fellow travelers at the Takoma Records HQ. Sowell’s compositions refer to this tradition, plus all of its subsequent form-extenders (from Jones to Rose to Bachman and onward), while maintaining an original approach to melodic invention favoring tight rhythmic structure and reflexive melancholy.

Matt’s approach to handling the blues idioms at the base of so much solo guitar music is especially cool. Like Glenn Jones and John Fahey before him, Matt uses the tonalities of the blues for his own purposes, transmuting the form from folk music to art music. His approach is not as aurally avant garde as some other contemporary players who do this, but the effect is riveting. Matt’s version communicates about experiences and feelings of all kinds, with none of the anger that propels most of the best blues-qua-blues. Which makes me think of one of Sun  Ra’s great ’70s album titles —  Some Blues But Not the Kind That’s Blue.

Which is a roundabout way of saying this album’s great! 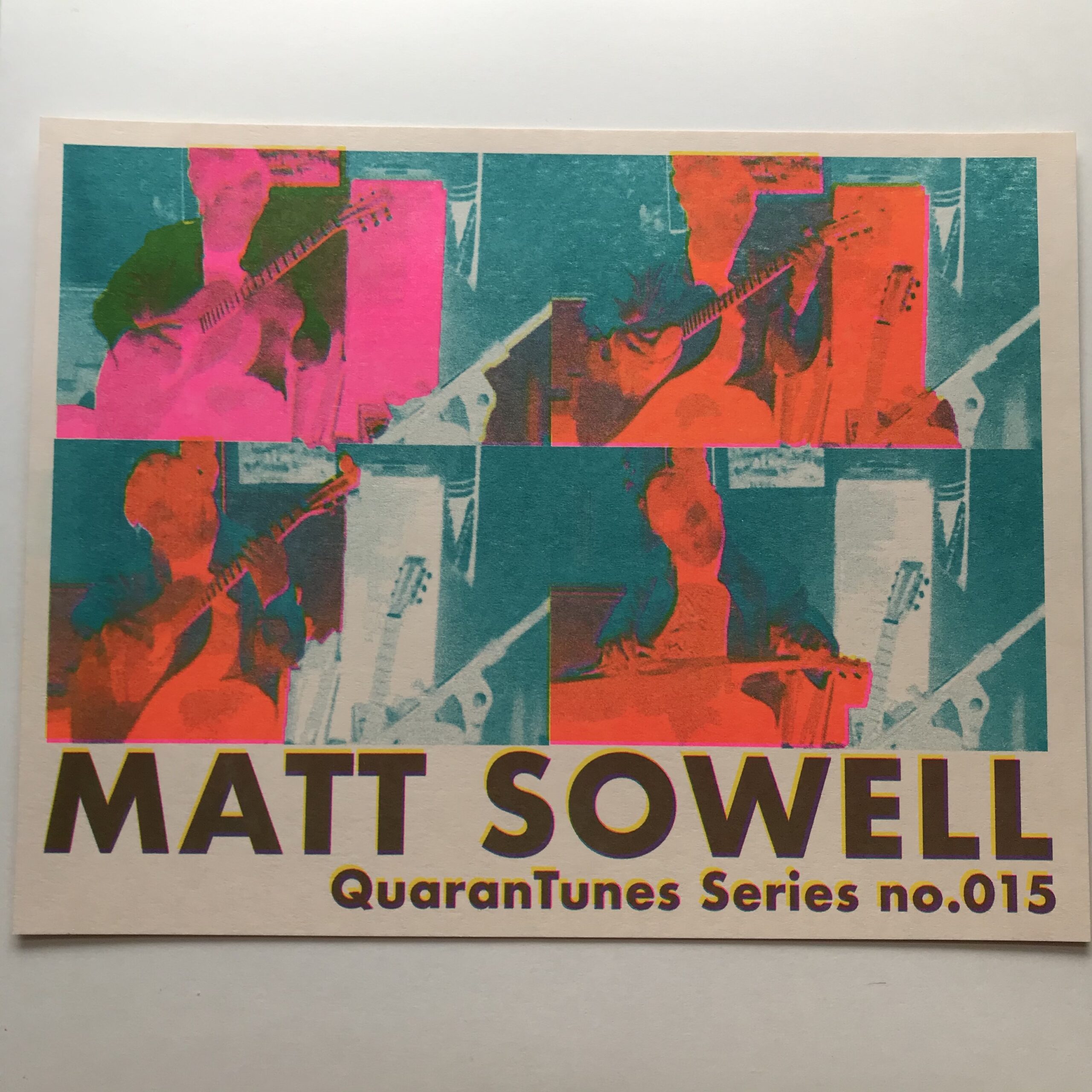