On the evening of May 1, 2020, Chris Corsano appeared as the third participant in Feeding Tube’s QuaranTunes Zoom concert series. In the middle of what seemed to be The Red Room from David Lynch’s Twin Peaks, Mr. Corsano used every appendage at his disposal to obliterate reality. And it was real real nice.

The track titles give you some idea of what his tools were that night — “Brush & Chimes,” “Light Metal” and “Horns.” A fourth track, “Drums,” was recorded on July 4, 2020, because we were so gobsmacked by the performance Chris did in May we didn’t even realize it ran a bit short.

Corsano deserves the title, Master of Time & Space, far more than Leon Russell ever did. He is able to take minimalist sets of contraptions and build vast, unknowable pyramids of sonic mystery. His basic approach is to percuss with rhythm, but his technical applications of this concept take it far from standard time-keeping into realms of abstraction and freedom that will make you gasp with pleasure.

My favorite track may be “Horns” (although in my memory it should perhaps be called “Reeds”) since it pushes so hard against the basic concept of drummerly function. Yet, as Marcel Duchamp explained to the rest of us, art is merely something created when a person is working as an “artist.” So if Corsano is working as s “drummer,” then it follows that what he’s doing is “drumming,” regardless of what the rest of us stoops might think.

Consequently, it behooves us to just shut the hell up, and lean back into it. The Red Room calls… 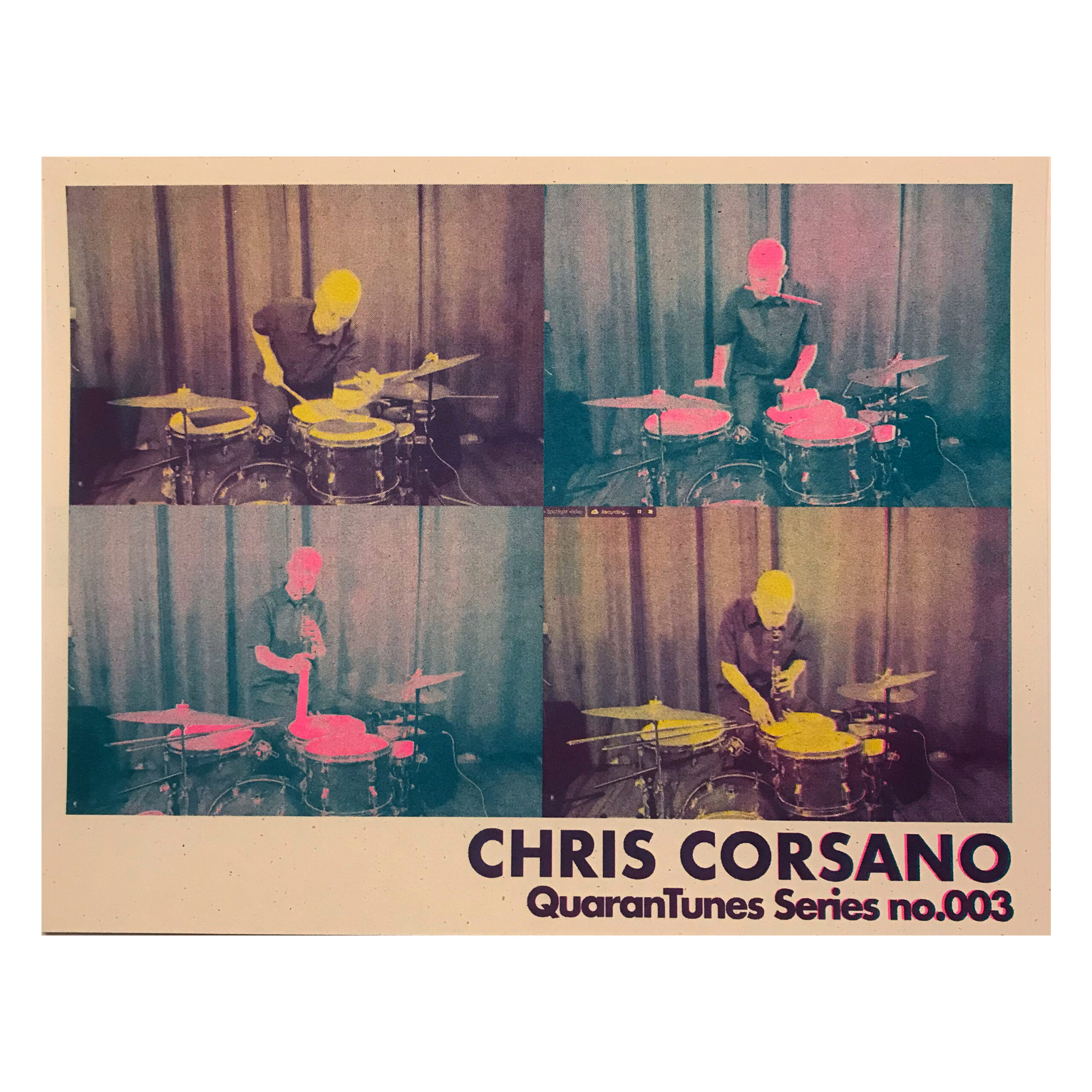