Donkey No No - Face Off

Recorded as an alternate (partial) soundtrack to John Woo’s 1997 Travolta/Cage thriller, Face Off is the first DNN LP of the plague era. Of times this trio will give you specific info about where and when their recordings were nabbed. But now, with the Trump Era only just about kaput, information such as this is closely guarded. And rightly so.

Cage and Travolta are both notoriously ticklish about musicians creating alternate soundtracks to their cinematic work, so one can only guess at what the two would make of the cavernous melodies and liturgical tones of DNN’s work here. Absolutely unlike any of their previous records, Face Off contains a wealth of sub-melodies, which are employed to guide sustained tones into newly defined realms of both bliss and non-bliss.

Jen Gelineau’s violin sets much of the pace, sliding and hovering in equal measure, creating a curtain of water against which Omeed projects images of guitarists with low grade fevers waving their arms in the air. Ted Lee’s cymbals (and perhaps metal donkey as well?) are used less for tone distention this time out. They are often employed as event generators, designed to demarcate passages of time rather than suspend time’s rules. This all makes for an exotic and fascinating shower of sound. Different as hell, yet immediately identifiable as the great Donkey No No. 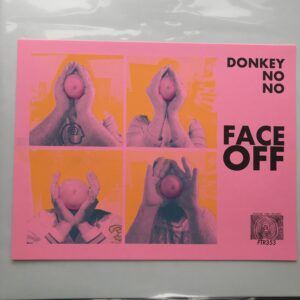 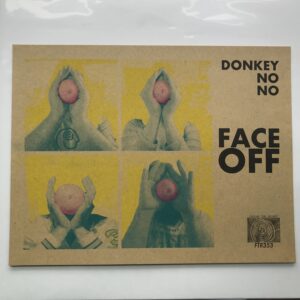 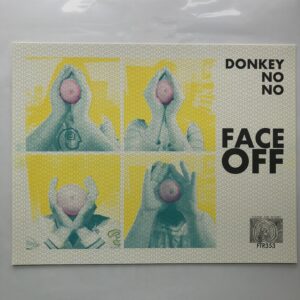 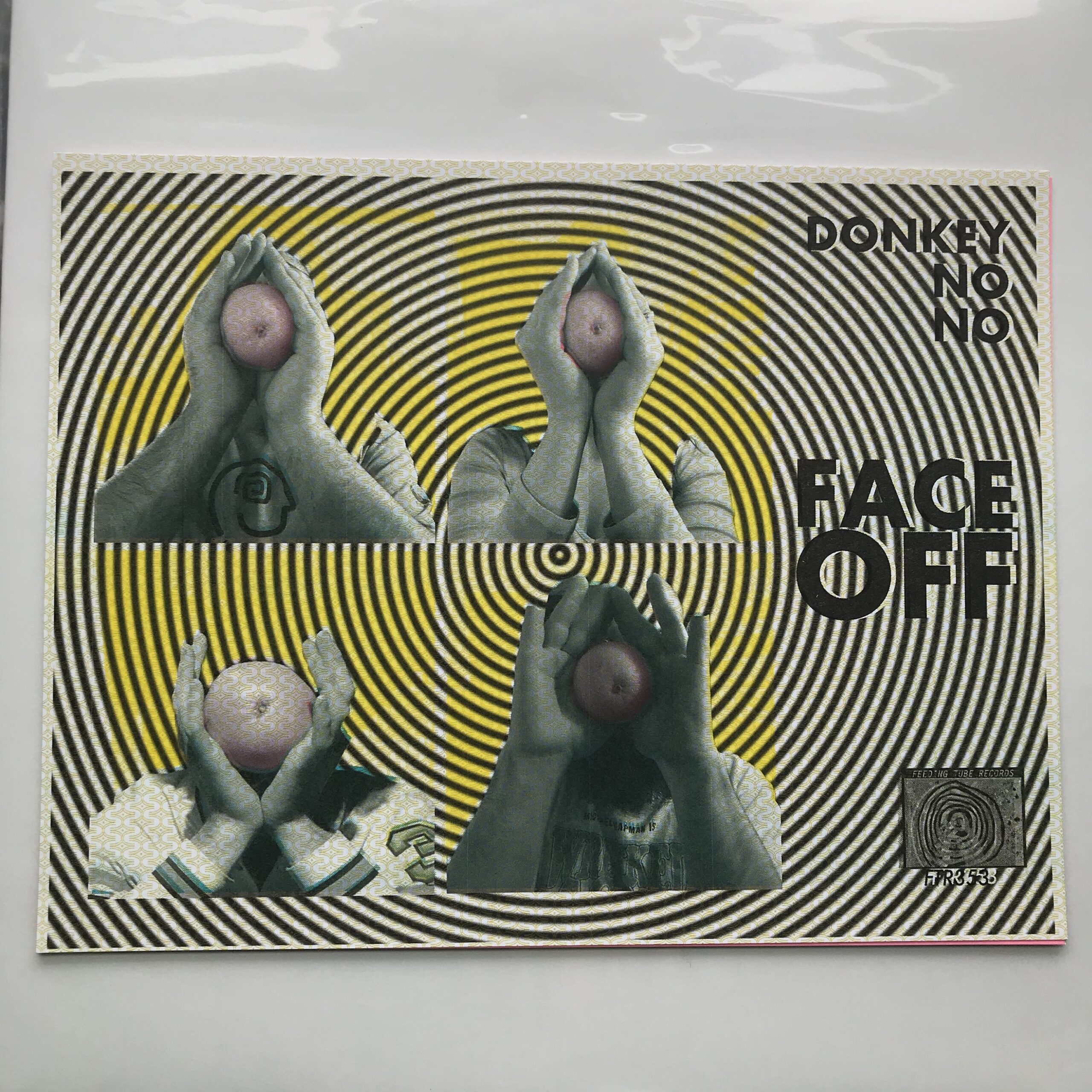