You know that old phrase, “Teach a penguin to cuss, and you’ll never have to buy another comedy record?” I’m sure you do. But what about its codicil? “Teach a guitarist to play synth, and you’ll never have to buy a new age record?” If you know that one, you might well be put off by the fact  this album features one of New Zealand’s most wickedly post-tongue guitar players fiddling about with oscillators and analog synths (in concert with a guy who does this stuff all the time). But you need not fear. The only New Age being brunted about here is the same one Fahey disemboweled back in ’97. An ornery cuss, it has lived in the cracks some-damn-place, only re-emerging now that it has been called forth by Bruce and Noel.

Much of the sound on Classical Music (how Fahey would have loved everything about this record!) makes me think of Chris Marker’s classic fim, La Jetée. As you certainly recall, the central motif in that film is the main quay at Aéroport de Paris-Orly, where visitors gather to watch the jets land and take off (just as I did at New York’s Idlewild Airport when I was a kid). Well, particularly on the second side, this record is a jolt of aural déjà vu for me. If I close my eyes I can almost see a parade of 707s and DC-8s careening around the flats of Long Island, missing collisions by what seem like a series of miracles to me.

Mr. Russell’s last LP for us was 2016’s Howling and Instability at High Volume Settings (FTR219), and it is a sheer pleasure to realize how unstable he can be on instruments besides the guitar.  Mr. Meek is wildly successful at this as well, and the combination is as bracing as an early morning slap of Old Spice.

Step up for blast of classical music style reality today. You’ll be oh-so-glad you did. 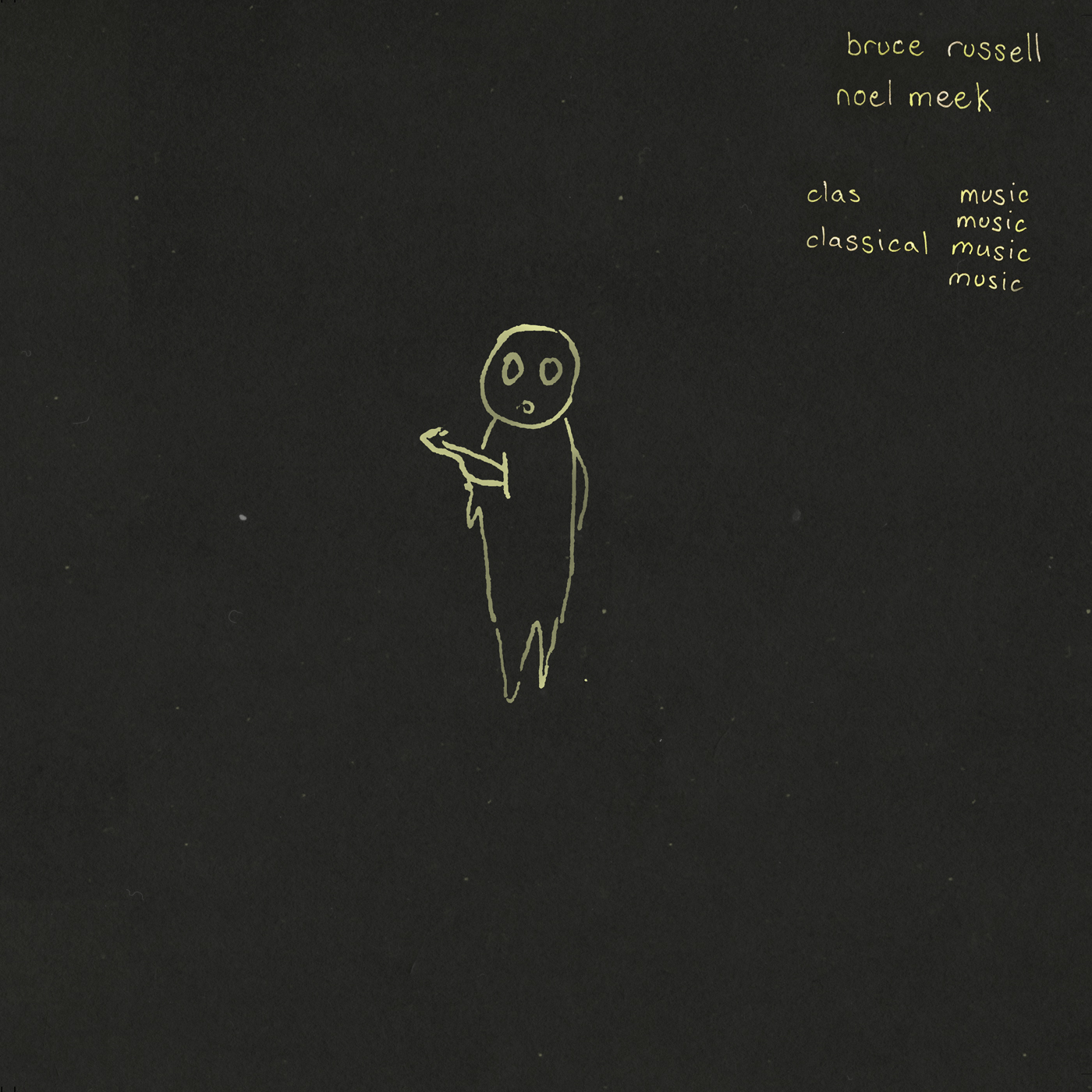