We were introduced to the work of Brooklyn polymath Curtis Godino by Gary Panter. We asked Gary to recommend someone with light show expertise, and he said Curtis was the guy. That was true. We also learned that Curtis was an ace musician, which has resulted in two prior FTR releases. The first was The Cave LP (FTR417) by Worthless. The second was the Corners and Their Places cassette by Nothing To Semble (FTRCS359).

Both of these releases were form-busting masterworks of outsider/prog crossover with hallucinogenic overtones. And even mightier is this new LP, Alien Nation, which sounds to us like a lost ’67 Mothers album, recorded at Apostolic Studios while the band was in NYC for their six month run at the Garrick Theater. Admittedly there’s nowhere near as much guitar as you’d find on an actual Mothers record, so imagine what the band might have done on a session where Frank was sick and things were led being by Don Preston and Ian Underwood in full freak mode.

The music is wonderfully cartoony electronic wheezing with all sorts of other instruments (and/or mock instruments) blended into the mix. And the vocals don’t sound like Frank either, but just imagine if John Kilgore had left open microphones strewn all over the studio for various people to spoot into when they wanted. It’s kinda like that. But even more fucked up. With hints of Bonzos-style pop-malfunction surfacing here and there like toy robot blimps. Really wonderful stuff.

If I could be any recreational drug I could name, I’d like to think I’d sound just like this. 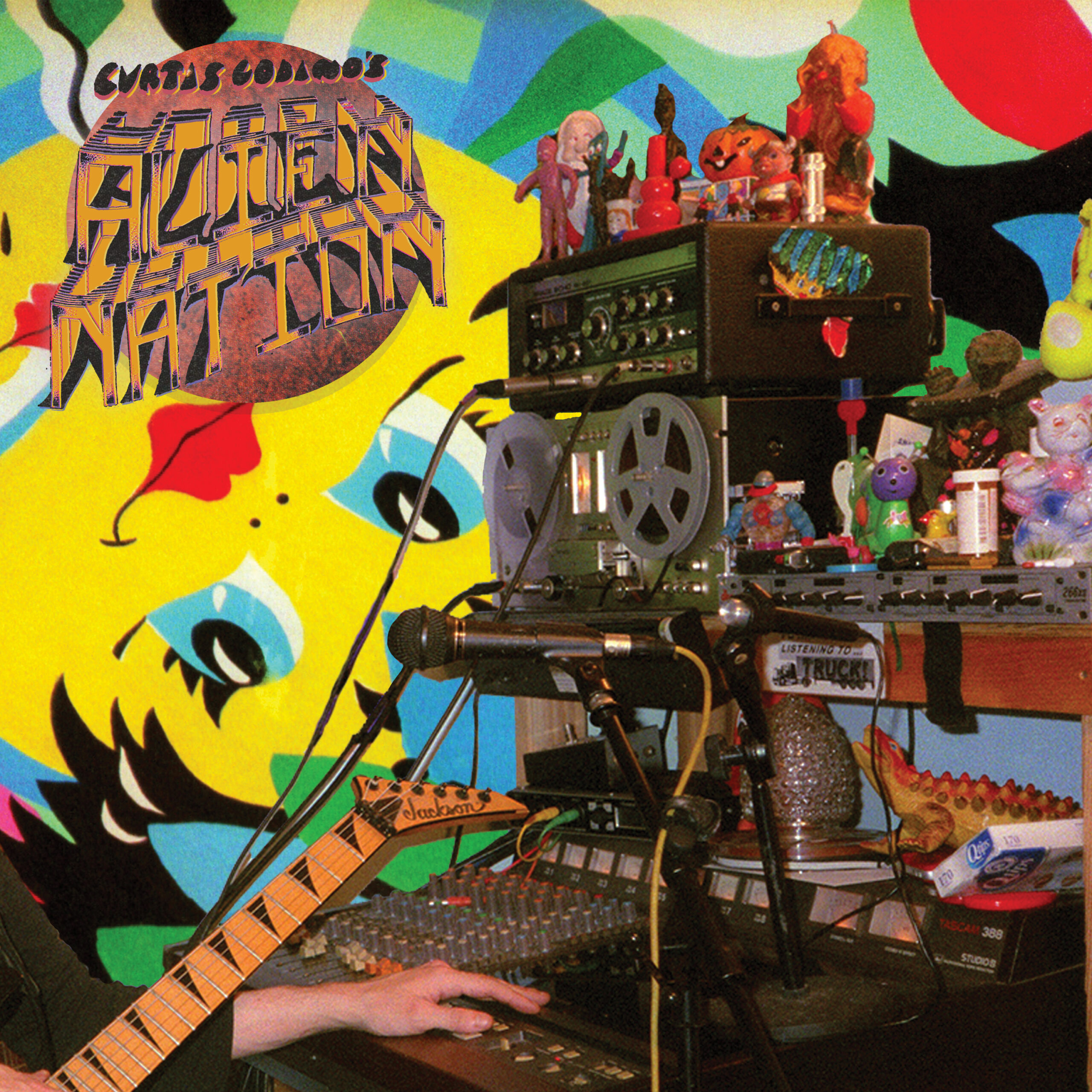