Although this record is purported to be the goodbye kiss from Curse Purse, we have also heard that Gary Panter (the King of the Hippies) has hidden away some secret tapes of the band which may some day see the light of wicked dawn. But for now, this is “it” from Mr. Panter’s favorite trio. And hey, they had a good run, especially considering they were something like an off-shoot of Egg Eggs (that most baroque of all dither-rock units) even if not all of them ever appear on the same Egg Eggs release.

But during their run, they really sorta fucked god where he lived. The combination of Miss Olivia Kennett’s strange way with synth-aktion, Ted Lee’s gang-approved approach to guitar and drums, Matthew “Matt” Robideaux’s little-man-with-big-riffs string stance, and the general gluck they’d all create with their mouths, always made me think of a bad dream Jeff Bridges had in some early ’70s movie. The soundtrack for his version of the hotdog vs. hamburger fist fight in the “Gloves Tap” episode of The Little Rascals. Not that he’d ever talk about it.

Anyway, two of the tracks here feature Curse Purse nude. They make the kind of sounds that made John McLaughlin give up knitting — swirling guitars and mange-ridden throat noises, colliding with spunked-out synth bursts and No Wave-oid splut core. Then on one track they’re joined by Andrew Keller and Kassie Carlson on violins. Mark Cunningham (of Mars, etc.) plays on that one, as well as “333,” which gets weird trumpet shining galore.

And if you can’t fit that in your pipe, it’s gonna be tough as hell to smoke. But I think it’ll fit. At the very least, you should be able to use the cover artwork by “Little” Dennis Tyfus as kindling for your next pot bust. Hands up. Who wants a pickle? – Byron Coley, 2017 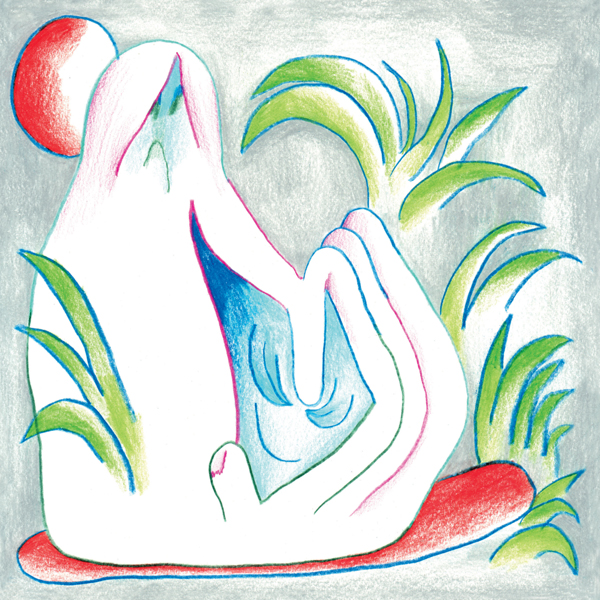