Jean-Baptiste Favory - Things Under: Organic Compositions for Guitars and Electronics

Because we are heathens, we first heard about J-B Favory when we reissued Los Lichis’s incredible 2LP set, Dog (FTR 229). Favory was the one non-Mexican member of the ensemble, traveling once a year (or so) to collude with the insane artists of Los Lichis. Had we been less dim, we would have known Favory was an avant composer of note, having served as an assistant to Luc Ferrari and Gavin Bryars, before setting off on his own musique concrete path. He is also the co-host of the longest-running experimental music radio show, Epsilonia (on the anarchist Radio Libertaire), and a guy whose recordings are well loved by fanciers of the avant. That said, Favory has never had a solo LP (despite a number of CDs), so when he sent us some of his new work, we jumped on it.

Things Under is one of the most mesmerizing blends of guitar and electronics we’ve heard in years. Favory’s approach to strings ranges from the idyllic to something very much like the Machine Guitars of Remko Scha. The way he collages these sounds into electronics is spectacular. Often, in similarly intended projects, there’s a friction in the shift between guitar and electronics. The elements can feel like worlds apart. But not here. Like some of Manuel Gottsching’s best solo recordings, the two sonic globes meet without colliding. Their molecules and atoms just slip into and through each other. It’s a total gas. And often difficult to figure out whether a specific sonic event is generated by guitar or electronics.

Been listening to this for days and it still sounds a great and mysterious as it did when I first threw it on. A stone keeper. 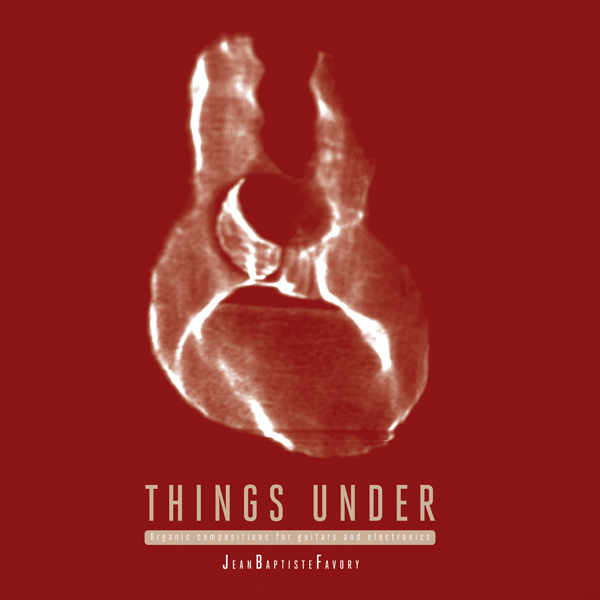