papalordgod - the sheik of downfall creek

Debut LP by Brisbane’s brilliant Greg Hilleard, who we first heard when he was part of the incredible Lost Domain. the sheik is a solo album that makes us think of a summit between the Gibson bros and Parachute-era Eugene Chadbourne (or something equally far-fetched). Pretty amazing by any yardstick. Anyway, Greg had a few words he wanted to share. -Byron Coley, 2018

CELEBRATING 200 YEARS OF ROCK N ROLL
Former “leader” of Brisbane’s premier room-clearers Strontium Dog (apologies to PORK), whose one and only record is terrible beyond belief (all surviving members agree). Shortly after the timely demise of SD, Gregory was asked to sit in with the Invisible Empire — Brisbane (possibly Australia) ‘s, number one improv juke jumpers. John Henry decided being named after a dodgy pope was not very RnR and promptly renamed him PapaLordGod (apologies to the deceased). Evidence of the first meeting of minds is on the sadly unavailable Jeezly Fishcakes cassette. The Grubbage album was also recorded around this time (reissue soon).
At some point one of the other more urbane members suggested that being named after the KKK (smash the invisible empire) wasn’t maybe the best idea for impressing foreign investors and the name was changed to the Lost Domain. For 20 glorious years we free rocked the bars and verandahs of Brisbane to little or no response. Then Dave died. Our guru, teacher, leader and philosopher (pre-war RnR division) was no more. This didn’t sit well with Papa. Working in a gang made for light lifting and, being naturally work-shy, a solo thing wasn’t really on the cards.
Depression, madness and homelessness ensued. A period of semi-Calvinist sobriety followed (not recommended). Slowly muscles were stretched and strings were bent. A strong urge to avoid “tuneage” meant there would be no “writing.” Freedom was the score and sound the means.
Here is the first evidence for the prosecution/defense:
Acoustic tracks recorded mostly first thing in the morning, in bed (Hello Furry Lewis!).
Electric guitars recorded at the SweatLodge.
Freedom yelps from the creek.
Wordless protest.
Dig in…..
For more check out  HYPERLINK “https://papalordgod.bandcamp.com/”https://papalordgod.bandcamp.com/ Thanks for coming.
For the record, “Bull by the Horns” was recorded by Anita Earl.  (**)
Some people should be thanked along the way. John Henry Calvinist for believing; Ragtime Frank, my brother; Anita Earl for pushing record and being all-round exceptional; The family for understanding art/poverty; The good souls at Feeding Tube; The Hobart Crew; Sally and Campbell; Upper Partialism.
BoomVacuum.

“Greg Hilleard has something to say, and Papa Lord God is his vehicle. And what a great ramshackle brute of a truck it is. Full of flotsam, broken strings, and angel voices. What he is saying is important. Pull in close and you can hear the beating soul of the man in these free and spirit-loosened notes.” – Ragtime Frank

“This collection of blues in and out ranges from hushed to dazed to horrified. It’s nowhere near as loud,
battered and bloody as might have been expected, but there’s a bunch of weight that’s been pushed
somewhere to the back of the room, some kind of history of trauma and loss hunched up in the corner.
No matter how much PLG manages to bend his concentration to the guitar — which he does formidably — this small, demon-like presence sits glowering, Lucier-like, through the record, angrily refusing
categorization — Ghost? Imp? Social media notification? Call it the ideal post-rock n’ roll collaboration if you like, but it sounds like a bracing welcome to the suburbs of exile…if you’re going to truck with the blues in 2018, this is as good a set of reasons to do so as I could imagine” – Campbell Walker

“He claimed to have invented electricity then made a hasty retreat through a window.” – John Henry Calvinist. 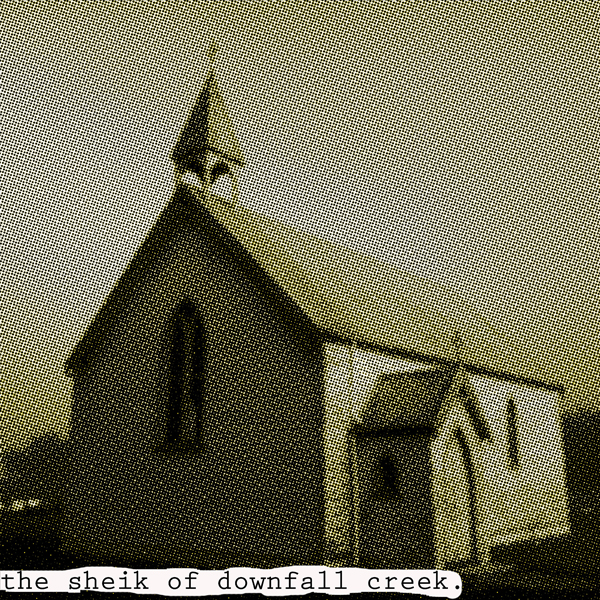