The Left Outsides - The Shape Of Things To Come

Cardinal Fuzz and Feeding Tube Records are proud to bring to you a Re-Issue of The Left Outsides LP – “The Shape Of Things To Come”. Originally released in 2015 on the Dawn Bird label on vinyl and on CD via Xemu, with the Vinyl edition been long out of print and hard to find.
The Left Outsides, Mark Nicholas and Alison Cotton are a husband and wife duo based in London, England whose atmospheric, hypnotic songs echo Nico’s icy European folk, pastoral psychedelia and chilly English fields at dawn. The Shape of Things to Come is mixed by Martin Noble of British Sea Power and Graham Sutton of Bark Psychosis. Thirteen tracks with a new direction but also a common thread that goes back to The Left Outsides haunted, fragile 2008 debut album, And Colours In Between, their live album of the same year, Live At The Drop Out, and their experimental soundtrack for Gus Alvarez’s film Stand & Deliver in 2009.
The songs include modern-day murder ballads, 60s beat psychedelia and outsider folk, with music and lyrics inspired by memories, dreams and Gregorian chants.
The Shape of Things to Come sees the Left Outsides expand and deepen their sound with textured layers and experimental guitar creating an unnerving off-kilter edge.
Before The Left Outsides, Mark and Alison were members of the psych folk group The Eighteenth Day of May. Previous to this, Alison was also in John Peel favourites Saloon and Mark in acid expressionists Of Arrowe Hill.
Since forming, The Left Outsides have gathered fans far and wide, playing across the UK, France, Germany and in the USA on their own, and supporting kindred spirits. In May of this year, they will support Robyn Hitchcock on tour in the UK to help promote their forthcoming new LP – ‘All That Remains’. 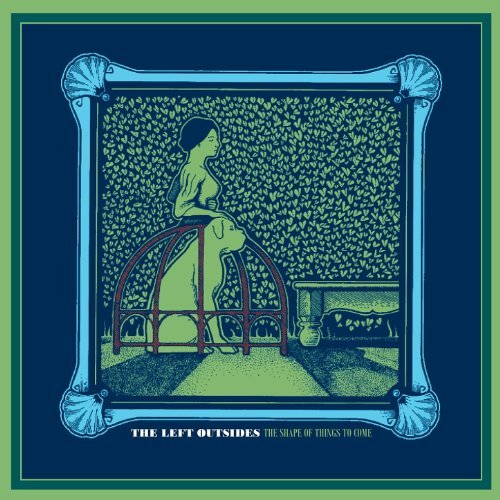