Hard to believe it has been 18 years since this set was first issued, but that’s what the calendar says. Paul and Chris had been playing together for a while before this. I seem to recall rehearsals outdoors in Hartford beneath stretches of raised highway under construction. But that may have been Chris and Pete Nolan, back when Pete played guitar. Who can remember exactly? It’s been a long time.

But I do remember we put this set together because it seemed essential to document how amazing the communication was between these two musicians, from different generations, but tuned into the same insane frequency. When we told Paul we wanted to do it on the Ecstatic Yod label, with art by Gary Panter, and actual liner notes, he thought it wasn’t the best idea he’d ever heard, but what the hell. The actual hope of the label was to raise the profile of this incredibly talented but ruinously humble saxophonist, so that he’d be thought of in the same way as the day’s other great players. And hey — it sorta worked.

The CD got solid reviews, and more people heard it. But what most listeners took away from it was how intensely telepathic the music is. It’s all lightning and smoke. These guys were deep inside each other’s heads, and that made for a wonderful listening experience. In a way it’s funny to hear how “jazzy” Chris’s playing is. He’s gone so far beyond known-moves over the last years, you almost suspect he must be holding back. But he’s not. He’s throwing down as hard as he can to meet the ragged flowing genius of Flaherty’s horn at every turn. He just had different chops back then.

And the music is still amazing. The Hated Music is one of the best extended drum/sax forays you’ll ever hear. If we could have done it on vinyl back then, we would have, but no one was buying the stuff much right then. Jerks. That has changed a bit now. For the good. And we got the great Gary Panter to do new cover, since the old one was CD sized and weird. But everything else is the same. And it totally rips a hole in the universe. Now and forever. Amen.      -Byron Coley, 2018 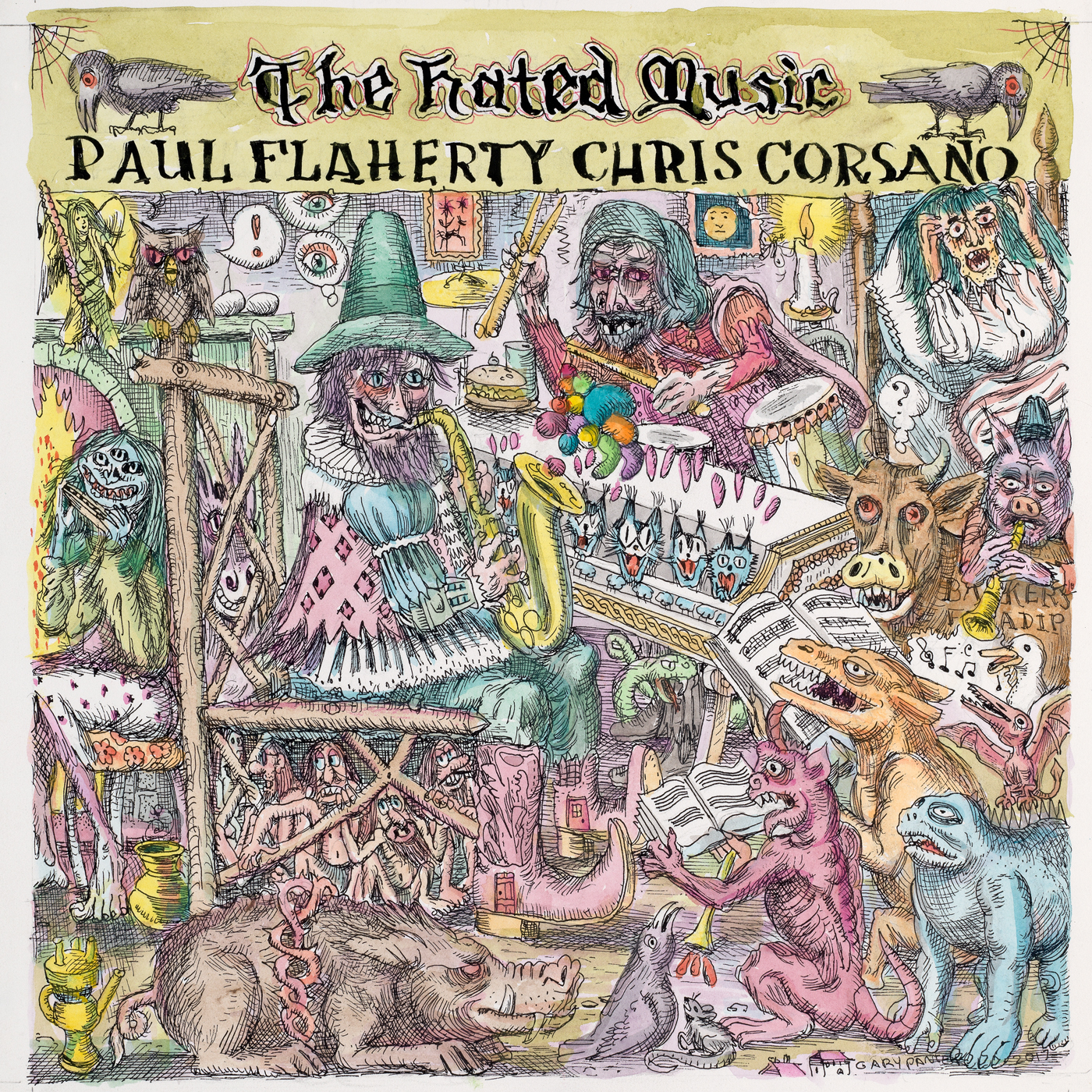