Lords Of Thyme - The Future Of Things Past

I have learned over the years that when Nigel Cross (founder of Bucketfull of Brains fanzine and the Shagrat label) speaks, it’s worth paying attention. Thus, when he began telling us about this great UK quartet, we sat up straight. His descriptions of their action, name-checking Joe Boyd’s Witchseason Productions, Shelagh McDonald’s debut LP and much else inspired unbridled longing. The Lords cut a 7” and a couple of CDs for the elusive Sunstone label, but Nigel managed to get them to agree to putting together this odds ‘n sods collection for American consumption.

The process of getting this record together ran into every mess you can imagine (and several you never could), but now it’s in hand, and I think we can all murmur approval.

With gorgeous cover art by legendary British psychedelicist, John Hurford and fine liner notes by Nick West (current editor of Bucketfull), The Future of Things Past is an extremely hep sampling of work by this wonderful quartet. The first track is a blazer, on which the band backs legendary US folk singer, Bonnie Dobson (who wrote “Morning Dew”) for a cover of “Hares on the Mountain.” This trad song was covered by Shirley Collins and Davey Graham on Folk Roots New Routes and was cut for a Shirley tribute set. Blazing like prime era Pentangle, the Lords are off to a stunning start. From there they mix live tunes, a few tracks from their EP, and other tunes into a sweet and splendid blend.

The cover of “Jerry the Mule” (originally by Josh White) is a masterpiece of American Corn Pone. “Moment to Moment” sounds like top shelf Brinsley Schwarz at their Bandsiest. And much of the rest swings in a way that reminds me of early Pentangle at their peak. The way the Lords mix foreground folk moves with jazzy rhythms certainly calls that band to mind and, as Nigel suggested, this is all woven into a production sound redolent of Joe Boyd’s touch.

In all, The Future of Things Past is a killer intro to a band from whom we are hoping to hear much more. If you can’t dig it, I question your ability to actually dig. 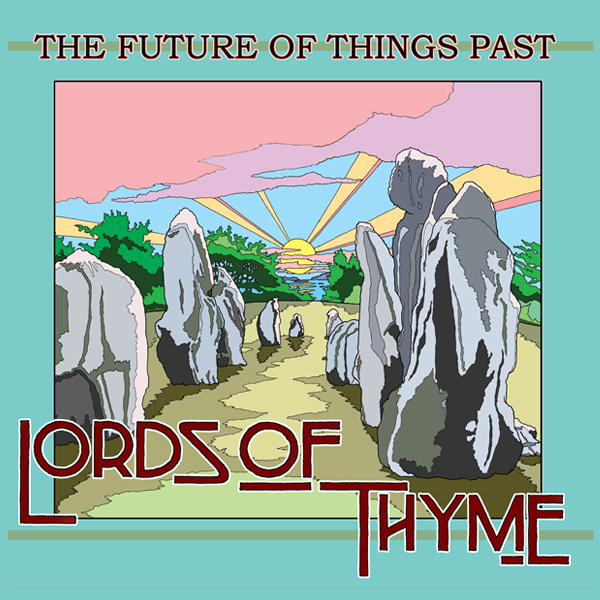