Black Vinyl – Out Of Print

Color Vinyl – Out Of Print

Cardinal Fuzz (UK) and Feeding Tube Records (USA) present…Dead Sea Apes – The Free Territory
Following the dub-inspired ‘Sixth Side Of The Pentagon’, retrospective ‘Recondite’ and Adam Stone collaboration ‘Warheads’, the new album by Dead Sea Apes is their darkest, moodiest work to date, their characteristic unfolding instrumentals now cast in lonesome drones and haunted atmospherics.
Taking shape in the shadows over the past several years, The Free Territory brings Dead Sea Apes’ more experimental and introspective aspects to light. Dysmorphic loops, evolving textures and improvisations are suffused with the hiss of old tape decks and analogue effects, and adherence to the default guitar/bass/drums setup is strictly optional. It also represents a transitional phase for the group, having been partly recorded with departing bassist Nick Harris. More recently, Nik Rayne of The Myrrors dropped in on a winter sojourn to the UK, not only guesting on two tracks but also creating the beautifully detailed copier collage sleeve art.
Never ones to retrace their steps or be steered by voguish reference points, Dead Sea Apes here find themselves at unfamiliar co-ordinates with only their instincts for guidance. The Free Territory is both spatial and claustrophobic, massive yet weightless, grounded yet in constant motion; timeless yet reflecting and resonating with the age. 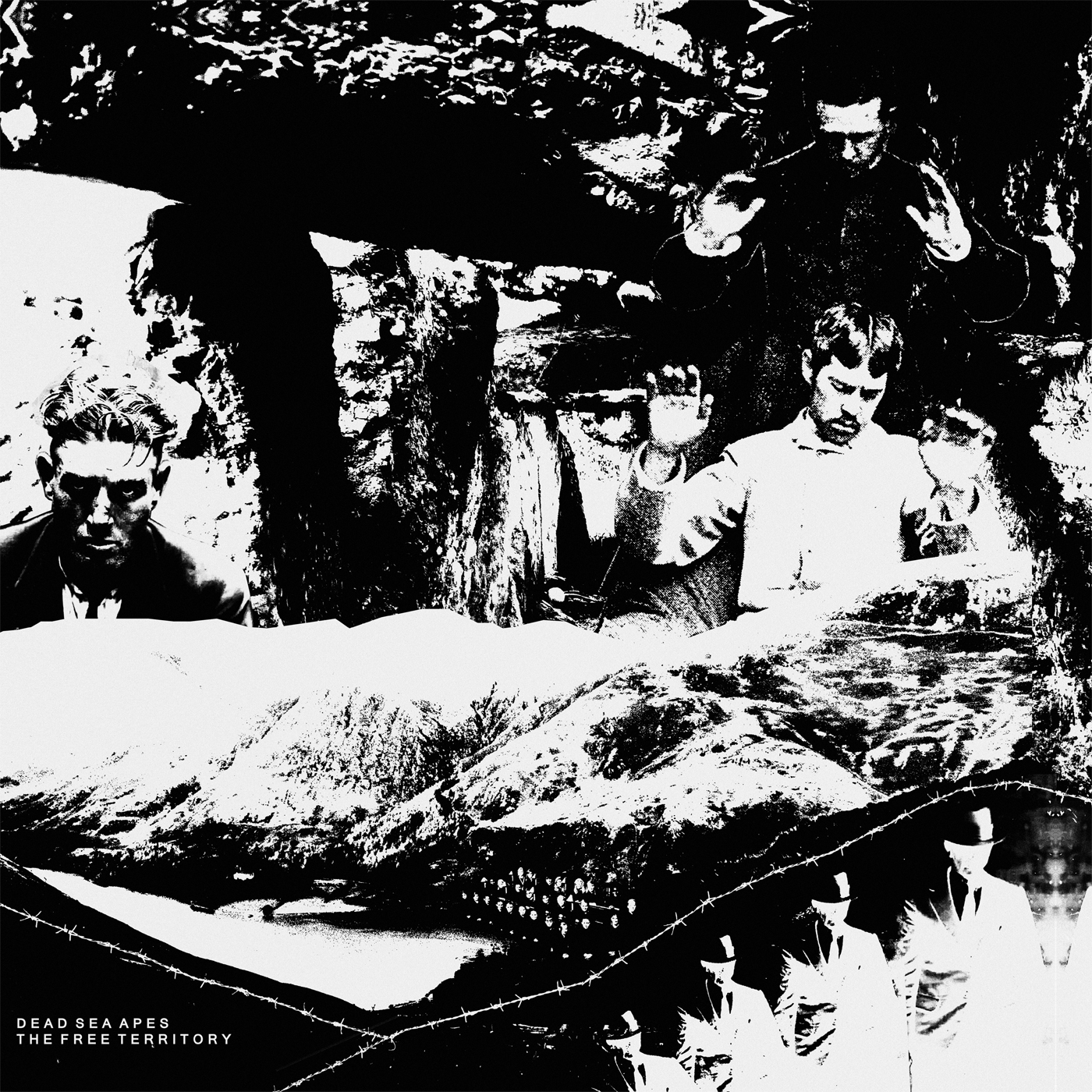