Jerman Barnes sounds like fancy men’s shoe brand, but it’s actually a duo comprised of two of the American underground’s most prolific wanderers — Jeph Jerman and Tim Barnes. Jeph had explored everything from primitively brilliant free jazz with Blowhole to deep electronic explorations under the name Hands To, although in the latter part of the ’90s he shifted his focus to music made with found natural objects. Tim Barnes entered our consciousness as fluent master of experimentally canted percussion before he threw us a curve by joining Matt Valentine’s Tower Recordings ensemble and going deep-prole for a while. Regardless, he and Jeph started releasing duo recordings almost 15 years ago, and they all brim with a very specific type of spectral weirdness.

The instruments listed in the credits are: metal, bamboo temple blocks, springboard, wood, feathers and electrics. Furthermore the sho is played by Ko Ishikawa. So what about the three horn players pictured on the cover? In fact, they are Alex Bruck, Ramón Del Buey, Misha Marks. This ensemble is briefly heard as distorted source material on the a-side (a penny to the first listener who finds them), but it turns out for this project they’re mostly just dancers who use the horns as props. Visually key to the process. Aurally, not as much.

But as you listen to The Finger’d Remove you’ll probably start to wonder — hey, where are the instruments not listed? Because surely that’s the sound of a dead horse full of bees being dragged down gravel road. Or, wow — a Texas rain-toilet. Right? Well, Jeph and Tim aren’t saying, but maybe it’s just that there are instruments too complicated to notate. Dig? The wild collection of sounds here are desigend to live primarily in your imagination. Do you really need to name all that stuff? Our suspicion is you’ll be just fine if you lay back, close your eyes, and open your mind to the infinite possibilities suggested here. Words are just too drab to fully capture it all.   -Byron Coley, 2018 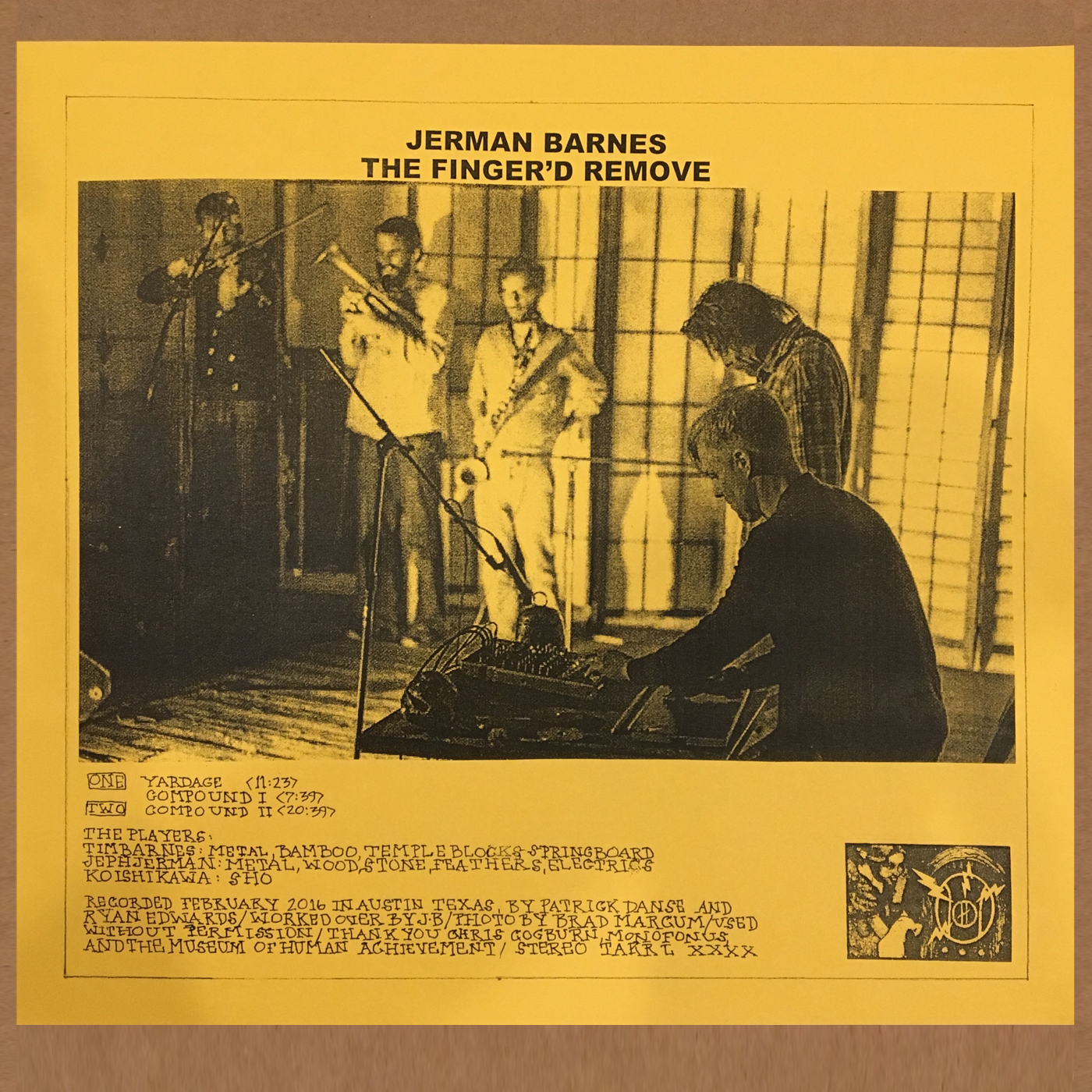