More than a decade since their first (and last) trio album, Dim Bulb, “Buffalo Steve,” Chris Corsano and Paul Flaherty are back on the attack. The three recorded as part of a larger ensemble on the Open Mouth LP, Wrong Number, but they have a certain way of creating focused trio dynamics that makes babies talk in tongues and old men drool.

The line-up is a bit unorthodox — two saxes (one a goddamn baritone) and drums. You might almost be tempted to call the format European. But it’d be a canard to try and place this album in the Euro free music tradition. I mean, yeah, there is some massive outsider brawling here. Buckets of wind and clumps of tubs “all double twisted up,” as Fred Blassie used to say. But the fire never refrains from flaming as jazz-qua-jazz, which places it a lot more squarely in the American tradition than actual squares would have you believe. These three are clearly savages, which is a far cry from people impersonating savages, if you catch my drift.

Beyond that, there is an ineffably jazzoid heft to the music here. Both Steve and Paul are playing in a distinctly post-Ayler jetstream. The freedom of their runs maintains that strangely (perhaps even imaginary or projective) American connection to bar-walking R&B maniacs — something that seems to lie at the bottom of our country’s hornic subconscious. Which is not to say individual moments on this record couldn’t have come from the FMP catalog, but there’s a red hot holism here that will brand most asses with the stars & stripes.

The Dull Blade has a strange undercurrent of swing here as well. Largely provided by Mr. Corsano’s driving full kit approach, the most outward-moving passages (often those involving the inner and outer freak registers of the horns) get corralled back into more clearly terrestrial and genuinely moving.

It’s a great goddamn record. Once again these guys manage to defy odds and expectations, creating music that is as fully-charged and beautiful as it is warped. 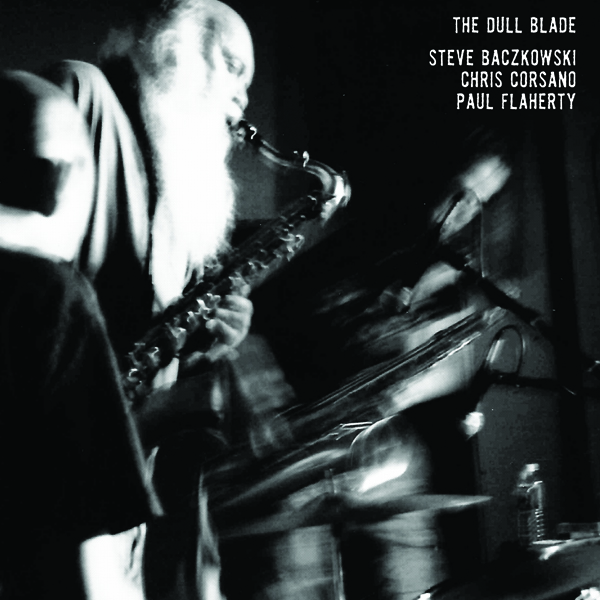