Over the past few years, we started hearing solo jaw harp cassettes by a Canadian musician who called himself chik white. Some of them were straight-forward somewhat-folky blasts of righteousness, others used studio effects to emphasize the psychedelic qualities of the instrument (or so it seemed), and others were nature-based explorations of the jaw harp’s drone possibilities. Heard individually they were striking, but listened to as a group, they went way beyond that.

We got in touch with chik (the soubriquet for Darcy Spidle when he’s playing in this format) and suggested doing an LP that would provide a thorough overview of the work he’s done thus far. He sent tapes of material that had been out previously, as well as a bunch of never-before-heard work, and we dove straight in. stranger calls to land is the quite amazing result.

The jaw harp is such an ancient, basic and humanistic instrument it has a strangely organic quality no matter how it’s played. But many of chik white’s sessions take this essential element in extreme directions. This is particularly true for the two tracks we lifted from raft recordings from economy (Notice Recordings MC), which was taped while floating on a homemade raft-cum-instrument in the Bay of Fundy. The sound, the concept, the whole gestalt of this project defy logic so utterly we’ve found it impossible to not be swept along by the waves, the wind and the weirdness of the entire process.

While operating in Spidle mode, Darcy played in punk bands, ran the Divorce record label and founded the annual OBEY Convention up in Halifax. But we like to think his heart belongs to chik white. There is, after all, something ineffable about a man and a jaw harp. If you don’t agree after giving this LP a spin, we will eat a shoe. And that’s not something we ever plan to do.   -Byron Coley, 2017 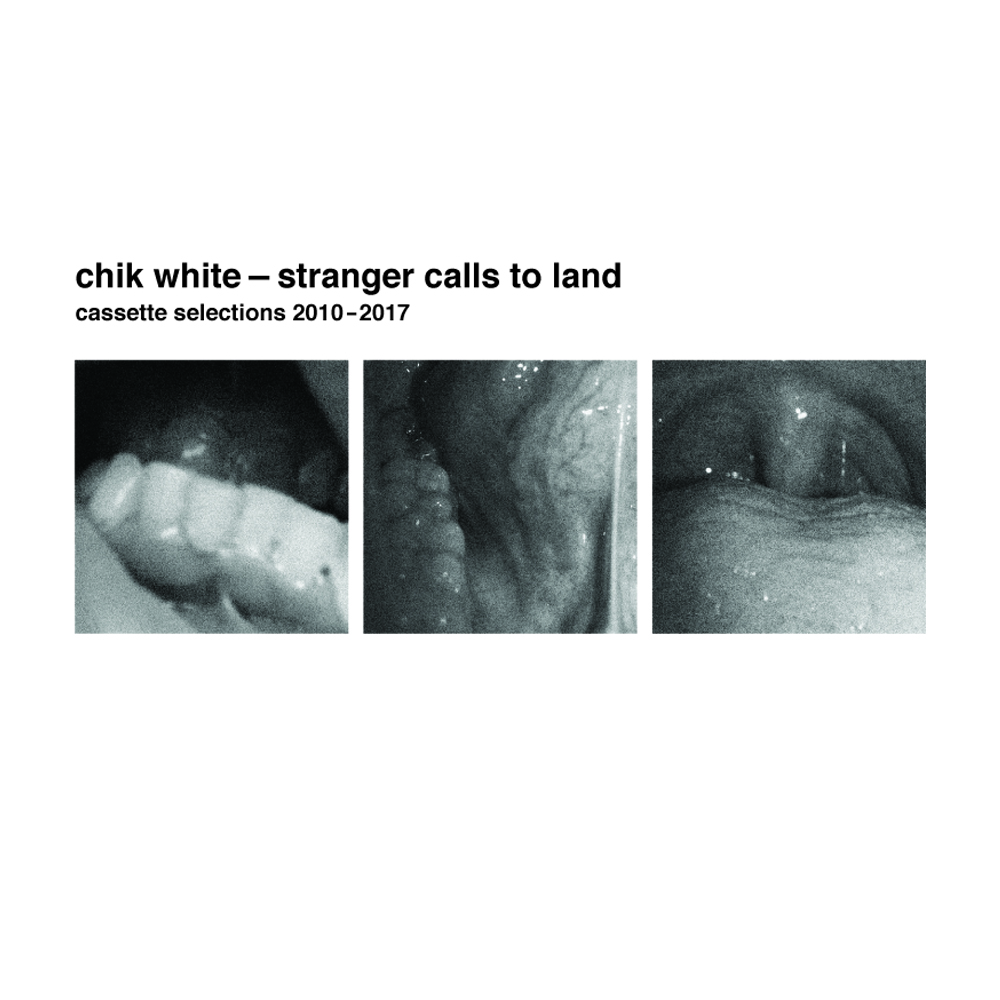