The last AIDS Wolf tour with Unicorn Hard On we came through Virginia. I looked in the tour book and it said, support: BUCK GOOTER. Buck what? Valerie said, “you never heard of Buck Gooter? Man, you’re in for a treat.” It was a bleak time for the music in general and the pattern was that each opening band was more horrible than the last and each promoter along the way seemed to give less and less of a fuck.  Somehow, underneath this Ethiopian restaurant in Harrisonburg Virginia, I met the two gentlefolk known as Buck Gooter: Lightening Hands Billy and Terry Turtle and I’ve never been the same henceforth.

I could see Buck Gooter being a circuit riding evangelical concern in a John Brunner near-future bummer in which weeeird pathological plutocrats run a landscape on fire and these cats show up and spell it out… Oh wait! That’s EXACTLY how it ACTUALLY is. Never mind.

Stainless Steel Mirrors is the sound of Buck Gooter listening to themselves wrapped across a piece of steel.  A reflection in sound crafted by none other than Don Zientara at Inner Ear Studio (he recorded the Faith/Void split lp, among…uh…others). And could there be anything more rallying for our freak scene than this message from Virginia via the capital.

Trampled By Your Nightmares is Terry Turtle’s vision. Mares as in female horses, likely those owned by industry mavens who blow the top off mountains so they can strip out coal to load onto trains and death march em through the Virginian hills.

Rat Layer finds Billy in a reflective mood. Does he reveal a sensitive heart beating inside that wiry frame? Sensitive enough that he needs his buddy to come over and pour a layer of concrete over the thing to keep the rat scratch lurking vermin from getting at it. Terry Turtle with the funky motion underneath, naturally.

Stone The Drones: Or is it Stoned Drones? Obama’s flying UAV death machines, the algorithm gone on a killing spree or the motionless “pineapples” that come and post up looking pasted at Buck Gooter shows? Double entendre as they say up here. First and last time you’ll see the word “stone” on a Buck Gooter lp jacket.

Dustless Grinding sounds the closest to Laughing Hyenas anyone’s come in recent memory. Billy says it’s more like the Blue Monday beat and that, furthermore, any band that’s been around 10 plus years inevitably hits that point. Either way there’s a beauty to this one’s metaphoric use of architectural collapse and standard city infrastructure repair/chaos to represent a kind of horrible mode of self-hatred.  You can hear the gray water spray in the grooves here.

Music Is Everything is supposed to be about Fisher Price Happy Apples but I gotta say the title and vibe just sound more like the way most of us feel daily. But I used to have a giant fruit crate filled with FP Happy Apples. That was one jangly musical crate.

Who Put You In Charge? This one is a neon-lit Del Shannon cyberclunk weeper. The band took out all the swear words at the last minute on this one and had to relearn the tune. Rakim, the greatest MC to ever rap, never swore once on a tune. RE SPEK

Waste Treatment shows off the range in Billy’s singing. Like somehow the Tornado Kid who atoms about the stage during a typical Goot performance is gonna slow down a moment and belt one out, croon for the moon, sing like the birds in Dolphy’s backyard.

Too Low For the Fog is perhaps the record’s most beautiful turn. Not a pleasant way to feel, being too low for the low slung fog that you find in the hillier bits of VA. Fog rides low. Billy seems to feel lower. Dirge power guitar work from Terry Turtle. Not the tune to start your day with which is probably why it’s the lead-the-way-out jam on the second side of Stainless Steel Mirrors. Any moron can slow down a beat but takes a greater kind to make it into something so starlike.

Terry and Billy will likely be buried next to each other; playing burnt Theremin lines off gruff, day-glow guitar boogies, only the Silent Ground will hear. This is the way it is meant to be. But now: Here they are together alive. So you can hear. 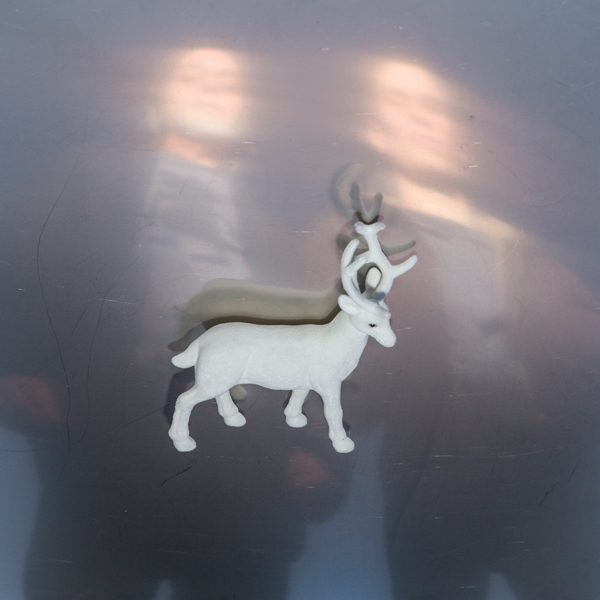