Eugene Chadbourne is one of the great guitar players of the modern era. When he began recording in Canada in 1975, his music was a unique syncretic formulation of elements known and unknown. While its most obvious component was free improvisation in a style then most widely associated with English and European players, Chadbourne’s vision also contained elements of jazz, country, folk, blues, psychedelic and international sounds, referencing these threads in ways so diverse and intensely personalized it would take scholars decades to decode them.

Volume 4-1/3 is the last of four Feeding Tube LPs in this series, documenting some of the music Dr. Chadbourne created in the years he lived in Canada, avoiding the shadow of Richard Nixon.

As always, exact details of the recordings are vague, but trivial. Here are four tracks of improvisational guitar madness at its most glorious. Describing their textures is a fool’s errand, but that is the job I was born to do. “Bow” is new to me, but the sonics suggest the title may be a practical description of how some of the effects are achieved. “The Bird,” which has been issued on cassette previously, is a wonderful example of Eugene’s most swinging jazzbo playing. “Be” is another piece that’s new to me, with long sequences of bent-string attack accruing epic grandeur as they unspool. And “Mao Tse Tung Did Not Have to Deal with People Who Were Watching Seven Hours of Television Every Day,” which was a bonus track on the CDR version of Solo Guitar Volume Two, is a sidelong ode to revolutionary techniques of all kinds, employing a bunch of them as it evolves, with results that are pure bananas.

If you play all four volumes of this set in order, you will begin to imagine a whole new universe of guitar technique. We hope they fill in some gaps for you. We have been blown away by each and every one. And would like to thank Doctor Chadbourne for sharing his archives with us. -Byron Coley , 2020 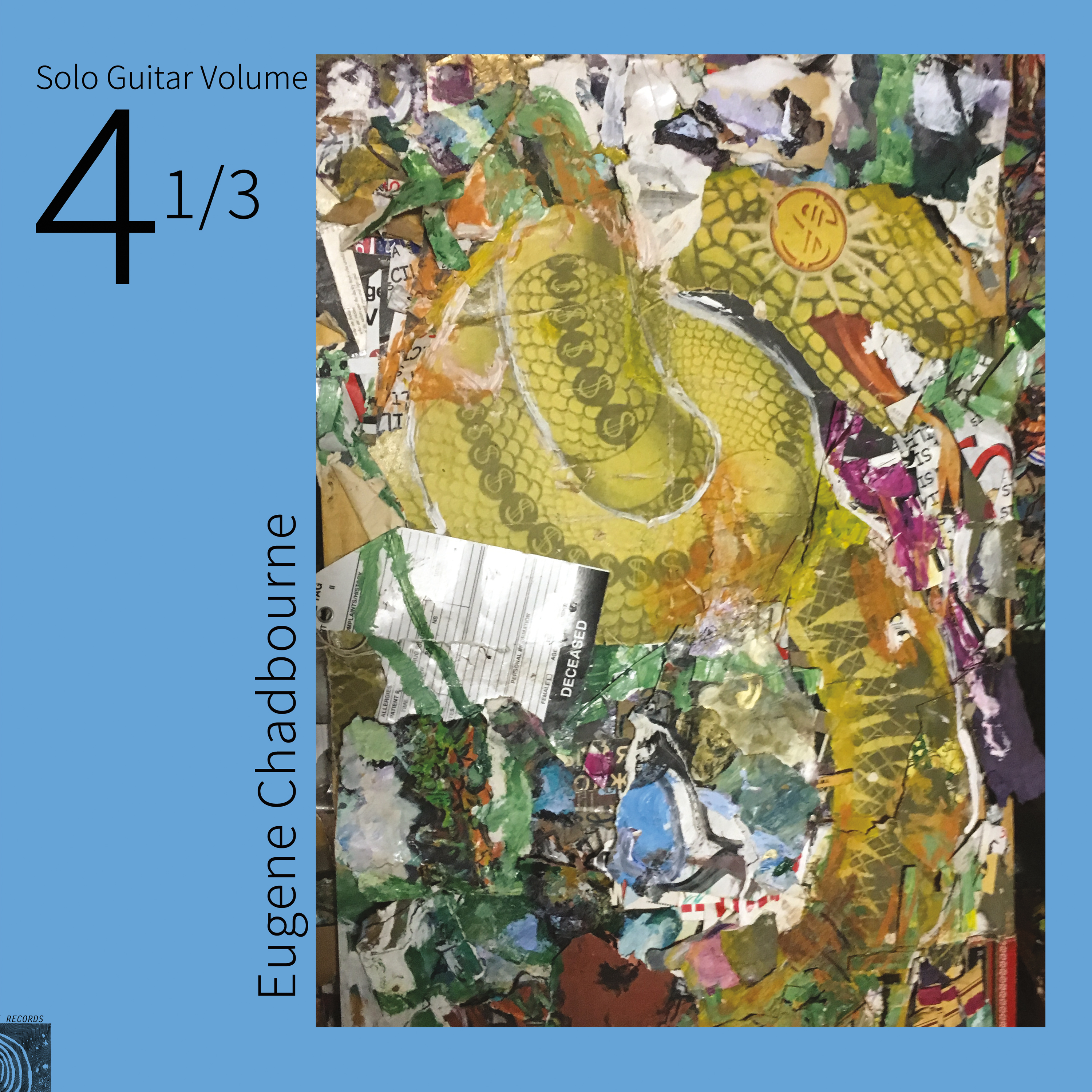