Depending on how you count, So Funny is either the 9th or 10th album, MX-80 Sound has released. Regardless, it’s their first LP since the classic Crowd Control back in 1981, and it’s a pretty goddamn amazing spin.

The core of the band — Bruce Anderson, Dale Sophiea and Rich Stim — has been more or less stable for the better part of the last four decades, despite the fact they’ve never had any real commercial success. They’ve all pursued various different paths during that time, but they’ve also continued the bizarre communal creation process that began back in Bloomington Indiana in 1974, and was codified once they relocated to the Bay Area in the late ’70s.

Bruce’s guitar lines may have “matured” a bit, drawing back a tad from the savage blunderbuss angularity that drove MX’s early work. Similarly, Rich’s vocals and lyrics may have tamped down some of the relentless wise-ass pith of their first few records. But Dale’s bass still pushes its persistent prog program, with melodic and rhythmic highlighting that recalls Oréjon’s work on Clear Spot. Meanwhile, new drummer, Nico Sophiea has a lovely way of playing straight rock fills, and guitarist Jim Hrabetin (who’d already played on some MX related sessions) adds nice density and edge.

Old drummer Mark Weinstein even turns up to do vocals on “No Nukes,” which is one of the  songs on here so immediately identifiable as MX-80 Sound that it’s wild. The way the band balances riff progression, vocal miniaturization and avant rock textural sound remains as unique and beautiful as ever. Meaning So Funny is yet another excellent MX-80 Sound album. 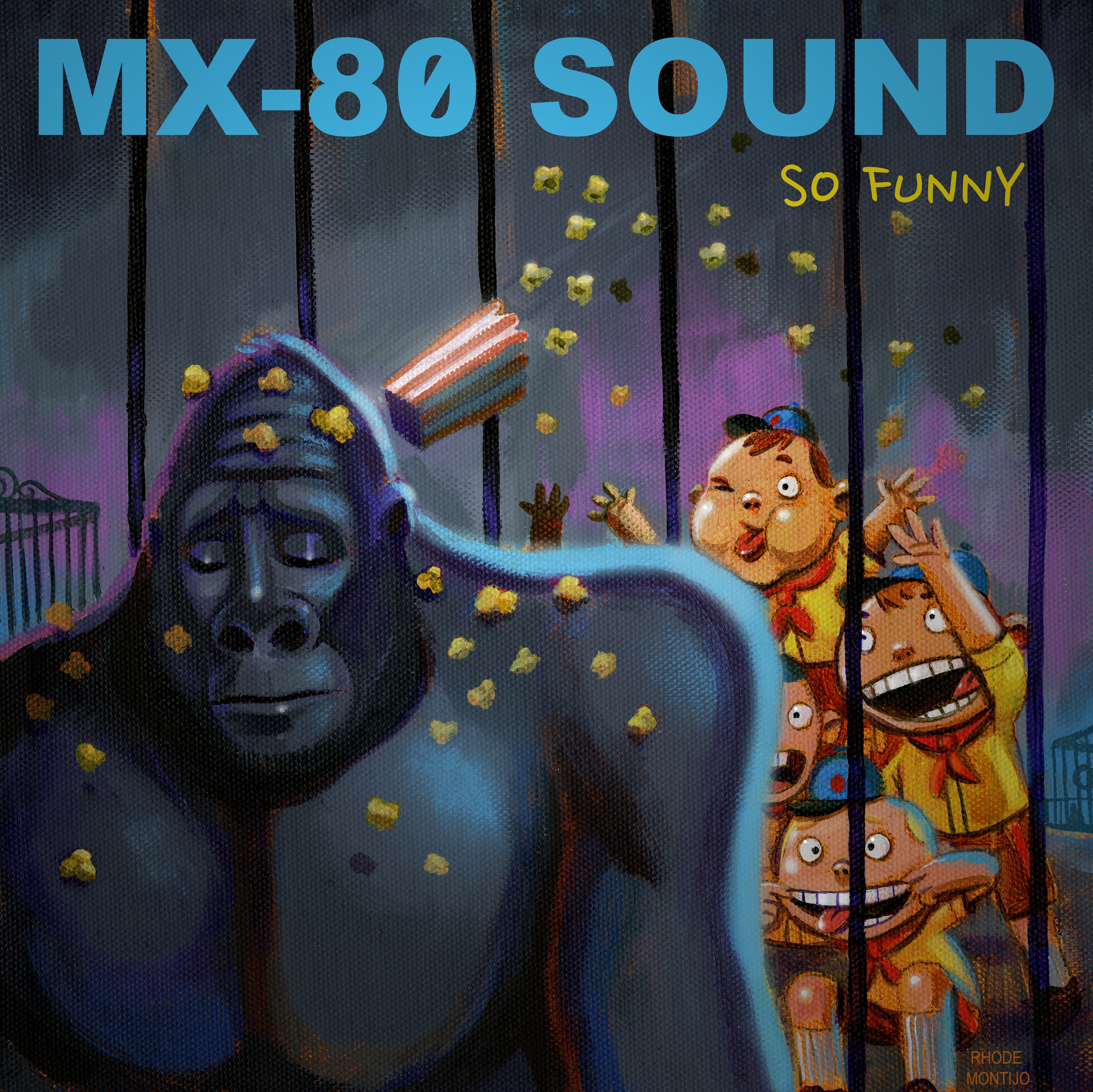