Chicago saxophonist Dustin Laurenzi, a touring member of Justin Vernon’s Bon Iver and one-third of the inventive Chicago improvising collective Twin Talk, first encountered the music of Moondog a decade ago, while studying at Indiana University. “Initially, I liked the quirkiness of the music and the lore surrounding him,” he says. Until he relocated to Germany in 1974, Kansas-born Louis Hardin Jr. was a genuine New York City fixture—a tall and gangly blind man festooned in a homemade Viking hat and crude cloak, hawking books of poetry, sheet music, and recordings of his own creation on the streets of Manhattan. Moondog, as he was better known, was as sui generis as they come, and the quirky, nonchalantly original music he created during his career was no exception. Still, it has fired the imagination of many musicians over the decades, whether Janis Joplin, Julie Andrews, Antony & the Johnsons, or Katia Labèque. Once an inveterate outsider, the peculiar genius of his homespun minimalism has now been properly recognized.

“I had always thought that there was potential for the music to be reimagined in a more improvised context, but it took a long time for that to actually happen,” explains Laurenzi. In fact, it wasn’t until a couple of years ago that he formed a versatile octet designed to interpret and expand on those sounds. “I started listening to more of his music and I became really obsessed with it, especially a lot of the rounds on his 1971 record Moondog 2. That music is really meticulous contrapuntally and rhythmically, but also super catchy and groovy.” Several of the pieces featured on that octet’s riveting debut Snaketime: the Music of Moondog, including “Nero’s Expedition,” “Lament I, ‘Bird’s Lament,’” and “Down is Up” utilize rounds, or perpetual canons—a device where at least three separate voices articulate the same melodic line but all begin each statement at different times, a la “Row Row Your Boat.”

Laurenzi assembled a dazzling group of Chicago improvisers for the group, and his inventive arrangements of the material created various paths for each musician to extrapolate on the source material, whether through the extended passage bass clarinetist Jason Stein takes on the opening track “Nero’s Expedition” over the polyrhythmic groove meted out by percussionists Ryan Packard and Quin Kirchner and bassist Matt Ulery before the rest of the ensemble chimes in, or the way the leader’s imploring, powerfully sobbing tenor solo cleaves the cycling melody and practically silences his bandmates before they gently reenter. “Fiesta Piano Solo” deftly expands on the original solo piano work, engaging each horn player to contribute to a buoyantly infectious round robin party, where each statement lifts and inspires the next.

The album was recorded live at Chicago’s Hungry Brain in January of 2018, but Laurenzi didn’t expect to release the music until he listened back later. The ensemble—which also includes guitarist Dave Miller, trumpeter Chad McCullough, and alto saxophonist Nick Mazzarella—was carefully assembled: a mixture of players Laurenzi had worked with or had desired to. “I didn’t want this to be a super-pro big band type of thing where everyone nails their part, but you can’t really tell one musician from the next,” he says. “I wanted to hear everyone’s voice within these dense, weird compositions. I think this record feels very ‘Chicago.’” Indeed, there’s an inescapably human, idiosyncratic vibe to the album, coursing with raw emotion and fragile beauty that both honors the distinctive spirit of Moondog and creates something utterly fresh with it at the same time. 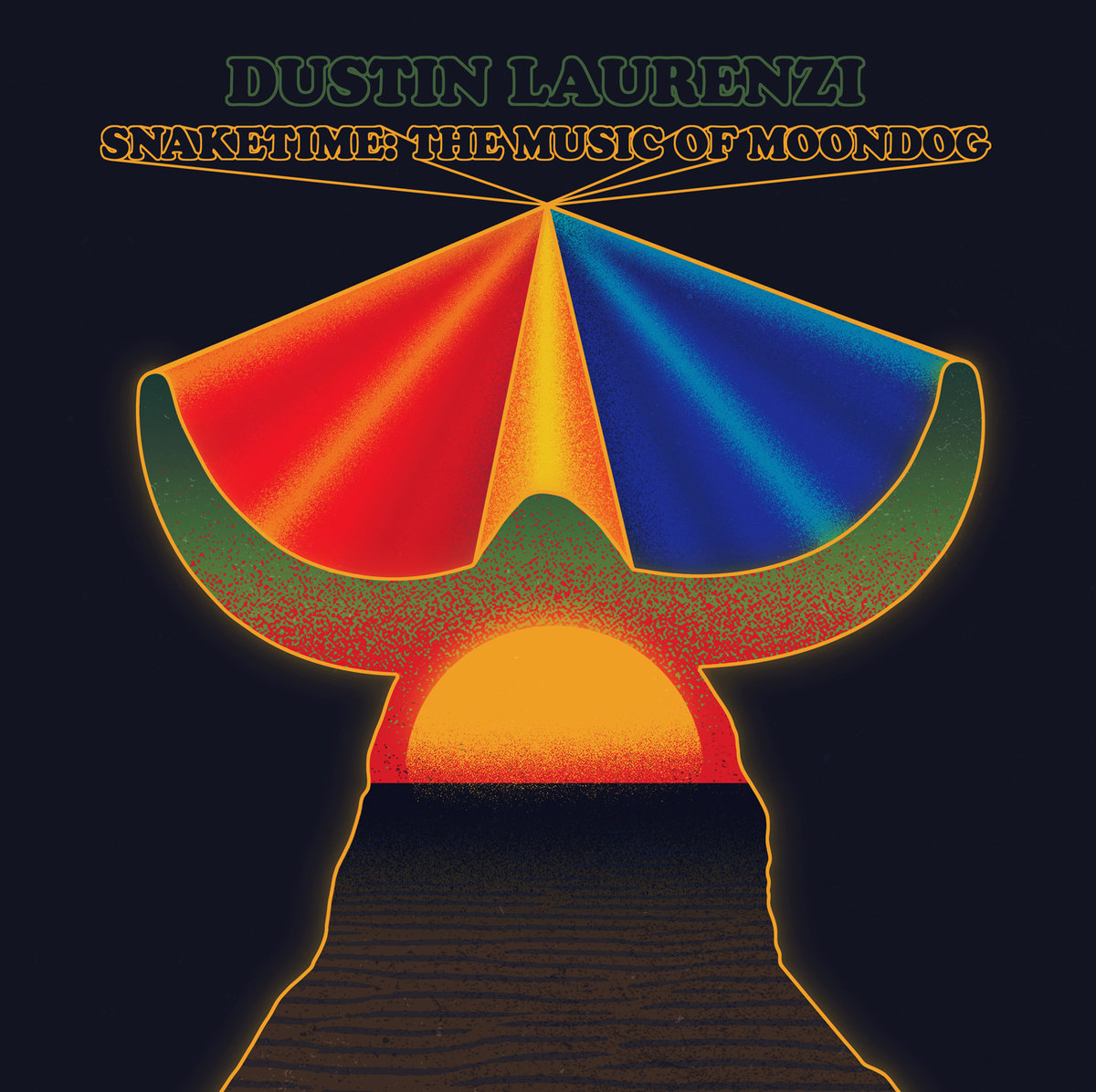