Feeding Tube is excited to announce the first new release in a good long while by Michael R. Bernstein, one of the central figures in the sub-underground scene of the late ’90s onward.

Back when he was still based in NYC, Bernstein played and recorded extensively with Double Leopards and Religious Knives, and also ran the important Heavy Tapes imprint. After that he relocated to the DC area, eventually opening the excellent HR Records (one greater DC’s best stores). Some time in the last year, Mike decided to start making some music and passed along a few files. This cassette, subtitled Meditations and Realizations for Five Voice, is a documentation of these new experiments.

The structures of the five pieces are quite different, but they’re all assembled in similar ways, using sequencers to create overlaid patterns of notes, riffing on the discoveries of the first generation of “minimalist” (so-called) composers. In the course of my audio travels I hear the work of many artists who are trying to create their own unique response to the music of Reich, Young et al., but Bernstein really fucking nails it. The subtleties of his temporal and melodic shifts are amazing and hypnotic. His attention to the pace at which these changes happen is also indicative of a different level of rhythmic sophistication than is displayed by most of his contemporaries.

Slower Learn is a lesson in how much potential this sort of material still harbors. Nice to have you back, Bernstein! 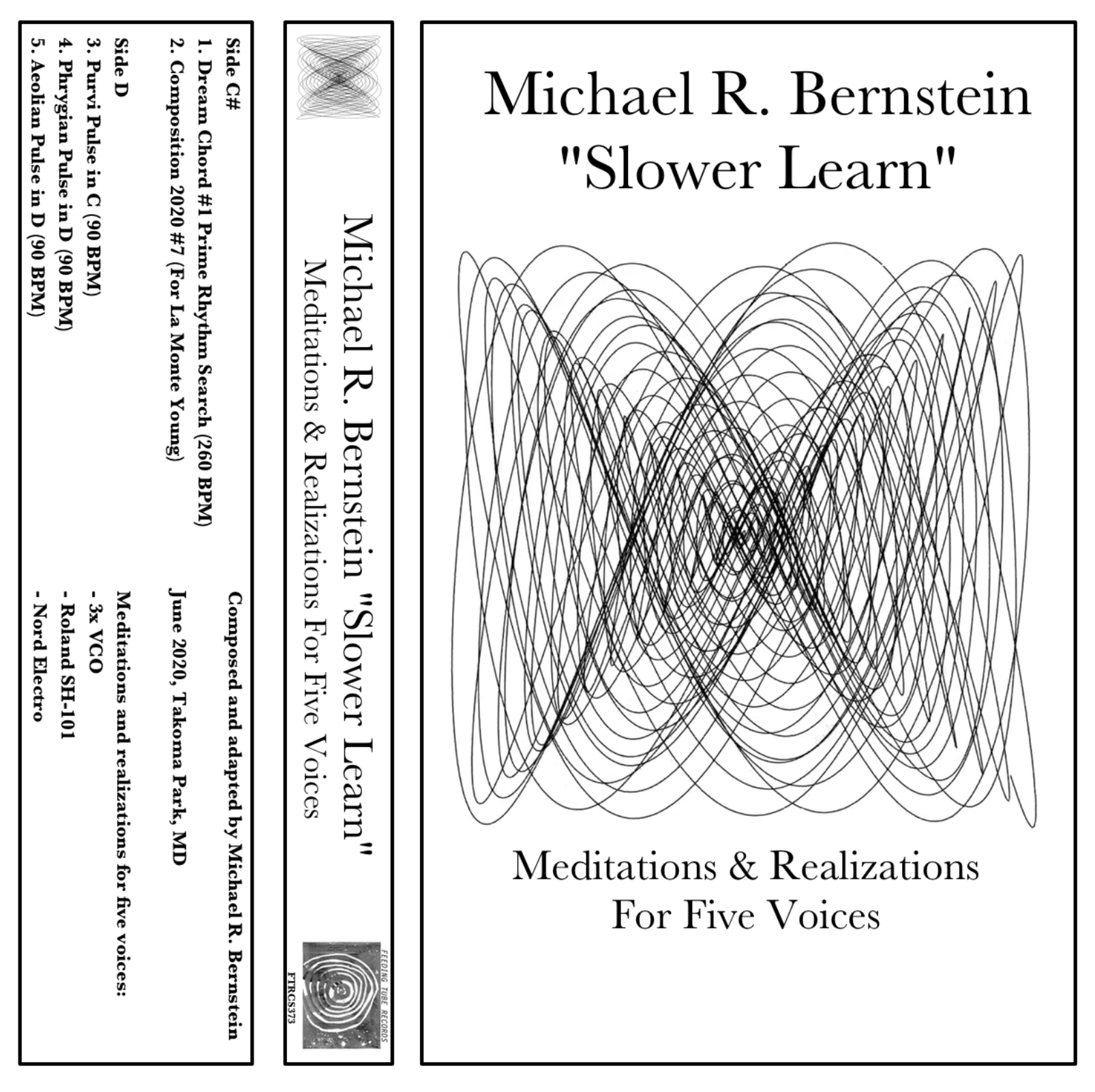