Currituck Co. - Sleepwalks In The Garden Of The Deadroom

Finally, in 2018, the full and correct version of Currituck Co.’s fourth album is made public. The operating handle of guitarist Kevin Barker, one of the best players to emerge from the Mid-Atlantic völk underground of the early oughts, Currituck Co. cut five albums between 2000 and 2005, all of which are gorgeous. The original CD version of Sleepwalks, however, released by Track & Field in 2004, was shorn of  couple of tracks and featured re-recorded vocals Kevin always thought were a bit naff.

This came up in conversation with Kevin a while back, and we offered to right a grievous wrong. The result is this beauty, which has a few extra instruments (like cello by Fern Knight), but is mostly just Kevin on acoustic, electric and vocals. There’s always been a Jansch-ian vibe to Kevin’s work, which is made explicit here by a great cover of Bert’s “Silly Woman.” More often it’s Kevin’s guitar picking that sounds haunted by Jansch, with cleanly complex melodies and slippery string shifts. But the way he blends shards of electric amp squeal into the background is uniquely his own. There might be some parallels to certain moments in Ben Chasny’s work, but Kevin’s genteel vocals have a lost ’72 Americana thing going on that is thoroughly great. One friend of mine complains his voice is “too sweet,” but this ignores the dark leavening of the instrumental inventions.

Kevin may remain best known for his work as a sideman with Vetiver, Antony & the Johnsons, Joanna Newsome and so on, but we will always place our bets with Currituck Co. The hot smoke of this album should show you why.   – Byron Coley, 2018 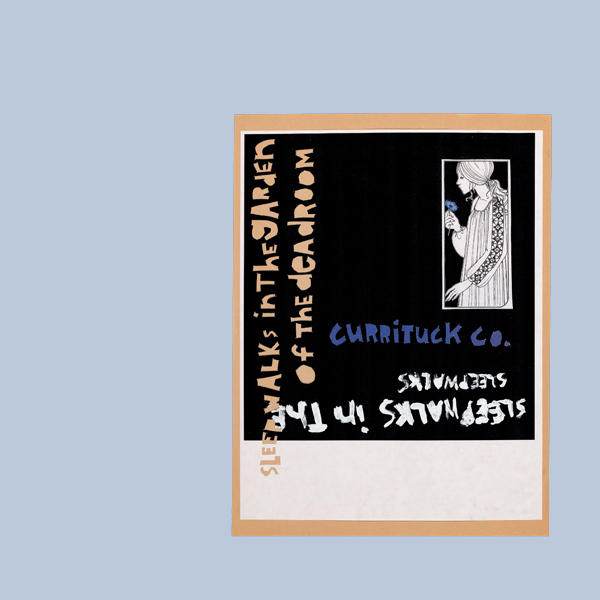