Fantastic debut LP by a Manchester trio who stand at the vanguard of Britain’s new new thing. Playing this record, we recall the raw excitement we felt a quarter century ago when bands like Skullflower, A Band, R!!!S!!!, and the Shadow Ring were reinventing the shape of the UK sub-underground.

Silver Dick is made up of guitarists Kate Armitage and Martin Greenwood, and drummer Joincey. They’ve all been involved in other projects (from Inca Eyeball to Desmadrados Soldados De Ventura), but there’s a very special jumble to the sound they’ve found with Silver Dick. Like Mosquitoes, they have a way of shaping basic rock instrumentation to create something extraordinary and strange, really only comparable (in our limited experience) to the early work of the legendary New York band, Mars.

The guitars wind outwards in sprawls that suggest melodies rather than outlining them. Kate’s vocals have a hypnotized feel, as though they were being done by one of the actresses in Herzog’s Heart of Glass. And the percussion manages to sound clatterous while still maintaining the ability to keep things moving forward in a jagged line.

The results are a delirious mix, full of secret information, and highlighted by the use of anonymous “small instruments” of all sorts. If this is the beginning of a revolution, then bring it the fuck on. -Byron Coley, 2018 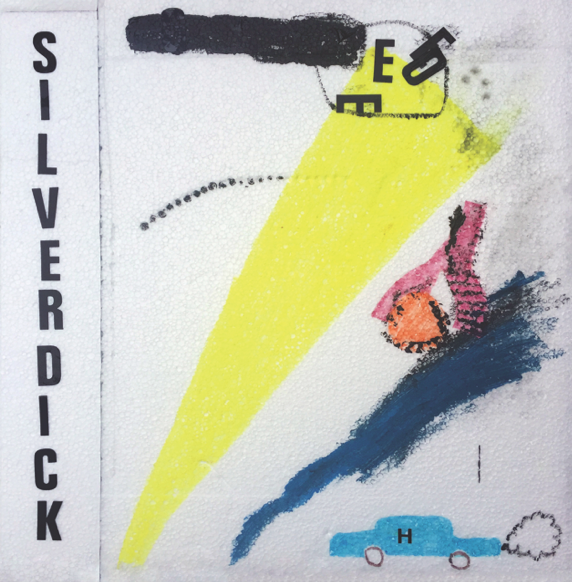