Although I have lately taken to associating Louisville’s Ryan Davis with the maniacal blurt of Tropical Trash, I am reminded by the release of the fourth State Champion LP, that this is his original mothership.

Send Flowers is State Champion’s most fully realized Beard Rock expression to date. The surrealist underpinning of Ryan’s lyrics are heavier than ever, but that is balanced by the band’s most epiphanically tasty licking. The pieces fit together with such easy organic grace, it’s tempting to suspect they’re simple. But the closer you listen to the parts the more complex they appear.

This begins with Ryan’s words, which are sung so gracefully you have to concentrate to pick up on the timeless phrases he invents here, but when you pay attention they jump up and just about bite you. The same thing goes for the instrumentation, which initially passes as a mere recreation of lost Topanga threads. but surpasses those bounds with the something approaching the same assurance as the David Lindley-led band on Terry Reid’s River LP (the transcendent Beard Rock masterpiece).

Send Flowers will almost surely be misapprehended by lazy farmers and the cows who follow them. It may also be anathema to folks who primarily head-link it to Tropical Trash, but for anyone who digs the new generation of singer/songwriters out there, from Wooden Wand to Ned Collette to the legacy of the Silver Jews.

“I’m not 100% sure why State Champion’s exceptional 4th album is called Send Flowers, but I could probably guess. The band do this shaggy-dog wink and shuffle, smart rock-n-roll like the Ass Pony’s (my favorite 90’s rock-n-roll band) or Sentimental Hygiene-era Zevon or even Son Volt if Jay Farrar actually had a sense of humor. But there’s nothing smug or micro-brew about this record, nothing that makes you think, “these guys are winners!” State Champion, long past their 7-year itch, play together like groovers, who spend more time on Craigslist than Instagram and buy their amps at pawn shops, not Guitar Center. It’s not college-rock; it’s college dropout rock!

I was sitting on my porch- this is in May and in Texas- and it was a 103 degrees. I was playing Chess With Friends, one of my 6 apps besides the flashlight one, drinking Tecate. I cussed aloud, “shit,” for making a bad move. Maybe I was buzzed or overheated or, I guess, I could always blame the mosquitos. I covered myself in DEET, opened another beer, and checked my email on my dumbphone with a link someone sent with this record. I plugged in my headphones, covered in chemicals and sweat. The first song, “My Over, My Under,” starts with guitar riffs and the rhetorical, “How many fantasies never make it past the pillow cover?/ how many of the great love songs are wasted on the lousiest lovers?” Good questions, I thought. And it kept getting better.

State Champion somehow convinced/charmed Edith Frost to sing on the record, so she drove from Austin to Bloomington, Indiana, where they recorded (good move, she rules). The band is doing the long-distance-thing these days, members spread out over several states now, so they convened down the road from Mellencamp’s compound at Russian Recording Studios. If I had been invited, I think I would’ve fit in just fine, and we’d probably talk about the good years for minivans, Rip Torn, why a B.L.T. is the perfect sandwich, seasonal allergies, Dwight Yoakam, and why Funny Farm is the best movie of the 1980’s. And if I didn’t become their friend, I’d at least become a character in one of their songs.

So what’s my guess as to why they named the record, Send Flowers? State Champion write the kind of jams that capture the sad and joyful ennui of living that starts with, “fuck, I overslept!” and ends (days? years?) later with “but, I love you!” They aren’t asking you to “send flowers” to a funeral or a celebration- too extreme. Their special occasion is that middle-section-life- with a lowercase “l”. Call your florist.”

If Bob Dylan was funny, if Tom Waits was relevant, Ryan might not be peerless at what he does best, which is writing large gregarious circles around his pitiful colleagues in the field. 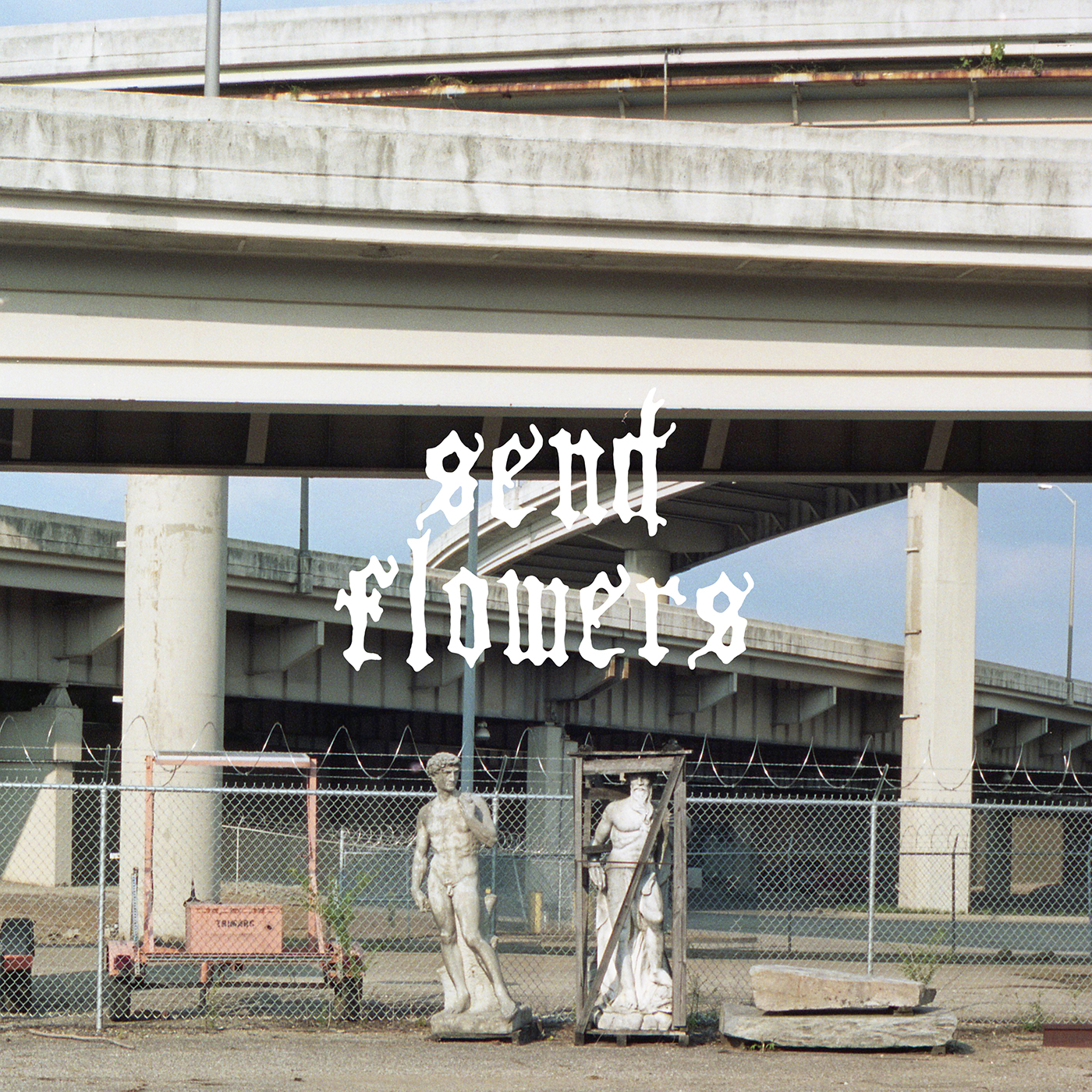