Black Vinyl – Out of Print

The Eighteenth Day of May were a six-piece, London based group. Originally formed as an acoustic trio consisting of American Alison Brice (vocals, flute), Swede Richard Olson (acoustic guitar, harmonica and sitar) and Ben Phillipson (guitar and mandolin), they combined elements of traditional and contemporary folk with a psychedelic jangle. They spent the summer and autumn of 2003 bonding over Fairport Convention, The Incredible String Band, Steeleye Span, Sandy Denny and Trees all blending in with the Psychedelic music they already loved which was feeding into their home demo recordings. In early 2004 they went electric adding the rhythm section of Mark Nicholas (bass), and Karl Sabino (drums, autoharp) and then lastly ex-Saloon player Alison Cotton (viola). It was after appearing on a cover mount disc for the much missed ‘It Comes With A Smile Magazine’ that Andy Childs (Head of Hannibal Records /RYKO) fell in love with the band and continued the path of fellow legendary Hannibal head Joe Boyds policy of signing eclectic artists. Back in 2004 it felt like no one was making music like this – old weird folk songs, Americana, original psych folk, minimalist drones via great melodies and eclectic instrumentation. The result was a joyous, unfetted, fluid sound that in one moment could conjure up flashes of The Byrds or Fotheringay and then minutes later the spirit of The Velvet Underground would drift though the music. Live they would even cover artist from Spacemen 3 and The Brian Jonestown Massacre to Buffy Saint Marie to traditional folk songs and would not be afraid to stamp their own identity on them. When it come to recording their first (and only) LP they were teaming with ideas and enthusiasm, buoyant from the attention of artists like Robyn Hitchcock and Peter Buck with whom they toured. The LP some 15 years later has not dated one bit, as with all good music it’s qualities have and resonance have matured and endured, it’s subtleties have become more apparent and beguiling. maybe 2005 just wasn’t ready for a band playing contemporary English Folk Music. Added onto to this retrospective release are several excellent extra tracks, some of which were recorded for a second album that they were never able to complete. Hard to imagine it would have been even better than the first but listen to the tracks recorded and you can only feel sadness that it never happened.

Much Love to Andy Childs for his enthusiasm and love for The 18th Day Of May and for his writings. 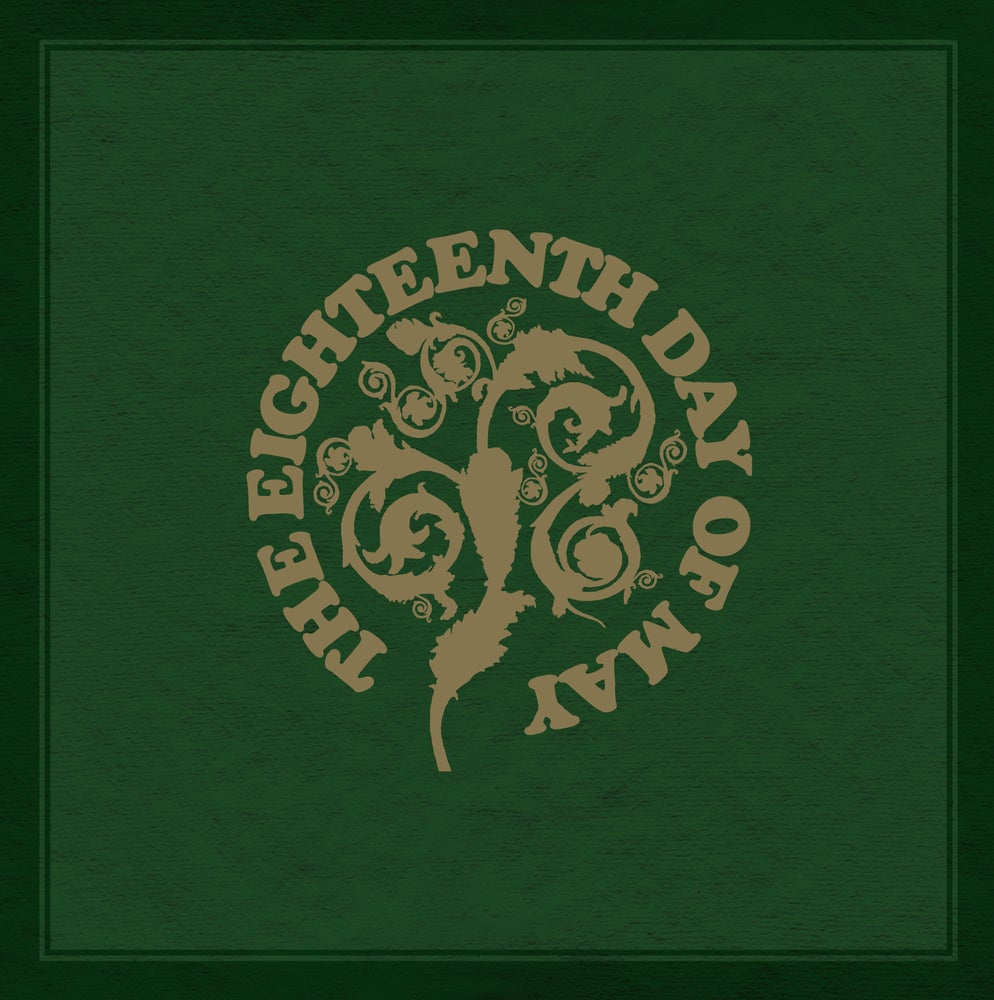