Cloud Becomes Your Hand “Rock or Cakes” LP with download

First vinyl (the CDs on New York’s Northern Spy) by this willfully eclectic Brooklyn quintet. It’s never clear if they’re aware of it or not, but much of CBYH’s sound swings with the same way-off-center lope that marks the most enjoyable (as opposed to brittle) work of the Canterbury/RIO continuum. There are even textural similarities to some of the post-Zeuhl French chamber-prog bands of the last century, especially when the violin and synthesizer combine to set the scene. But there’s a humorous (or loopily surreal) edge to the material that could never be comprehended by that po-faced lot. It’s odd to hear an underground prog band these days that neither references krautrock, nor sounds dour as a bloody stool, but CBYH pull the trick off with aplomb. The tracks are compact, but move around with the same antic charm of the Residents or Renaldo and the Loaf, managing to toss in small details that recall the berserk melodies Roy Shield wrote for Hal Roach’s Little Rascals films. One keeps listening for a “tell” — something that will definitively tie the band to 21st Century Brooklyn, but it’s not forthcoming. Rocks or Cakes isn’t easily taggable within either time or space. The music is a complex, engaging and very cool-sounding puzzle by a band that shifts gears with remarkable precision and tightness. They totally pull all this off in live performance, as well, which is something that’s not common. So catch them live if you can, and buy this record fast or you’ll have to listen to it on CD. Which just wouldn’t be the same.
-Byron Coley, 2014 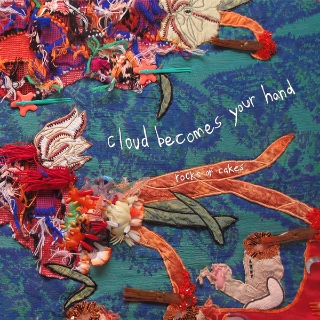