First vinyl by a band that has long been in the vanguard of the neu Boston commune-hunch. Although known only via CDRs, live shows and compilation tracks, Peace, Loving has been at work crafting their mysterious völk moves for the better part of a decade.

The core of the band on this record is a quartet — ARKM Foam (who also appears on the Bang! Bros. 12/12/12 EP, FTR 170), Kate Lee, Morgan Shaker and Pancho the Kidd. Several of these souls are central to the whole Whitehaus scene in Jamaica Plain, and an array of fellow travelers pile on at various moments of this album. You can easily discern the weekly hoot roots of their sound on the studio side of the LP, which makes me think of what youthful vipers might come up with after listening to stuff like Dan Hicks, Captain Matchbox and Homegas. These tunes have a mix of naif lyricism, slightly archaic pop moves and a soupçon of stoned improvisational logic that pops up in unexpected places. It’s a blend that grows on you more and more with each spin.

The live side of the album is a different beast entirely. It starts with jingly minimalism that recalls 16 Bitch Pile-Up at their least noisy, but it merges into a quiet flow of banjo and the kind of dimly sparkling percussion you expect to find sprawled around the rug of a rural cabin. The music develops a deep and abstract smokiness, of the kind associated with outfits like MVEE or Mendocino, eventually erupting into a symphony of sound as thick as the climatic sequences of Hitchcock’s 1963 film, The Birds.

All in all Peace, Loving is a perplexing and very warm spin. One likes to imagine it might have been something ED Denson snuck onto Takoma back in the day, when Fahey wasn’t paying attention. Would have been a classic of unknown-tongue form then, and remains one now. Dig it. 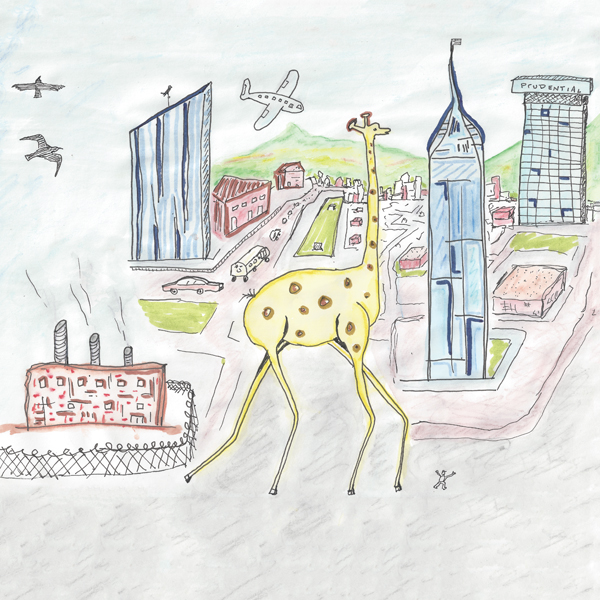