Jonny Kosmo, the Los Angeles (via New England) registered therapist and home recordist is a card carrying expert in the shape of your desire & the horizon of meanings your dreams catalyze. In his briefcase lives his weapons grade kaleidoscope, a 1972 mayfair recorder, and a neatly folded pair of pants that fits seamlessly to the shape of your longing. His armchair prescriptions for the zeitgeist hover ever present on his most recent LP Pastry which hits you Like 69 cc of heady nostalgia for a time he never lived in. The album is like if David Lynch’s Dr Jacobi and Stevie Wonder teamed up to make a new brand of funky golden shovels to “dig yourself out of the shit” with (So of course Kosmo has an affection for feeding tubes own brand of immaculately silent shudders). But don’t mistake Kosmos penchant for the gooey gone past as a hauntological hypnagogia or any other mishmash of intellectual twaddle. Kosmo isn’t Mark Fisher, because he is what Fisher could never be…. alive and well , thriving amidst the world of fear, confusion, and pain — yet another well cloned representative of the hidden love that lives at the bottom of the stories we tell ourselves. Kosmo achieves this effect through his buoyant optimism that benevolently anthropomorphised the street art and billboard thematix which now populate the hipper regions of Los Angeles. His songs break that unholy ground and become (yet again) the seed for the building of the next world. Here for your consideration, is a new bedtime story sung in the daylight and danced in the moonlight . A siren song for today’s hipsters to pool together their silver spoons, use their illusions, and become tomorrow’s lovers. If he lands this trick, it’s undeniable that In the future the word Kosmo will become ubiquitous with the way a googly eye can make a face out of any old thing. Sure , the uninitiated will think they are getting an innocent confection, but it’s really laced with love potion number 10. So go get yours before it comes and gets you, got me?! 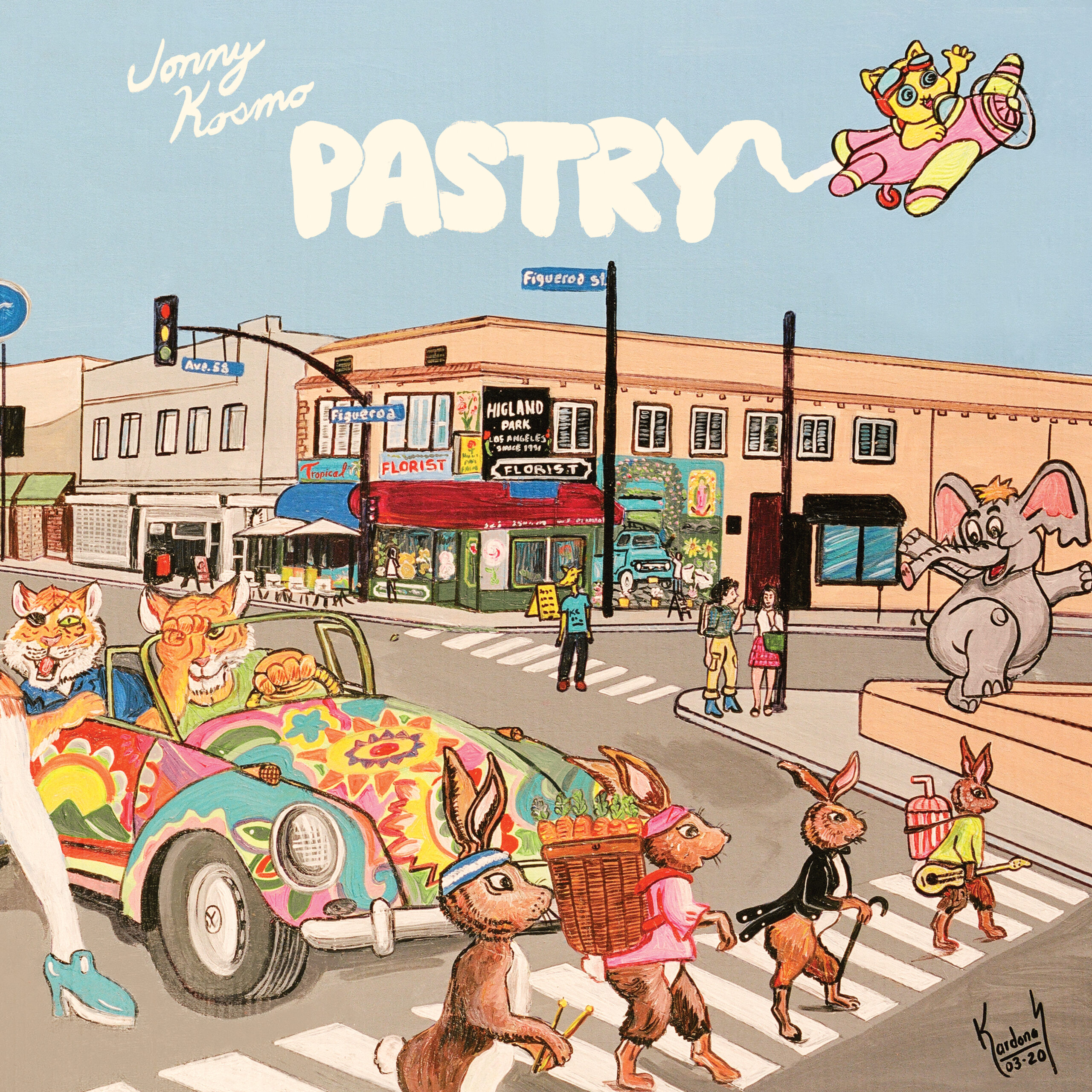