BLACK VINYL
OUT OF PRINT

Paradisiacal Mind, the group’s tenth (or possibly twelfth?) full-length since 2008, conjures a floating stellular kraut Americano with quite a lot to pull you in to the mix and then drift you right back out again. Following two simultaneous 2017 releases – on Feeding Tube and Beyond Beyond Is Beyond – that explored out-of-body experience, this latest work turns decidedly inward. Psychic rock that guides your vision to heaven, and heaven is in your mind. When cover artist Kyla Quigley asked the band to draw from the tarot to inform her new work, the card was The Star, a renewal of hope and strength to carry on.

And so it all came together – acute, right and obtuse, all at once. A portion of the record was recorded in Oakland by Zachary Watkins (Black Spirituals), who helped set the atmosphere to capture the festival consciousness vibes. The remainder was realized on Bernal Hill, celebrating the 50+ year tradition of San Francisco psychedelic intensity. Additional players include Laura Naukkarinen (Lau Nau), Taralie Peterson (Spires That In The Sunset Rise) and Michael Whittaker (Jackie-O Motherfucker).

Recommended to the open minds that celebrate such sounds as the punk-hippie crossover scene of mid ‘80s SST records, as well as listeners of Scandinavian/Teutonic communal motorik vibes. And those into spiritual jazz, meditative and primordial minimalism, and scratched Environments LPs from the dollar bin. 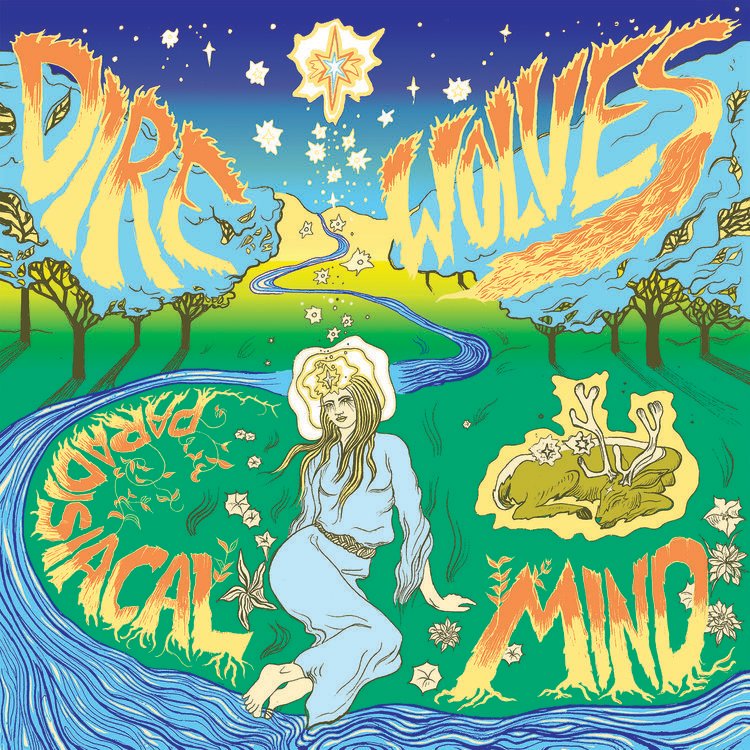