Fifth vinyl LP by this bi-coastal duo whose last record (2012’s Chill Wave FTR082) was a goddamn SURF album. And indeed, there are still grains of sand audible in the tones Steve D’Ag wrenches out of his guitar, but the main influence/what-have-ya this time is mind-expanding drugs, and their influence on music.

As all good heads know there was a direct connection between surf rock and acid rock. Rick Griffin did the early fliers for his high school buddies, The Challengers, long before he became the king of underground comix/poster art. And listening to an album like Beat of the Earth’s eponymous debut, you can almost hear the Brotherhood of Eternal Love transforming the double helixes of SoCal surf culture with massed waves of Orange Sunshine. And so it is here.

There’s a definite ’65 feel to some of the churning here, and it’s all pointed in a Dionysian direction. When Glenna Van Nostrand (aka Onmivore FTR072) dips into the Billie Holiday songbook, the results recall Dan Hicks and His Hot Licks, the main band to emerge from the ashes of SF’s all-time proto-psych band, The Charlatans. When horns honk and keyboards tootle, the effect is similar to recreating the final hours of some woozy dance party in the mid-’60s, when the greasers had all passed out, and the band was just starting to feel its first rush.

Because the two main clowns of Zebu! are such jokers, there’s really no telling what they hoped to achieve with this record. But it hits right in the middle of a strange culture warp. And it hits as hard as Doctor Tim Leary’s kidneys being shot out of a canon. Just close your mouth and dig.  -Byron Coley, 2018 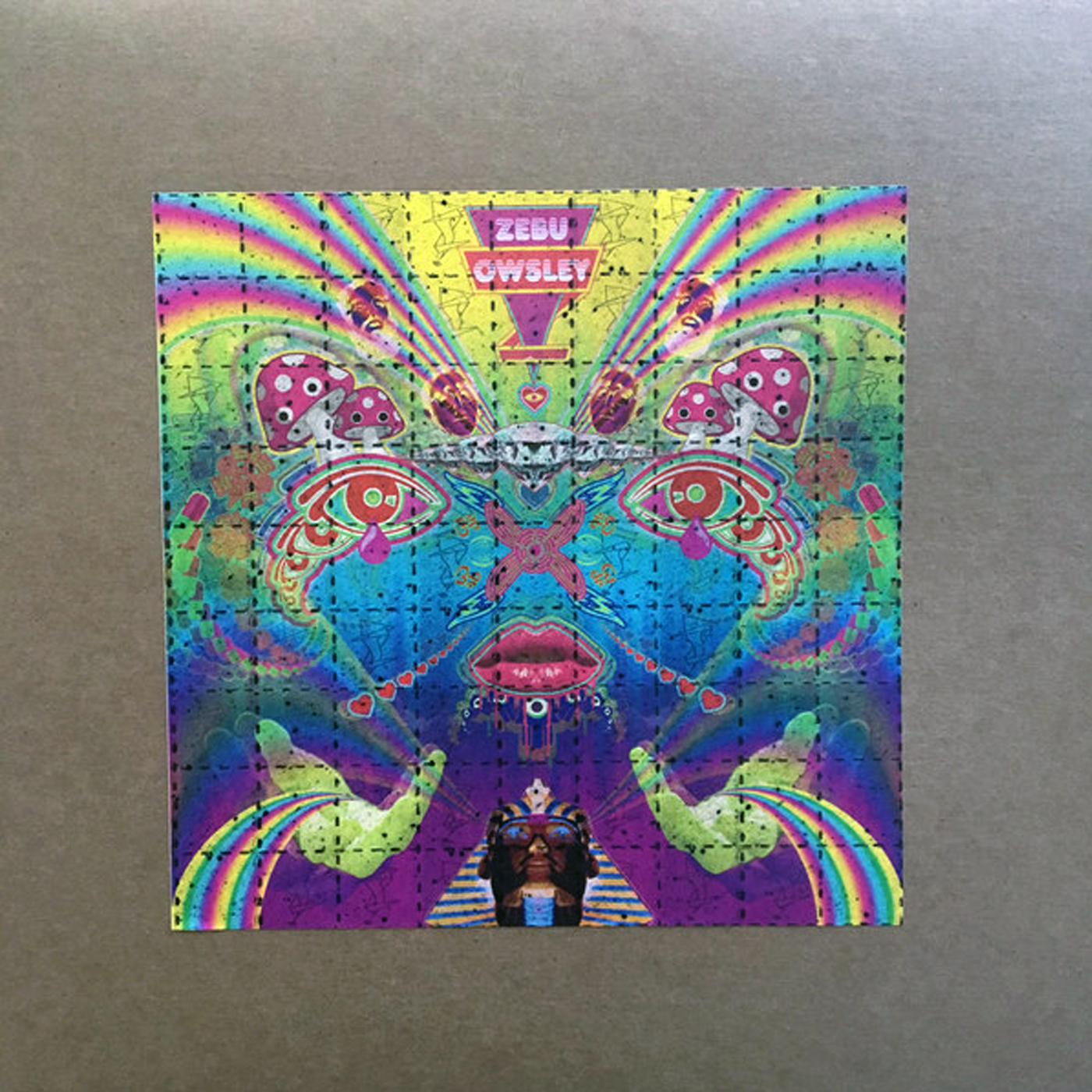