Fantastic studio recording, caught by Taylor Hales at Chicago’s legendary Electrical Audio, documenting the first full meeting of all the players on this album. Mako Sica, at this point in time revolve around the core duo of Przemyslaw Krys Drazek (electric trumpet, mandolin, electric guitar) and Brent Fuscaldo (vocals, electric bass, harmonica, thumb piano, gong, percussion). For this session, these two are joined once again by Chicago’s always-revelatory percussionist, Hamid Drake, with whom they have previously recorded Ronda (FTR409) and Balancing Tear (FTR513). In addition, Ourania features the upright bass and shamisen of Tasu Aoki (Drake’s longtime partner in Fred Anderson’s trio). Also included in the roster is Thymme Jones, the leader of Chicago’s epic Cheer-Accident (among many other roles), and a dab hand at everything from balloon to grand piano.

The basic idea for the album was to continue building on Mako Sica’s recorded collaborations with Drake, and to do so in as spontaneous as setting as possible. It would be hard to say they didn’t succeed like crazy. From a two hour session, the quintet emerged with 90 minutes of finished material, selections of which are presented on Ourania (a name stemming from Greek mythology, attached to the Muse who was the Goddess of Astronomy).

The three long tracks on the album are all as stunning as they are different.

“Rain” begins with strings and keys and Brent’s vocals accented by Hamid’s drums. Thymme comes in with an outlined piano presence recalling Neck’s Chris Abrams, and the burble of instrumental interplay makes me think of Josh Abrams’ Natural Information Society intersecting with the Sun City Girls at their most melodious.  Have twangy guitar will travel, overlaid with Miles-via-Stanko trumpe clouds.

“Gasping for Breath” is a term taken from Janusz Anderman’s book Poland Under Black Light. It refers to the Solidarity movement but also is an apt reference to the current problems America faces and the tragic loss of George Floyd. Tatsu’s shamisen starts things with a plucked groove that expands quickly. Layers of vocals play words against non-words, while the pulse thickens. topped with slinky bass/trumpet dialogue whose bent and fried notes hint at don cherry’s most worldly smears.

“Ourania (edit)” is a short teaser from a much longer piece. Beginning with vocals start that may or may not be words, everything comes together like a snowball creating an avalanche. Stately piano figures, sizzling percussion, guitar skeletons, sloughs of trumpet and all else, combine into a slowly whirling ghost tornado that disappears into you head.

And that’s it — Ourania. As fresh a slap of freedom as you’ll feel this year. Dig it. 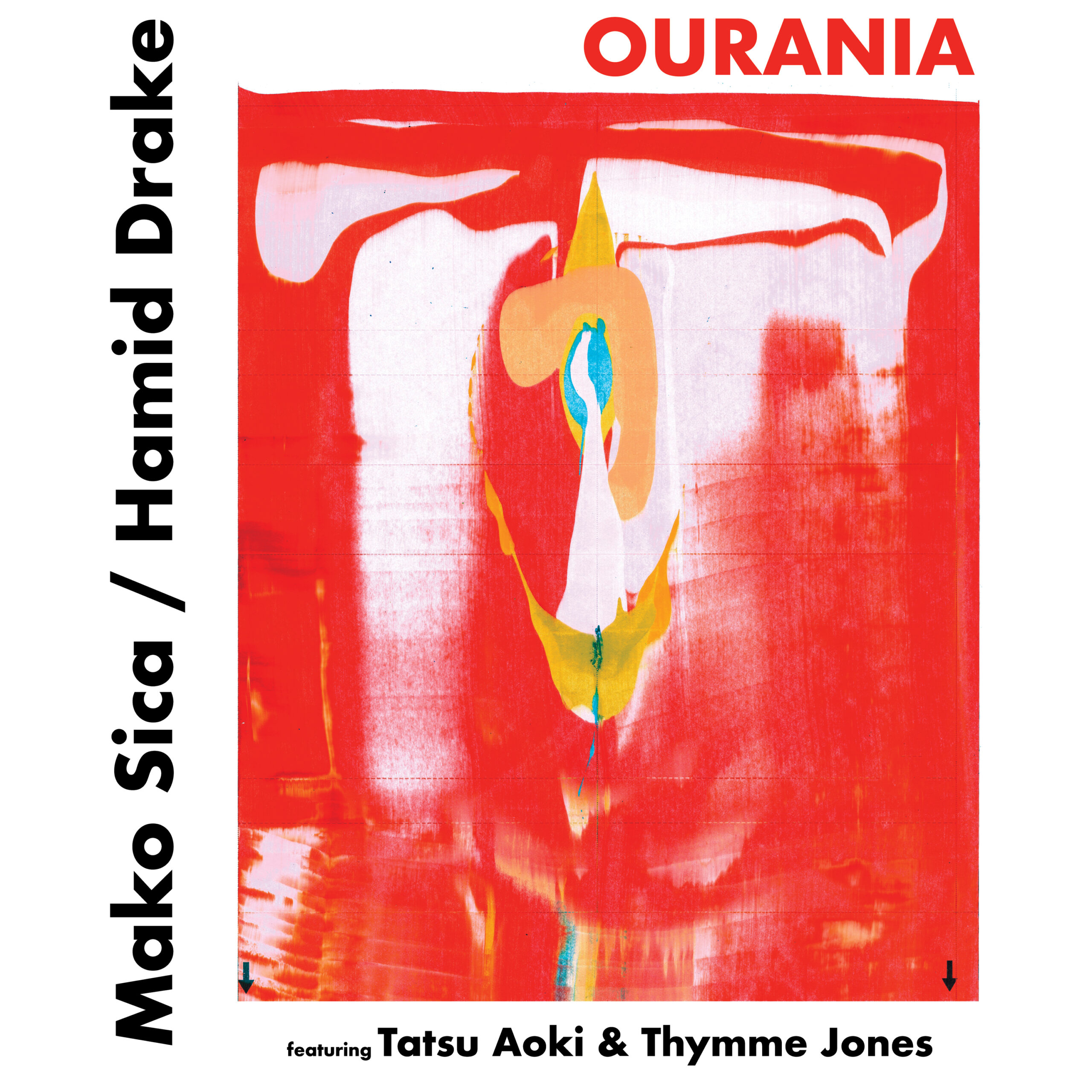