Here is the second solo LP by the wonderful London-based singer/multi-instrumentalist Alison Cotton. Originally issued on cassette by the mighty Bloxham Tapes, just about everyone who heard Only Darkness Now suggested it might make for an excellent LP. And hey — they were right.

Alison’s debut LP ‘All Is Quiet at the Ancient Theatre’ received wide ranging critical acclaim from placing in the Guardians Writers Album Of The Year to placing in the Quietus Albums of the Year.

Ms. Cotton has a storied past performing with Saloon and The Eighteenth Day of May, and she still may be found doing likewise with The Left Outsides. And don’t get me wrong — those are all great bands, but solo work allows Alison to follow different and often darker paths through the forest of sound. Of which this album is a perfect example.

‘Only Darkness Now’ begins with a sidelong instrumental track, “Behind the Spiderweb Gate,” during which Cotton displays her immense drone chops, organizing rich, thick layers of viola, Omnichord and voice into the soundtrack for a totally immersive trip. The effect is such that Seconds become minutes and as time stretches till eventually, in the peak, time ceases to have any meaning whatsoever – a beautiful state to be transported too as everything slows down. You could spend a whole year listening to this one.

The second side starts with “In Solitude I Will Fade Away,” a collage of Alison’s voice, twinned and then some. It’s short and sweet with just a little drumming to move things along. “How My Heart Bled in Bleeding Heart Yard” brims with as much longing as it title suggests. It opens with a long instrumental passage, emphasizing the human pace of a harmonium’s breath patterns, soon joined by a viola, also offering tones of a very human quality. All of this swells into a chorale of immense and mournful depth before being joined by Nico-like vocals that raise a wordless alarm. ”The Hill Was Hollow” is a short mystery for percussion and violin. Unravel at your own peril. Finally there is “Shirt of Lace.” This is a studio recording of one of Alison’s regular live covers. The song is by the late Dorothy Carter (a visionary American musician whose work bridged experimental and medieval musics) and Cotton’s version is a sheer blast — her vocals curling and twisting high above a supple bed of key drones, string plucks and sliding arco passageways.

Wow, what a great record. It’s one of the the very few albums I can name that matches the cold fire of Nico’s Marble Index and it does so without taking a single step that isn’t purely Alison’s own.
Prepare your record shelf to deal with a miracle. Only Darkness Now. 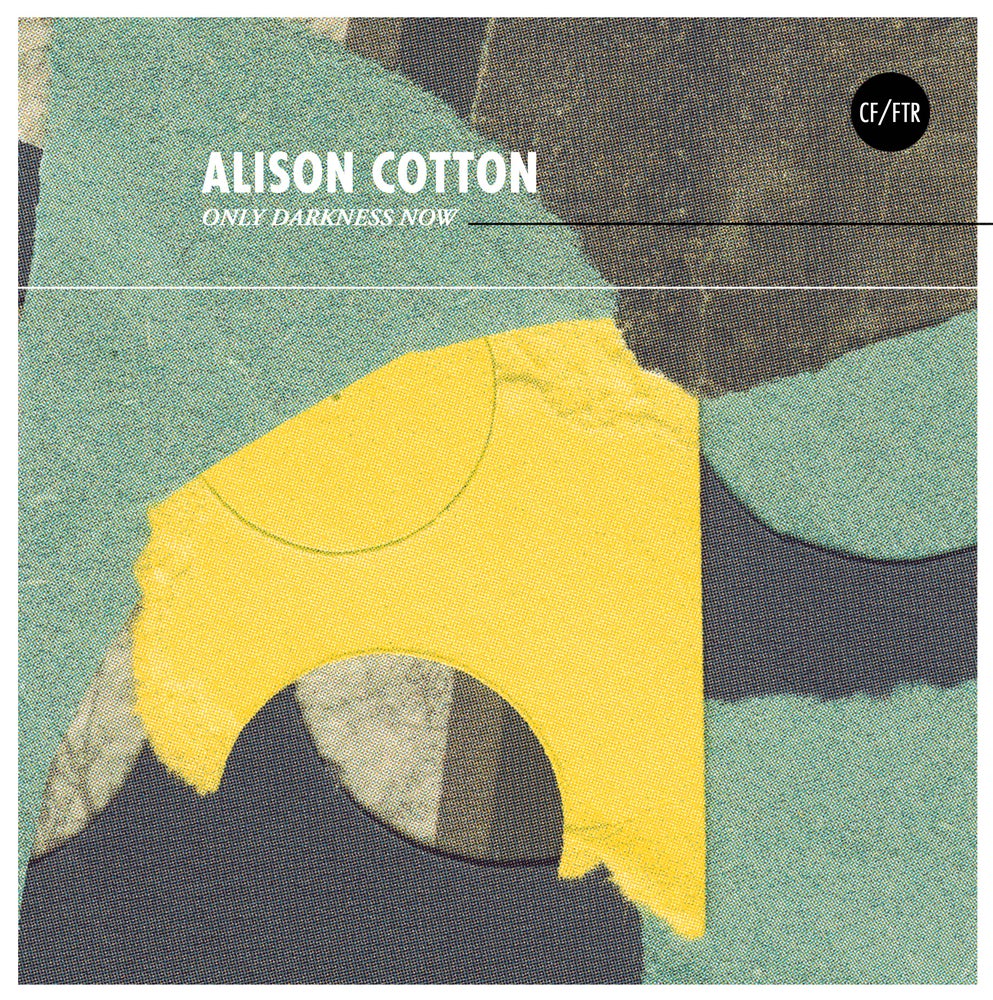