The Lloyd Pack - On Holiday With…

The Lloyd Pack is a project the prolific Dan Melchior has taken in a variety of directions. The band has been composed of various people, sometimes it’s large, sometimes it’s small, and the music’s nature has always been unpredictable. On Holiday, recorded at various places and assembled in Raleigh, NC, is one of the Pack’s small format efforts. For most of the music the only players are Mr. Melchior and vocalist Russell Walker (of the Pheromoans, among other bands). They are sometimes joined by Dan’s not-infrequent collaborator, Anthony Allman, and on one track by the late Letha Rodman Melchior (once the drummer of Ecstatic Peace combo, Cell). And unlike the Pack’s last LP, 2015’s faux-Afrique A Tribute (Amish), the music here is generally low-key art-rock with somewhat raw characteristics.

Of course, trying to cage Melchior’s music with mere words is always problematic. Even his most garagey antics always have a whiff of sophistication lurking somewhere, and his most dastardly high-art moves always seem to have absurdist grooves built into them somewhere. For On Holiday, The Lloyd Pack uses audio clips of what I assume to be the late Kentish actor after whom it it named (Roger Lloyd-Pack), but these introductions often lead into dangerously riff-heavy cul-de-sacs where Walker lays down casual lyrics, while while Melchior spins music that usually begins in utter simplicity and ends up running head first into a wall of blubber. Not really sure how he does it, but Dan has mad alchemical chops. And it just kinda works out.

In a way On Holiday with…The Lloyd Pack is one of the most generously balanced records Melchior has ever done. It often hovers in a sweet spot somewhere between pop and dunt and art, like Rod Stewart’s riding a bucking boar in zero gravity. Or something. Regardless, you won’t want to miss the spectacle. And in a way, it’s the perfect entree to the wide wild world of Daniel Melchior. 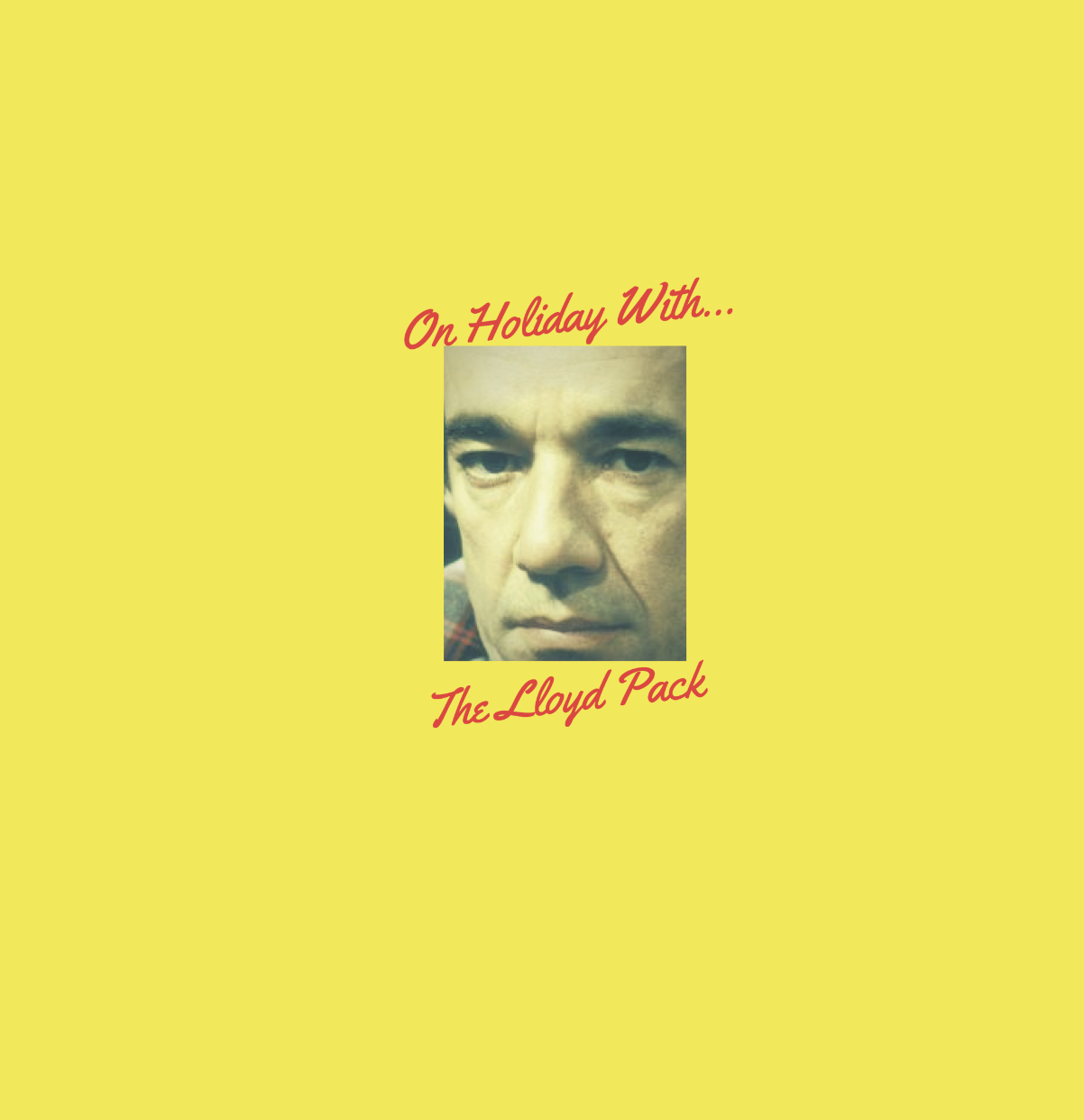