Cardinal Fuzz and Feeding Tube Records are at long last ecstatic to bring to you for your listening pleasure “Nudity – Is God’s Creation”2xLP . A retrospective release of recordings dating from 2005 to 2010 of orgasmic interstellar mayhem . Reissued and for the first time available domestically in the USA
In 2004, a commune named NUDITY, formed by four travellers from the astral plane, appeared in Olympia, Washington. The founding members were Dave HARVEY (guitar) and Jon Quitty QUITTNER (bass – though Josh Haynes of the mighty guitar fuzz scorchers Feral Ohms plays bass on the majority of the tracks featured here), both of whom were former guitarists of Tight Bros From Way Back When and Eryn ROSS (drums) from Growling,  A couple of self-distributed Cdrs and a 12” on Discourage were a visual akin to coloured liquid sloshing around on a transparency machine and were a pure drip feed for psych /kraut and Jap Rock fiends around the world as Julian Cope and Terrascope raved about them. Alas for whatever reason no full length LP arrived from the original line up – something that at last has been rectified as now all these tracks have been brought together (along with some unreleased gems and a  couple of live bonus download tracks). The sonic ear candy contained within the 4 sides of vinyl presented here go From Detroit fuzz blazing face melters to acid trippin’ head swirling raga’s via The Flower Travelin’ Band and Hawkwind.  Nudity were the masters and for those that missed out the first time this double album was released – Don’t make the same mistake a second time.
Terrascope gushed about Nudity – “This is seriously fucking good; one of those quite literally extra-ordinary LPs that come along every once in a while which you just know instinctively are going to be dug out and played, sniffed and caressed for years” 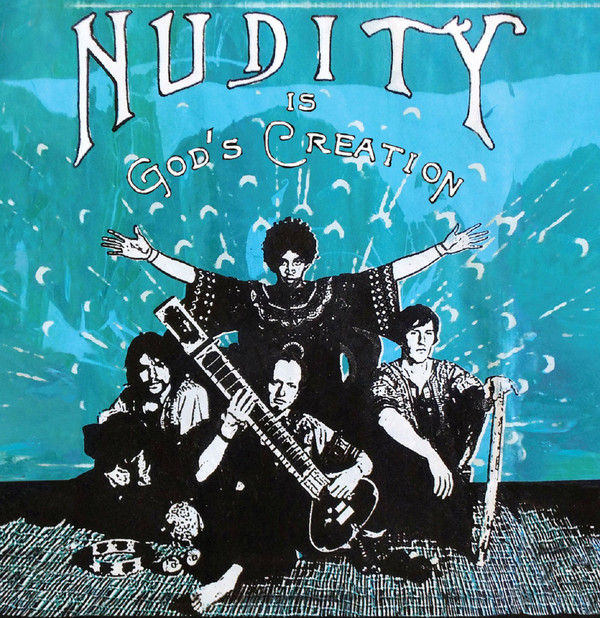