Myriam Gendron - Not So Deep As A Well

The debut LP by Montreal’s Myrian Gendron is one of this year’s signature releases. We had previously been made aware of Myriam when she performed at the Michael Hurley cover tune showcase at the Casa del Popolo. That event, tied to l’Oie de Cravan’s publication of The Words to the Songs of Michael Hurley, introduced Myriam as a wonderful if spectral guitarist and singer, whose signature sound was as light as it was intoxicating. Her next performance was an event including the American poet Charles Plymell, and she debuted a set of material based on the poems of Dorothy Parker. We were all blown away. Plymell and Gerard Malanga were effusive in their praise of her work. and when a tape fell into the hands of Richard Meltzer, he agreed that Myriam’s approach to the material attained a singularity of loss that had not yet been approached. The set was a stun gun, set on its highest possible notch. It blew away anything similar, and achieved a wordy beauty that both buggered description and celebrated itself. Parker’s poetry — though little known in comparison to her prose — offers many possibilities of both beauty and humor. Myriam grabs every edge availed to her, and does so beautifully. This album glows with holism and is one of the most beautiful evocations of times past and present and future you will hear this year.  -Byron Coley, 2014

FUCKINRECORDREVIEWS named MYRIAM GENDRON’S NOT SO DEEP AS A WELL Best Record of 2014!! 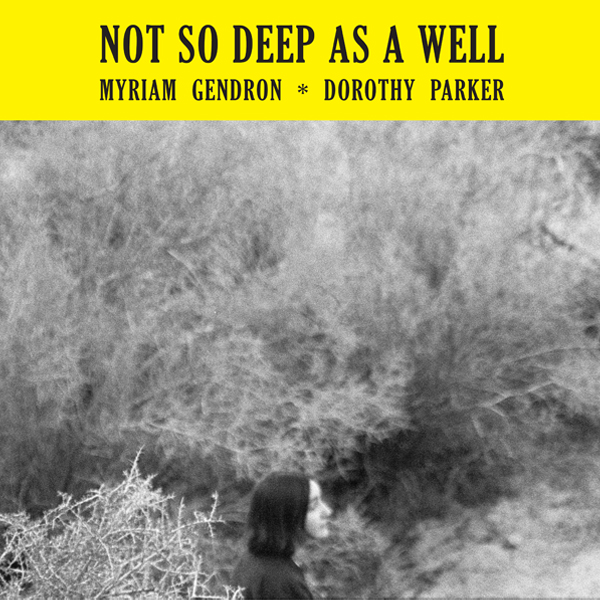