The Lentils - My Pillow Lava – Part Negative One : Legitimate A SMR / Live From Turner’s Falls Ma.

As the Lentils shift their lip-movements to the land of the rising sun (Cali), they have prepared a final kiss for the New England-based fans who have loved Luke Csehak through the many pangs of his early iterations.

Half of the record is a studio recording, continuing the emotional saga begun on the Lentils’ 2014 debut LP. The music is a bit more scrambled and broken this time. The riffs are sometimes buried under more outsider confabulation than we’re used to, as though everyone is wearing big rubber boots that have just come from mucking out the stalls. It’s what you’d have to call a real Crackabaggy Sound, with all the sweat and smoke and stink that implies. It’s the sort of music that goes through your head when you’re looking at a big field you have to plow, and you can only think about the rocks. The tunes themselves have a truly heroic glow, but the bridges between them are haunted by winter’s brute strength.

The second side was recorded live on a cold January night in Turner’s Falls. This is the Lentils in their finest proletarian mode — playing loose angular pop like a friendly cross between The Strapping Fieldhands and Great Plains. There are sleeper-pop moves on here so heavy you’re bound to become a believer. And you’ll miss them already. Even if you never heard ’em before. S’long! – Byron Coley, 2016 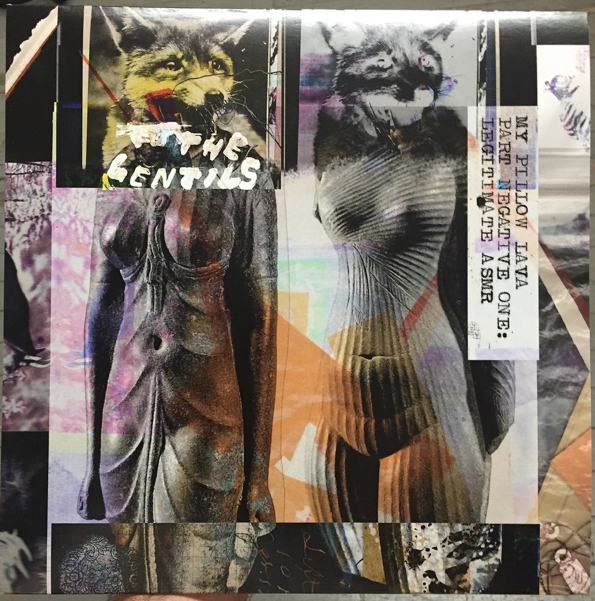