First vinyl reissue of the second LP released by Alavaro Pena originally released in 1979 following the runaway success of his debut album, Drinkin My Own Sperm. Although recorded in Germany, Alvaro again employed his regular drummer, Antonio Narvaez, with a few assists on the second side from Hilde Schneider, Alvaro’s then-wife.

The first side was recorded by a german engineer, Olaf Dung, who carried his rig around with him in his briefcase. How this exactly worked is unclear, but the music is great and includes some of Alvaro’s most classically catchy tunes. Lili Dwight is a long-time fan of “Honey,” which she often sings aloud at apiary gatherings. Ted Lee does the same when crashing La Leche League outings to the strains of “Mum’s Milk Not Powder.” And so on. Alvaro’s second album is just the sort of thing you’ll be happy to use for a personal soundtrack, regardless of your politics or trajectory.

Apparently, however, Alvaro and Mr. Dung had a falling out before the album’s second side was completed, which meant there are some ad hoc compositions added to finish out the record. Primary among these are “Brown Loaf,” something of a baking tutorial conducted whilst Drinkin My Own Sperm plays on a nearby radio, and “Washingdishes,” which is one of the few tracks to ever document extended nose flute improvisations.

Another classic piece of the mysterious puzzle that is Alvaro. Miss it at your own extreme personal peril.

Quotes from the London  Music Press 1980: 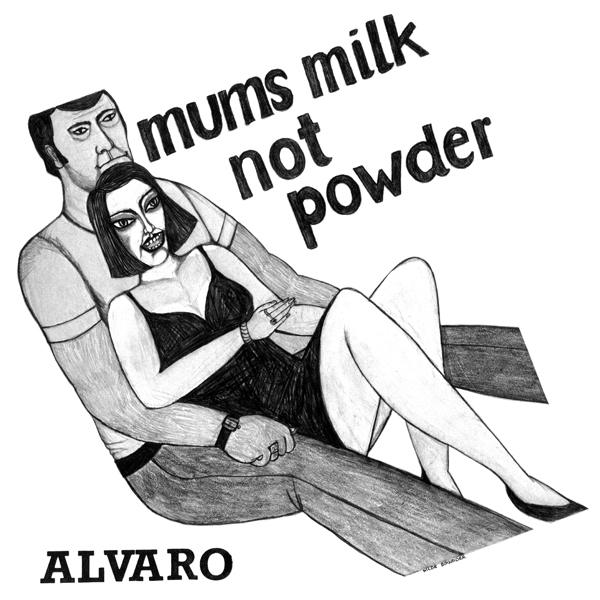