The Magnificent Pussies - Mouth To Mouth

The Magnificent Pussies “Mouth To Mouth” CS
Edition of 200

There were we — and by “we” I mean “us” –starving, hysterical, naked, prowling the Hebrew streets at dawn, way the fuck out where Brooklyn meets Queens, searching for an angry snack. We did not find it, but we were hungry because we had just finished our first performanec as the MPs at Dennis Tyfuss’ free funk festival in the ‘hood.

I was reading from the book of my writing Dennis had issued a year previously. Ted Lee was playing a cymbal he had borrowed from Dennis six months earlier, falsely promising to return it filled with fresh urine. Gary Panter was playing a guitar he had stolen from Dennis’ tropically decorated tour van only about an hour before we started. Panter — more starving, hysterical and naked than me and Ted put together — had been saying he was going to play his teeth like a xylophone, but he saw the guitar sitting unnoticed, and new a good chance when he saw it.

We’ve done more gigs since then — mostly weddings and private circus parties — but this one will alwasy be special to us. Because it is out baby. And because he was the one who foisted off such a shitty group name on us, we forced Dennis to promise he’d do the cover art for the release. He tried to get out of it, but Gary flew over to Utterdam (or whevere the fuck it is he lives) and promised to take a shit every day in fron of Dennis’ apartment door until he complied. It only took three weeks! Hope you like it! 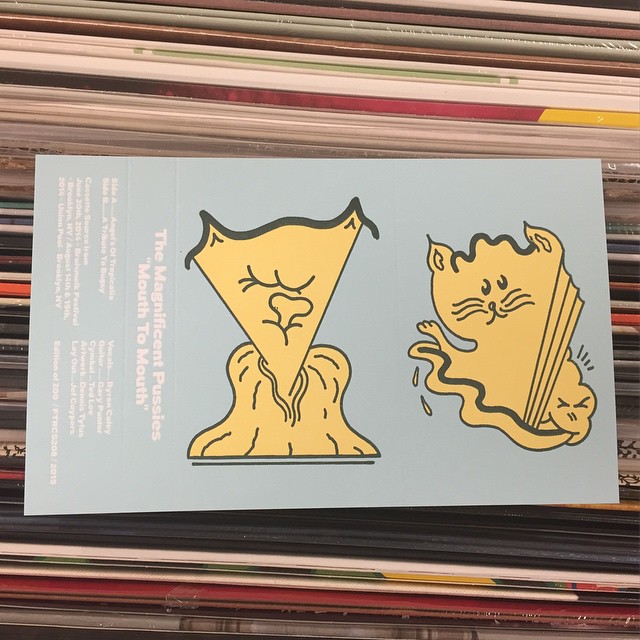