It’s been many a year since we handled a 7” featuring the extreme sonic textures of Borbetomagus’ Jim Sauter, but damn if he doesn;t sound bitchen in this kind of compressed environment. Playing in duo with the multi-directional thumping of Kid Millions, who has been playing with Jim for several years now, the sound is just a blaze of energy that expands in many known directions.

Jim’s tone goes from pure saxophonic terror to something that sounds more like an over-amped guitar to synth-like shrieking, in the blink of some eyes. With this small amount of time afforded them, the pair throw down even harder than they have on previous (temporally lengthier) sessions, and the world is a much more bruised place for their focus.

Cover art is by the redoubtable William “Bill” Nace, which means it is suitable for framing. So frame it today. 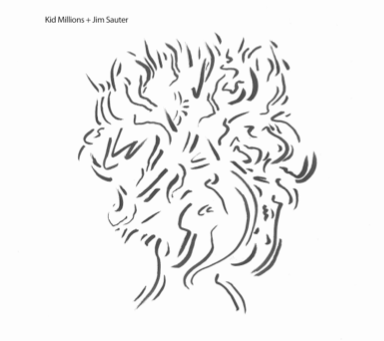