Here is the first Lazy Magnet LP since 2019’s Mahogany. And it’s a beautiful instrumental album which has known many iterations since it was first conceived.

Lazy Magnet has long been the home recording project of Jeremy Harris. Over the course of it’s long arc the actual music has taken many forms – this time he has chosen to dedicate an entire body of work on a single instrument: the acoustic piano.

The initial idea for Make It Fun Again dates to 2007, when Harris and his buddy Robert Parker (depicted on the cover) were screwing around recording anti-melodies on a cheap monophonic keyboard. This goof was too good to let go of, and Harris revisited his tape of the “sessions” as he traveled. He taught himself how to notate the music and agonized for 13 years over how it might be presented.

Harris says, “The style that I finally decided on was a recreation of a time in Amiens, France while I was on tour in 2009 where I was in an old barn in the middle of the night playing a fucked-up piano while it rained heavily outside. I was gently playing the themes and slowly piecing together chords based on the made-up scales that the toy keyboard had struggled to play back. As you can probably picture in your minds eye it was an immersive natural moment that left an indelible impression on me.” Fast forward to the summer of 2020….

“I opened up Logic Pro and started composing the music within it’s midi programming environment. It took a couple months for me to finally get all ten pieces to where they felt finished, but it ended up being well beyond my ability to sight read or play. I sent the automatically generated score to my friend Sakiko Mori. She told me it was all incorrect and impossible to read. I went back and basically taught myself how to properly write scores and corrected the pieces so that she could read and perform them.

“We booked time at machines with magnets and she recorded all of it in about four hours.”

The result is these ten instrumental pieces, played on piano by Mori. To my ear the feel of the program is very much in the vein of early 20th Century French pianists — Satie, Debussy, Poulenc — stately, melodically complex and simple at the same time, possessing many depths. The title track is a bit different — seemingly an example of extended pedal treatment and reel to reel manipulation.

Regardless, the music on Make It Fun Again is of a piece, and a deeply pleasurable one. Almost like a massive return to a previously unknown form. Gotta dig that. Eh? 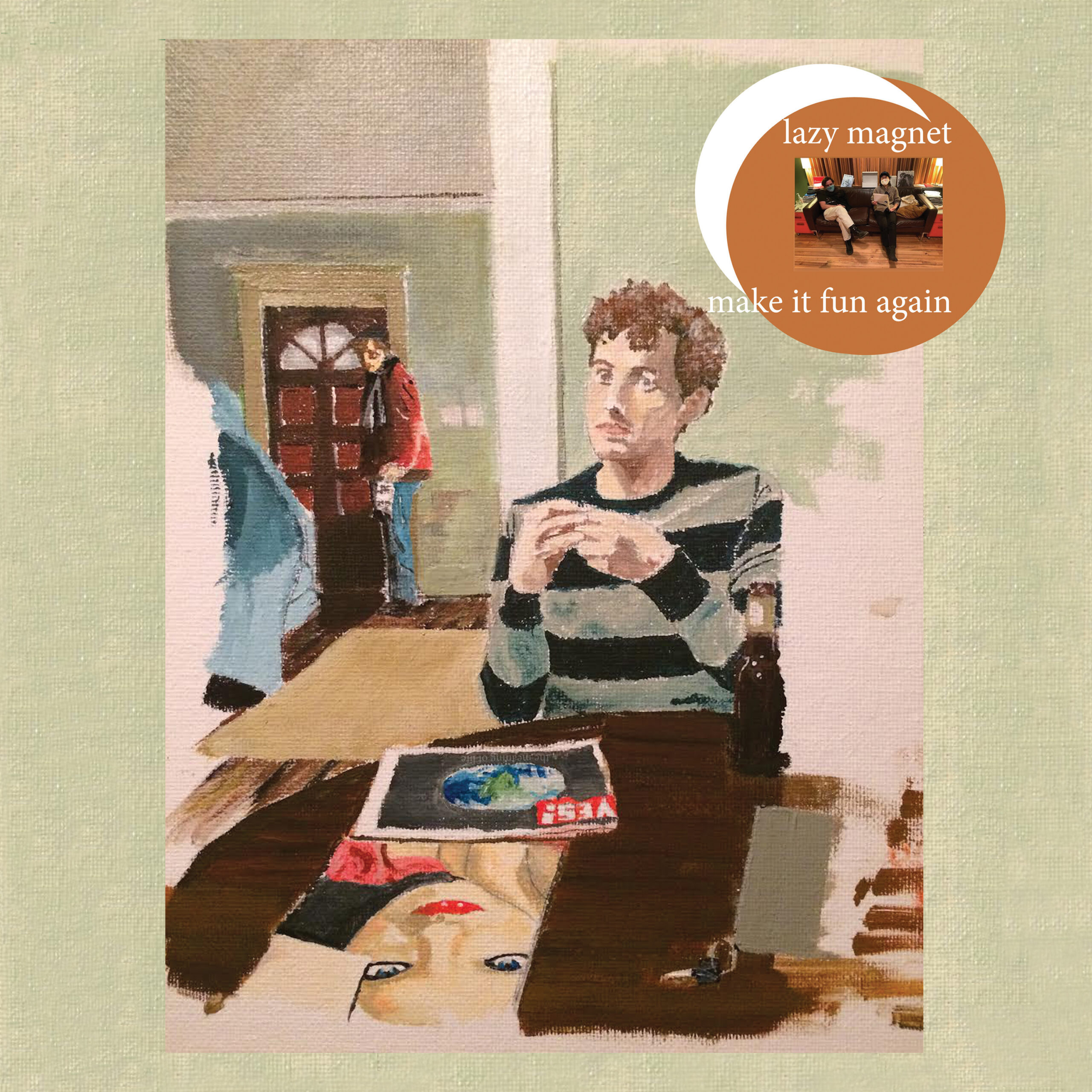