Frank & The Hurricanes - Love Ya Love Ya

Frank Hurricane’s been chugging along at his own personal pace for a good while now, and the further he rambles, the further we roam with him. Here he’s joined by Jake Merrick on bass, vocals, and keys and John Spiegel on drums and percussion. And it feels good.

The group exquisitely compliments Frank’s tales of travel and serenity and the embrace of uncertainty. There’s a languid hallucinatory Meat Puppets vibe to “Creekside Cooler,” “Spivey,” and “Wildorado,” a song with a killer Taco Bell shout-out. Elsewhere they lope through after-hours vibes that could be drawn from the Raccoon catalog or some Shangri-La Studio sessions.

“Cold and Snow” gives a classic American trope the Hurricane psilocybin head nod treatment. Frank’s always aware of spirits, and on “I Know I’ll See a Ghost” he casts himself as temporarily dead – or halfway dead at least. It’s the spiritual purgatory outlined by George Saunders in Lincoln in the Bardo funneled into a 90s flannel. “Devil’s Looking Glass” is almost bardic in scope and feel. “Dandelions” renders the intoxication of amorous desire into a chug worthy of Crazy Horse. “Luna Belle” starts as a lilting evening lament and gallops off to the moon before it gets started. “Dreamed About You” could be a song about missing just about anything or anyone or any hope or any wish.

And so Frank Hurricane yawps wide and loud, once again, without apology, from his jug of love. This record is an elegy to sadly departed friends (Danny Cruz, Terry Turtle, et al.), and a beautiful dream of a future none of us can quite imagine but should probably be working towards. 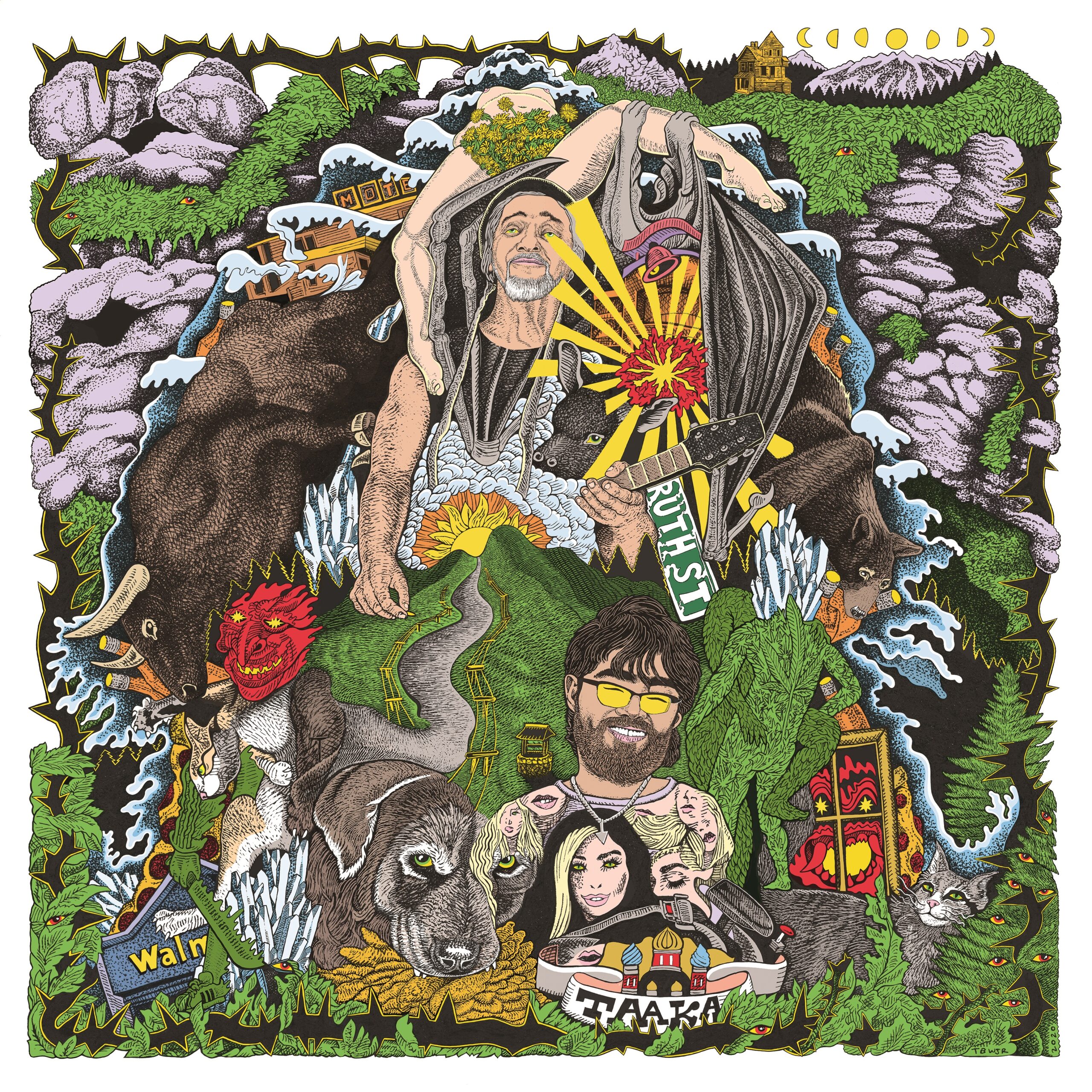