In collaboration with Nigel Cross’ Shagrat label, and Glenn’s own Snow Star concern, Feeding Tube is tickled to release the 40th Anniversary Deliuxe edition of Glenn Phillips’ first album released under his own name, Lost at Sea.

Originally issued by Snow Star in ’75, then licensed by Virgin in the UK, after Peel started playing it, LAS has long been a favorite of people of true refinement. Glenn had joined the legendary Hampton Grease Band while still in high school. He played with them their whole six year span, and was a key component of the sound on their sole album — the sprawling Music to Eat (which should be part of everyone’s collection). Following the dissolution of the Grease Band, and some additonal personal troubles, Glenn decided to record LAS at home, using his working live band of the moment.

The results were amazing. Glenn had always been able to conjure up flash for his solo spots with the Grease Band, but the playing here rose to a whole new level. The album is one of the best homemade prog LPs of the era. Hints of McLaughlin, Zappa and Duane Allman all manage to coexist in an instrumental jungle that is dense, angular and boss.

Packed inside the original fantasy art sleeve, now a heavy-duty Stoughton gatefold with pics and notes by Glen and Phil McMullen (of Ptolemaic Terrascope), this new set has also grown an extra LP. The music is of a piece, and a truly excellent expansion of this singular album. It was a long time coming, but we think it was worth the wait. Dig fast, they won’t last. 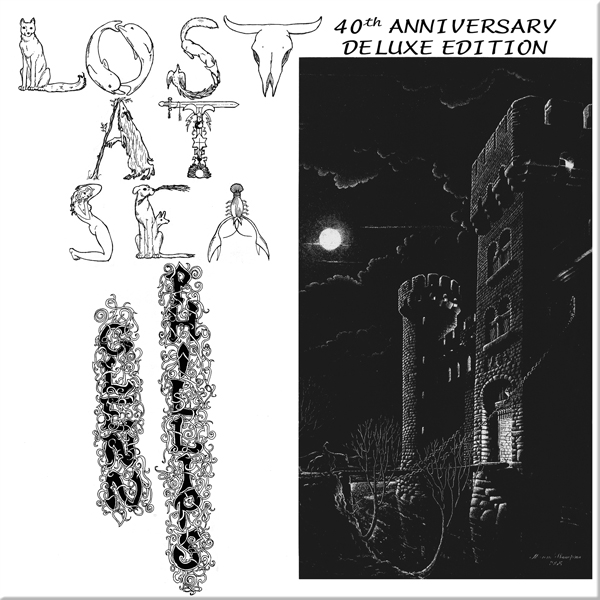