Banshee - Livin’ In The Jungle

Cardinal Fuzz and Feeding Tube Records are proud to present the Napalm Blast that is the forthcoming new Banshee record – ‘Livin’ In The Jungle’. Hailing from Boston and blazing red hot cinders through your eyes Banshee channel widescreen, kick out the jams motherfuckers psyche-rock-a-rama with a singer doing his best to channel both Alice and Iggy.  Yes they rock like crazy and play with the fired up fury of The Stooges, MC5 and The Alice Cooper Group as they let their freak flag fly
On ‘Livin In The Jungle’ Banshee detonate over 11 tracks of pure diamond arrangements that will lay you out flat and have your head swirling from the whallop of the sleazy          voodoo racket that Banshee have created. Informed in equal parts by the intensity of 60’s Detroit and The Alice Cooper Group and with a rhythmic underbelly the calls on in parts the funk explosion of WAR. From the opening Intro of ‘Genesis’ amid a barrage of bells, chimes jungle sounds and a group feeling the funk they lay straight into ‘The Law’  where without missing a beat and over a blast of guitar riffs, dive bombing bass lines, thunderous drums and a voice that spits out and caterwails with a vengeance you find Banshee freewheelin’ into what will become your favourite rock’n’roll LP for 2020. The engine has  started and the whole record is executed at a breakneck pace that is a furious rollercoaster ride to sweet oblivion. On the final epic sprawl that is ‘Caged birds’ which starts  out with a garage like Sister Ray bump’n’grind chug before descending into a glorious meltdown of  fuzzed up wah wah  guitars and glockenspiels before everything finally fades back into the jungle. ‘Livin In The Jungle’ is one rabid rock’n’roll animal of a record. 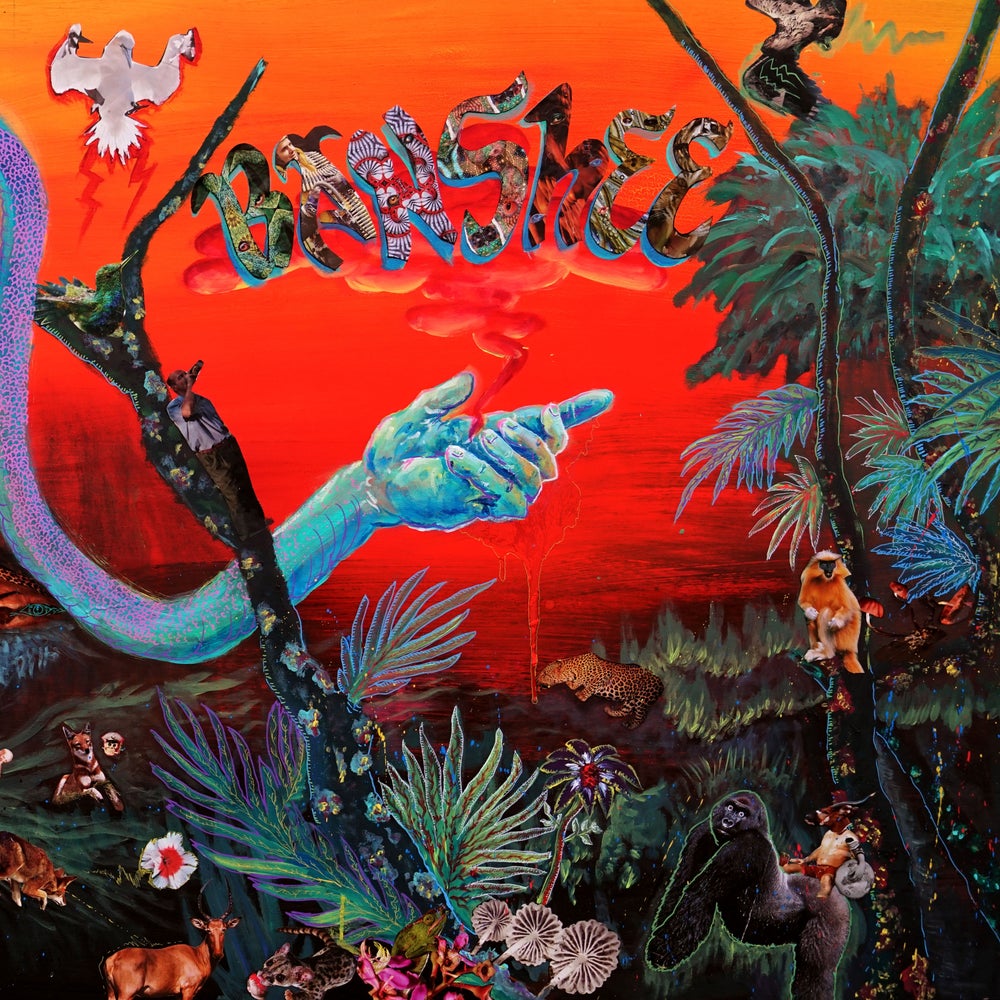