The second volume of live Mars recordings from Feeding Tube. This one was recorded at the band’s penultimate show, August 4 1978, with spectral help from Rudolph Grey on the side-long take of “NN End”. The quartet is at the full height of their power here, manipulating the language of tongue explosions both instrumentally and vocally.

Recorded by Brian Eno, the sound is an advance from the galacto-fidelity of the Artists Space LP, and the performance is a staggering example of Mars in their final phase. This is a stunning example of the No Wave impulse in its most experimental and personal guise.

The package also includes a download card for both Mars FTR LPs, as well as a 20 page booklet, “Mars As We Know It”, which is an oral history of the band assembled by Byron Coley & Thurston Moore from interviews conducted for their No Wave book.

Live at Irving Plaza is a beautiful souvenir of a woefully under-documented band. 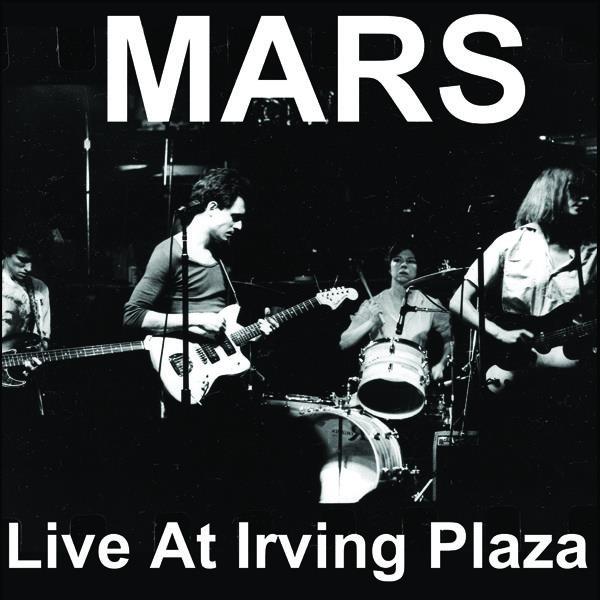